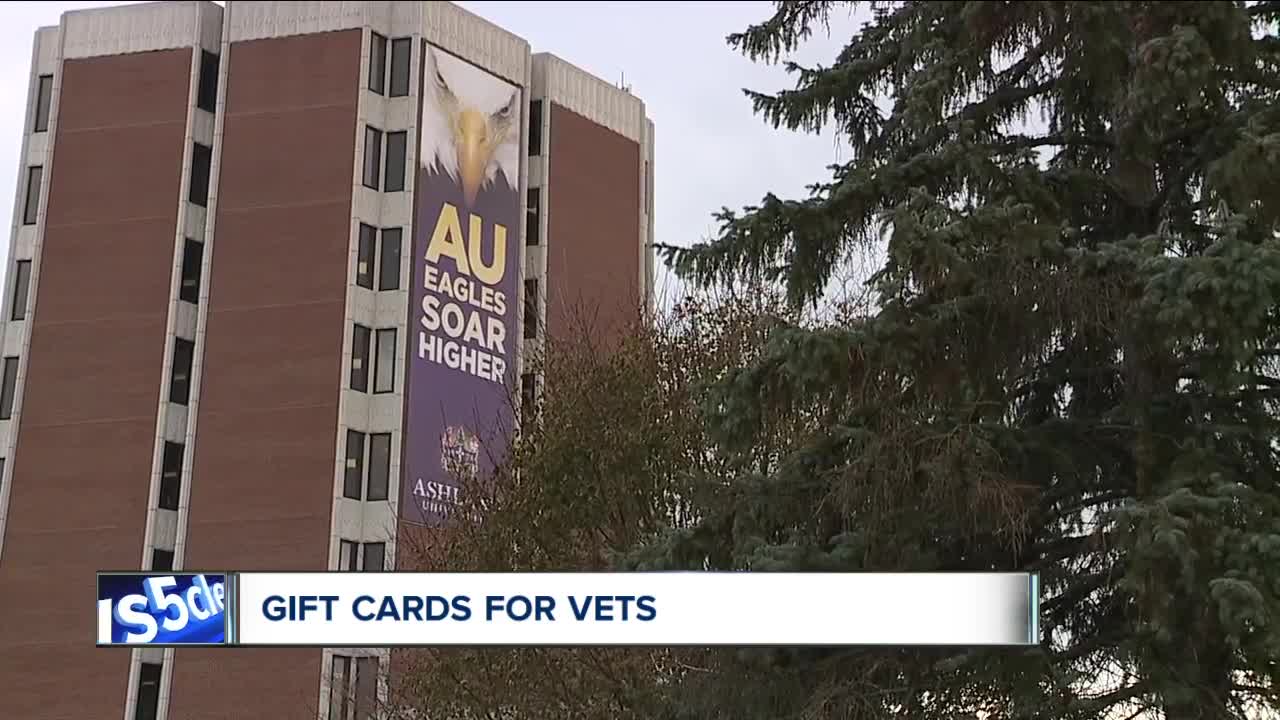 When Debbie Karl found out college students who are veterans only receive money from the government when classes are in session, she knew she had to find a way to help. 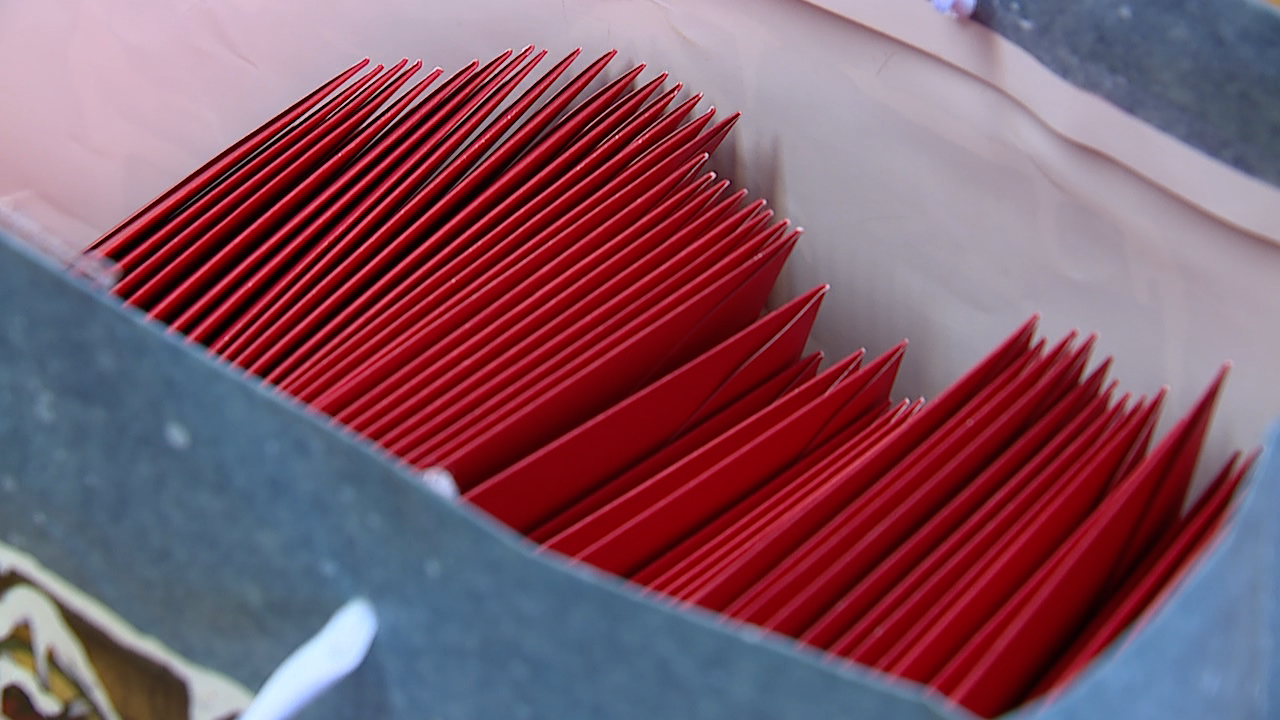 ASHLAND, Ohio — When Debbie Karl found out college students who are veterans only receive money from the government when classes are in session, she knew she had to find a way to help.

Karl, who graduated in 1972 and sits on the university’s Board of Trustees, has a special place in her heart for veterans.

"My dad was a veteran of the Navy,” Karl said. “He served in World War II and the Korean War."

Last year, Karl had a last-minute idea to buy gift cards for each of the 200-plus veterans on campus.

“One of them said, ‘You know, this is maybe the difference between paying my electric bill and buying my child a Christmas toy,’” Karl remembered.

This year, she decided she would do it again, with a bit more planning.

The students who showed up to Uniontown Brewing Co. in Ashland Friday afternoon thought they were attending a holiday party.

“It’s such a pleasure to be here today to actually meet in person so many of you that have served our country and sacrificed, and I just wanted everyone to know how appreciative I am for that,” Karl said.

After talking about her father’s service briefly, she told them she had gift cards for each of them, each worth $200.

"You should see how fun that is to go to Giant Eagle and ask for 186 gift cards,” Karl joked.

Karl’s work for veterans at the university involves much more than just gift cards. Karl also donated $1 million to build a Veterans Resource Center on College Avenue. The center, which is expected to be finished in May, will be a place where student veterans can come together as a community with others who have similar interests and experiences, Karl said.

"There’ll be offices in there. It’ll be a one-stop shop,” Karl said. “They can come in and register for classes. If they need counseling, that’ll be available to them."

Her work is helping student veterans like Andrea Ash, 24, who is originally from Mansfield. Ash just finished six years of active duty in the Navy and is now in the Reserves.

"To be honest, I didn’t know that was going to happen but she’s very generous,” Ash said of the gift cards, noting this was her first time meeting Karl.

Ash, who is studying exercise science and plans to get a doctorate in occupational therapy, said that since she is married with two children, college can be a little challenging socially.

“It’s really nice to have the veterans' program here because it’s more like a family and I like that,” Ash said. “When you’re on a boat or when you’re in your unit or whatever it may be when you’re in the military, it’s already a family setting. And so I think it’s really important for any college, really, to have that type of resource to make the veterans feel more at home.”

Kyle Miller, who served in the Air Force from 2006 to 2014 and spent another year in the Reserves, is getting his doctorate in leadership at Ashland after completing his MBA there.

“I couldn’t imagine doing [my education] at a younger age, really,” Miller said. “I was so immature in my 20s, even in my mid-20s, that I wouldn’t have had the discipline or foresight to be able to do it, so I think it’s been an advantage to do it later.”

Now, with a wife and kids and other obligations, Miller said furthering his education is “just a matter of prioritize and execute, which is something you kind of pick up along the way.”

Miller said he feels grateful for all the benefits and support he’s gotten as a veteran.

“Honestly, whenever people say, ‘Thank you for your service,’ I feel guilty,” Miller said. “I got to do what I liked to do, I got to do what I was good at doing and it was awesome. I would’ve done it for free. So the fact that they stack benefits like house, college and then people like [Karl], the beneficiaries here—the fact that they stack stuff on top of that, I feel really spoiled.”

Miller added, “It’s definitely thanks to the veterans who came before us, you know, from Vietnam, World War II and all that, who didn’t come home to the same kind of appreciation. So yeah, it means a lot that the civilian populace supports us so much, but really and truly it’s, ‘Thank you for paying your taxes so we can get the beans and the bullets.’ It’s really too much, too much.”

Karl is modest about the work she’s doing on behalf of veterans.

"This is just a little way to help them and to show my appreciation for what they’ve done for our country,” she said of the gift cards.