3 calves found along I-90 after falling from livestock trailer 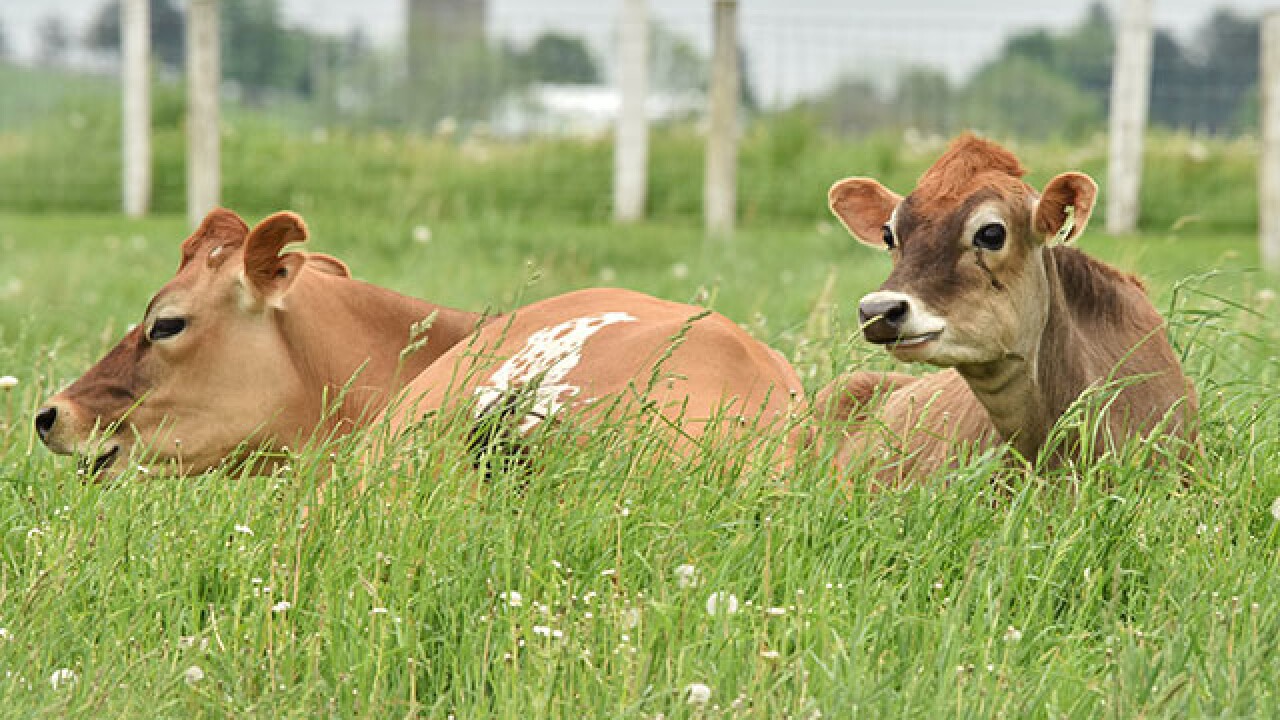 Copyright 2018 Scripps Media, Inc. All rights reserved. This material may not be published, broadcast, rewritten, or redistributed.
<p>File photo. These are not the calves mentioned in the story. Photo courtesy of Unsplash.</p>

The Ashtabula post of the Ohio State Highway Patrol is investigating after it discovered three calves along I-90 on Tuesday morning.

Troopers were dispatched to I-90 westbound in the area of Conneaut around 5:15 a.m. after they received reports of calves falling out of a livestock trailer and onto the roadway.

Callers told troopers they witnessed calves fall from the trailer in both Pennsylvania and New York.

Troopers were unable to locate the truck and the trailer. Two calves survived the fall, and one was pronounced dead, according to authorities.

The surviving calves were boarded onto a trailer by a local farmer in the area.

Agencies from the Ashtabula County Sheriff's Office, Conneaut police, ODOT and Pennsylvania State Police are working together to determine the identity of the driver and trucking company.