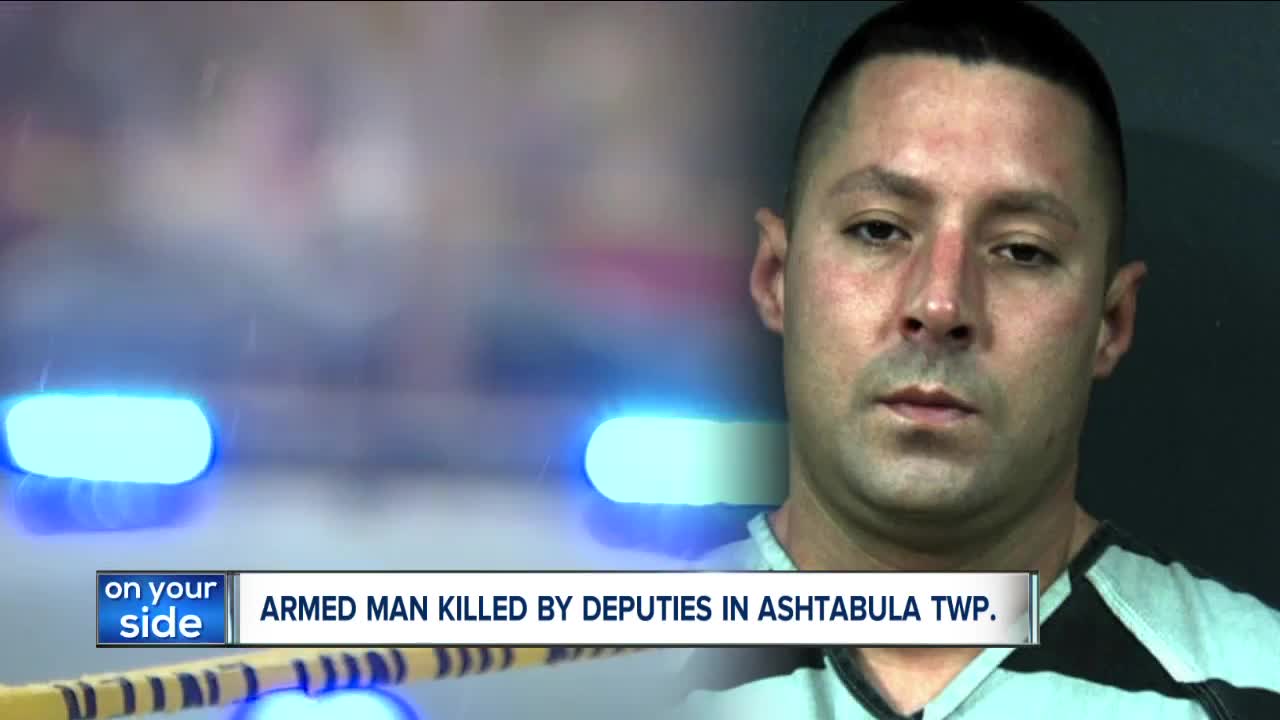 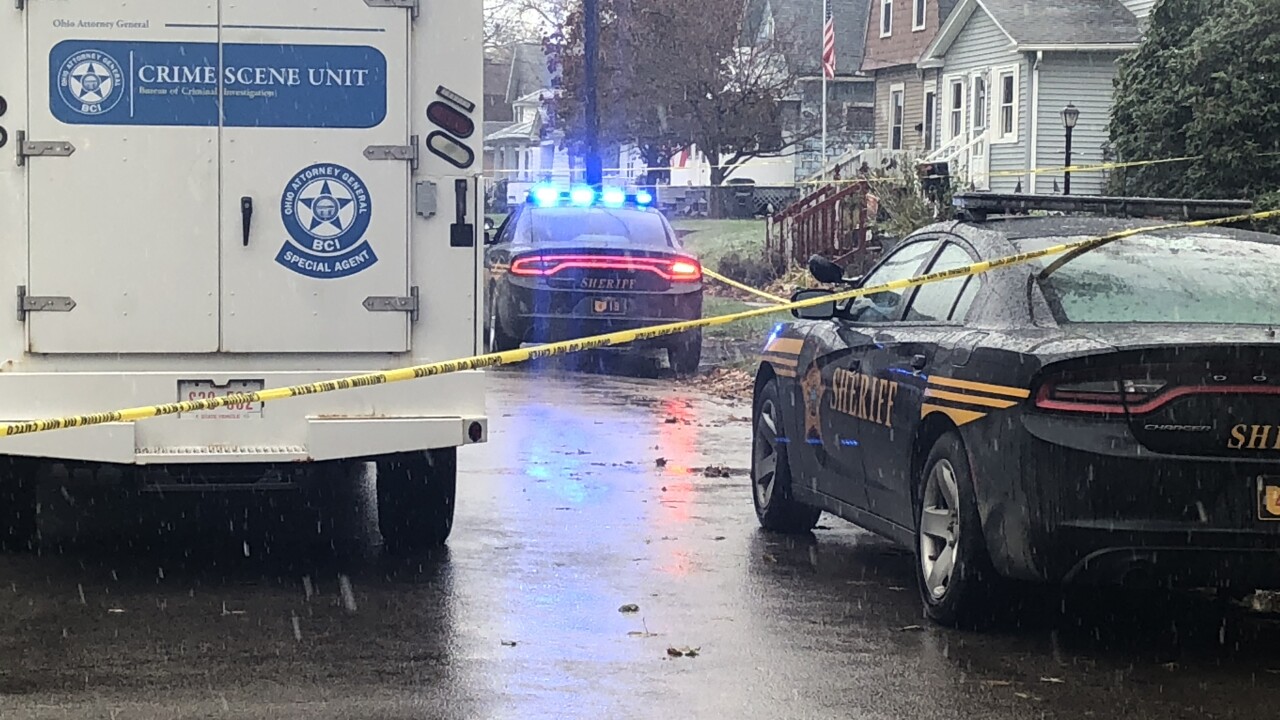 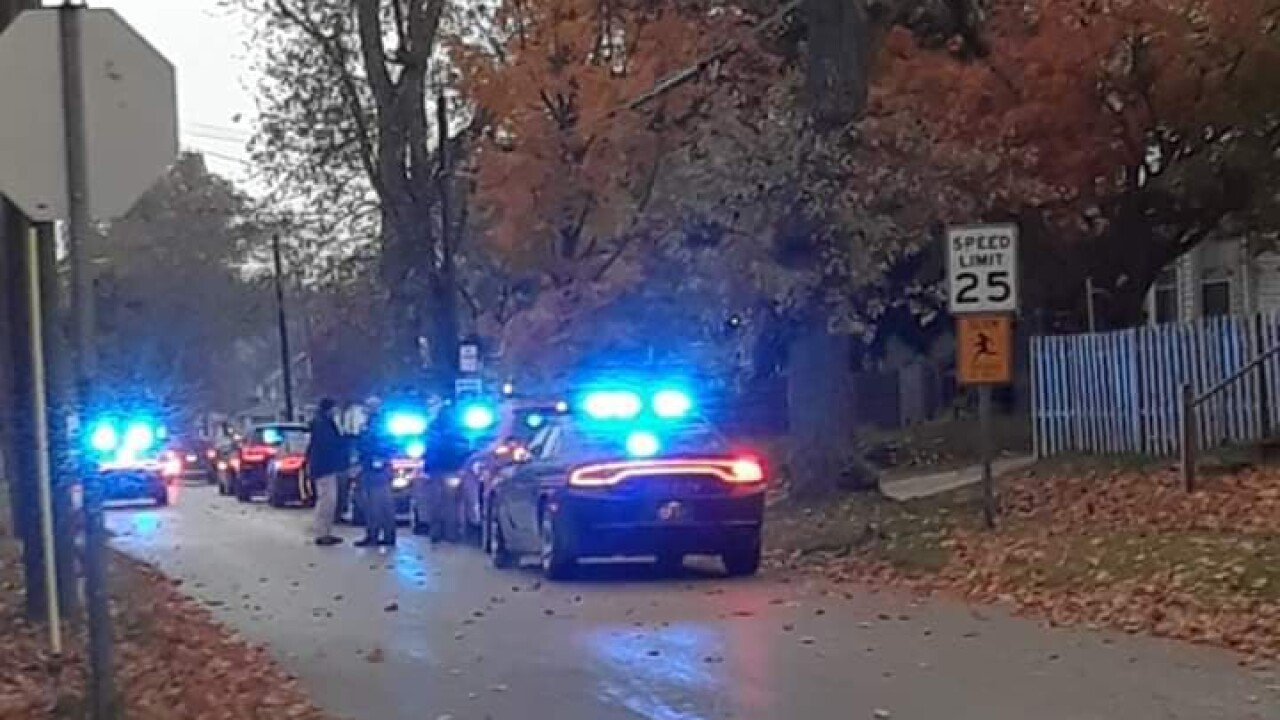 ASHTABULA TOWNSHIP, Ohio — The Ashtabula County Sheriff’s Department has identified the man killed in a deputy-involved shooting Thursday morning in Ashtabula Township. Authorities say Christopher Mills, who was armed with multiple firearms and was wearing a bulletproof vest, was holding a shotgun and refused commands to drop the weapon when he was fatally shot by two deputies.

Around 7 a.m. Thursday, deputies were dispatched to a home on East 39th Street after a neighbor called 911 to report hearing as many as five gunshots. When deputies arrived, they found a woman who had broken through a second floor window to escape Mills.

“She yelled for help saying the perpetrator… was in the house with a gun,” said Sheriff William Johnson.

While one deputy tended to the woman, two other deputies raced around the back of the home and noticed the back door had been shot out, Sheriff Johnson said. Upon going inside, the deputies reported finding Mills in the living room armed with a shotgun.

The Ashtabula Fire Department whisked Mills to the hospital where he was later pronounced dead. After securing the crime scene, Sheriff Johnson said deputies found that Mills had brought with him a handgun, two shotguns, two knives, scores of ammunition in a backpack, as well as a flare located in his boot. Mills was also wearing a bulletproof vest, Sheriff Johnson said. It appears Mills drove to the home prior to shooting through the lock on the back door, Sheriff Johnson said.

The longtime sheriff said at this point in the investigation, which is currently being led by BCI, it appears that the incident was domestic in nature. The woman and Mills knew one another but the extent of their relationship remains unclear.

At the time of the incident, the woman, another man and three children all under the age of 10 were sleeping inside the home.

“[Mills] was on some kind of mission. That will be what the investigation will put together,” Sheriff Johnson said. “Something was awry there, there’s no doubt about it. We can all draw conclusions but that is what the investigation will be worth. Nobody wants any kind of outcome like that but I’m happy that nobody else got injured, the kids and whether it’s the girlfriend or wife or other male. It’s just one. One is too many but the deputies did what they had to do.”

BCI agents combed through the scene for several hours Thursday before allowing neighbors living nearby to return to their homes around 3 p.m. The two deputies involved in the shooting, which Sheriff Johnson said were veterans of the department, remain on paid administrative leave, which is standard procedure for any police action shooting.

“We don’t ever want that kind out outcome. We want everybody okay and whoever is in violation, they take the punishment,” Sheriff Johnson said. “We don’t want to see any deaths but unfortunately in this particular case that’s what happened.”