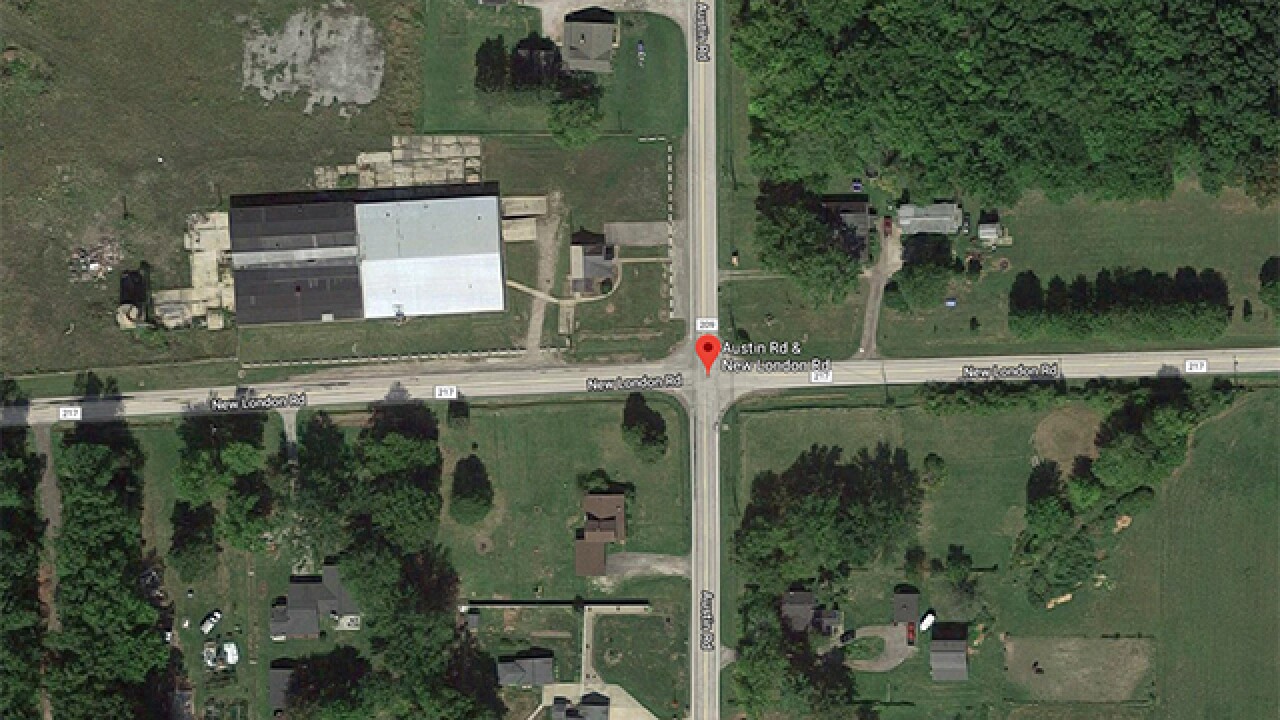 Copyright 2018 Scripps Media, Inc. All rights reserved. This material may not be published, broadcast, rewritten, or redistributed.
<p>A crash happened at the intersection of Austin Road and New Lond Road in Ashtabula. Image courtesy of Google Earth</p>

The Ohio State Highway Patrol is investigating a crash that killed a driver of a motorcycle on Monday.

The crashed happened at around 7:46 p.m. on Austin Road and New London Road in Geneva Township

A Chevrolet Cruze was traveling east on New London Road when the driver stopped at a stop sign at the intersection of Austin Road.

The driver of the Cruze failed to yield from the stop sign and was hit by a BMW motorcycle traveling north on Austin Road.

The driver of the motorcycle was ejected off the bike and was pronounced dead at the scene. The driver of the Cruze continued to travel off the right side of the roadway and struck a ditch, according to the OSHP.

The name of the motorcycle driver is not being released pending family notification.

Alcohol and drugs do not appear to be a factor in the crash. The crash remains under investigation.