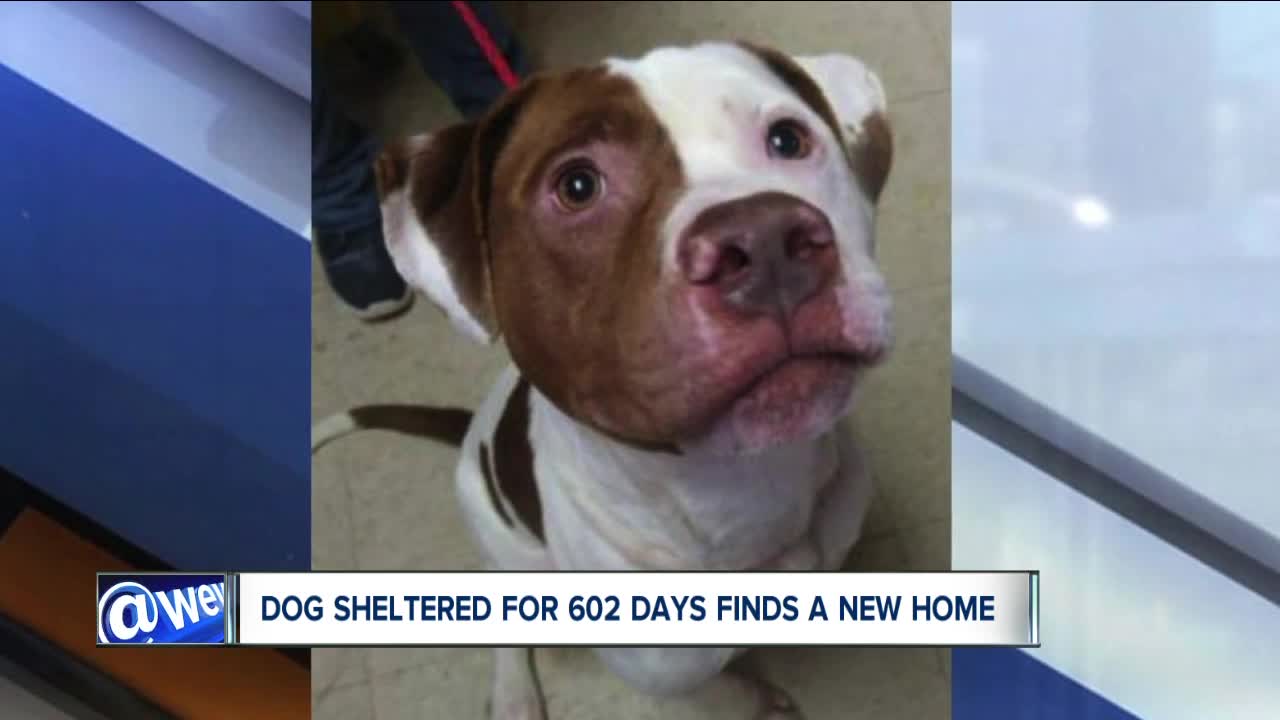 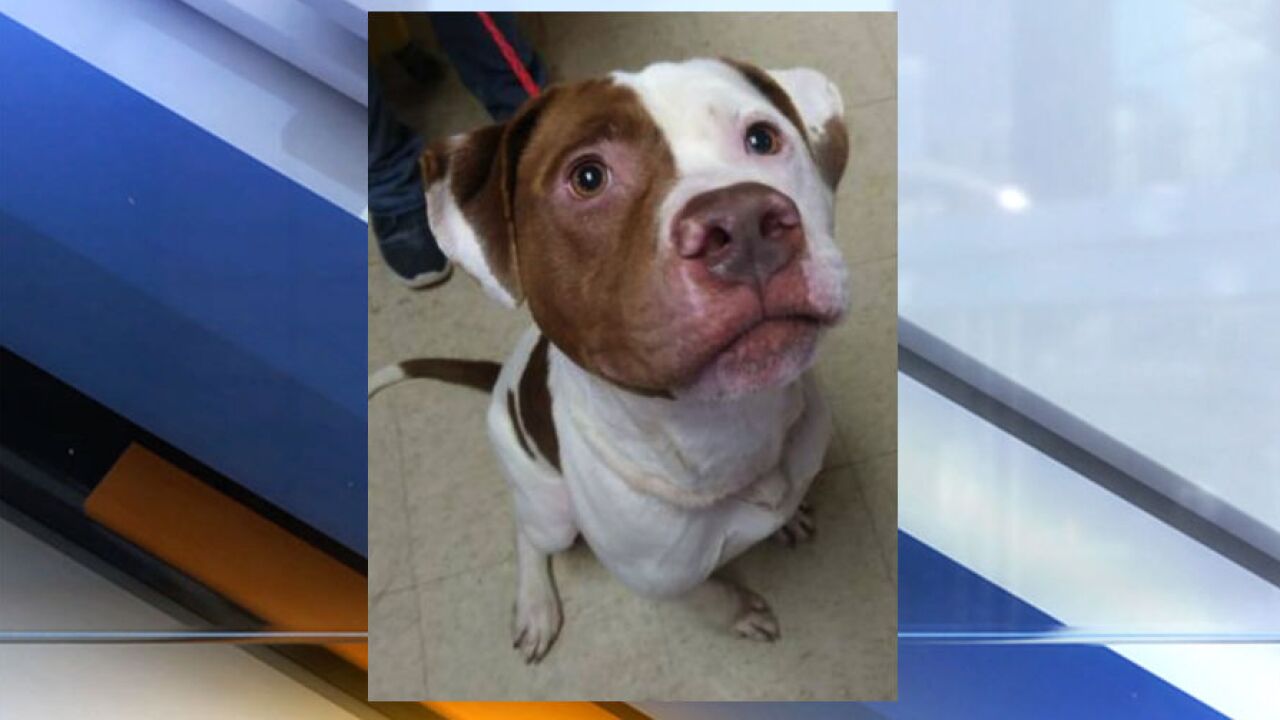 ASHTABULA, Ohio — After spending over a year at the Ashtabula County Animal Protective League, an American bulldog named Patches has finally found a home.

Patches, who was brought into the shelter on Jan. 12, 2018 spent a very long 602 days at the shelter before being adopted on Friday.

The shelter had described Patches as a ladies man and said he required a home with only female dogs or no other pets and no kids under the age of 10. He found the perfect fit.

Ashtabula County Animal Protective League shared the photo of Patches with his new owner on Facebook, saying that they are ecstatic that Patches is in a place where he can give kisses at any time of the day.