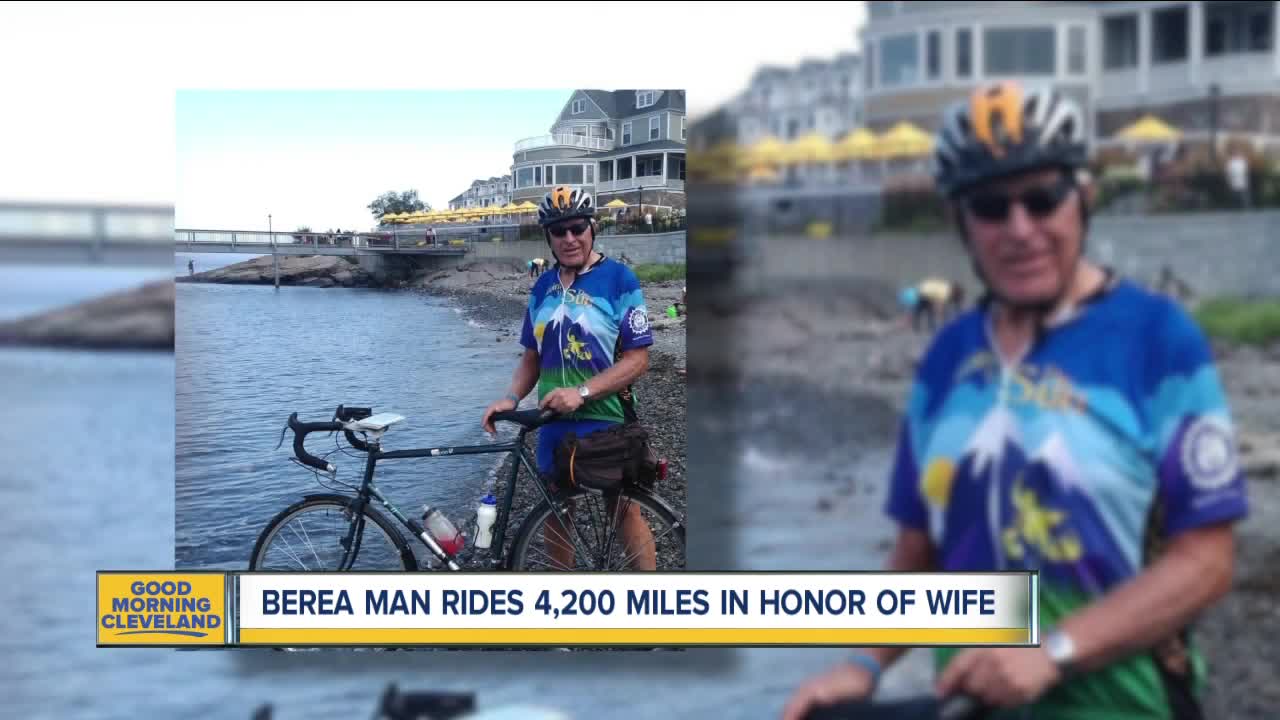 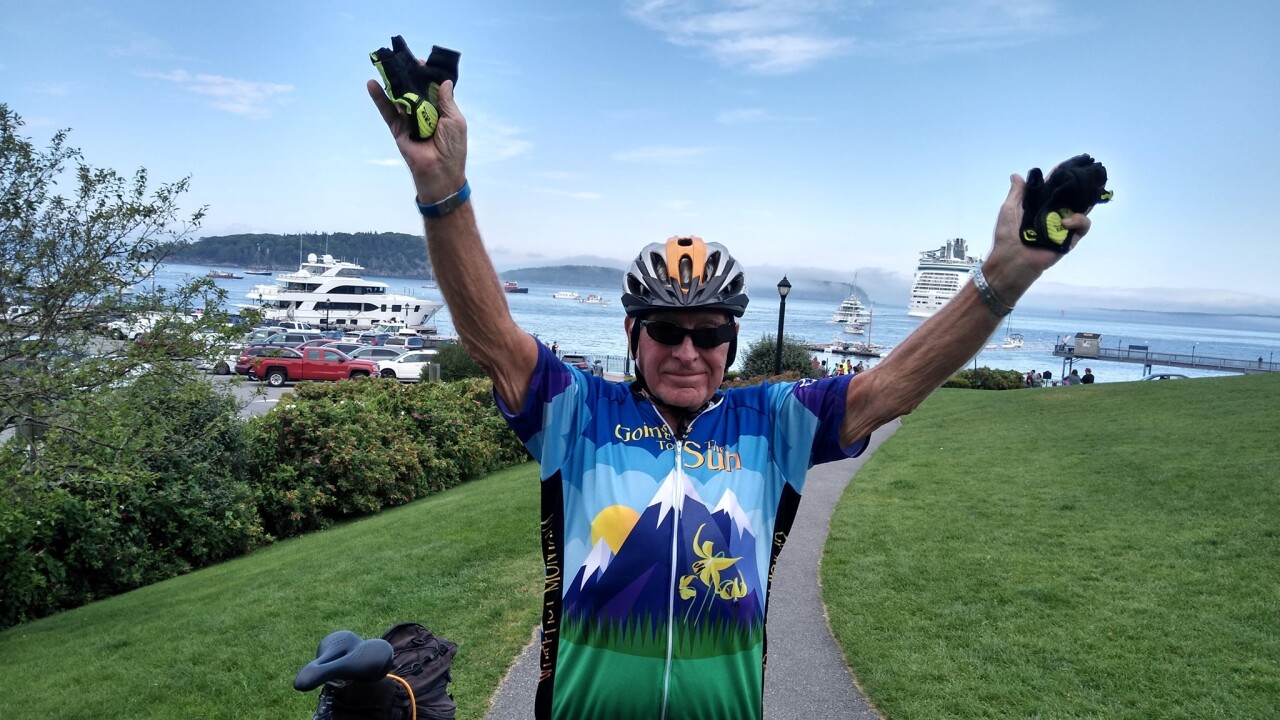 BEREA, Ohio — An 81-year-old Berea man has made it back home after he cycled more than 4,200 miles across the country to raise money for hospice care.

Ron Isgro began his journey along the TransAmerican trail, a 4,223-mile trek, on June 14—his 55th wedding anniversary.

Isgro’s wife, Carol Ann Klapproth Isgro, died in 2017 from complications of frontal temporal dementia. In Carol’s last days, she was treated by the Hospice Services of Southwest General in Strongsville.

To honor his wife, Isgro decided to bike the route and raise money for other patients in hospice care while paying tribute to how enthusiastic Carol was for travel and new adventures.

The journey began in Anacortes, Washington and ended in Bar Harbor, Maine. Isgro only took two rest days during the entire trip, traveling 30 to 84 miles per day.

“There were some times I was going up some of these mountain passes that went forever, I'm thinking 'what am I doing' and it's like I could be home comfortable, you know, but then I remember why I was doing it," Isgro said.

To learn more about Isgro's journey or to donate to his cause, click here.