After growing up in East Cleveland, artist now empowers youth through graphic design 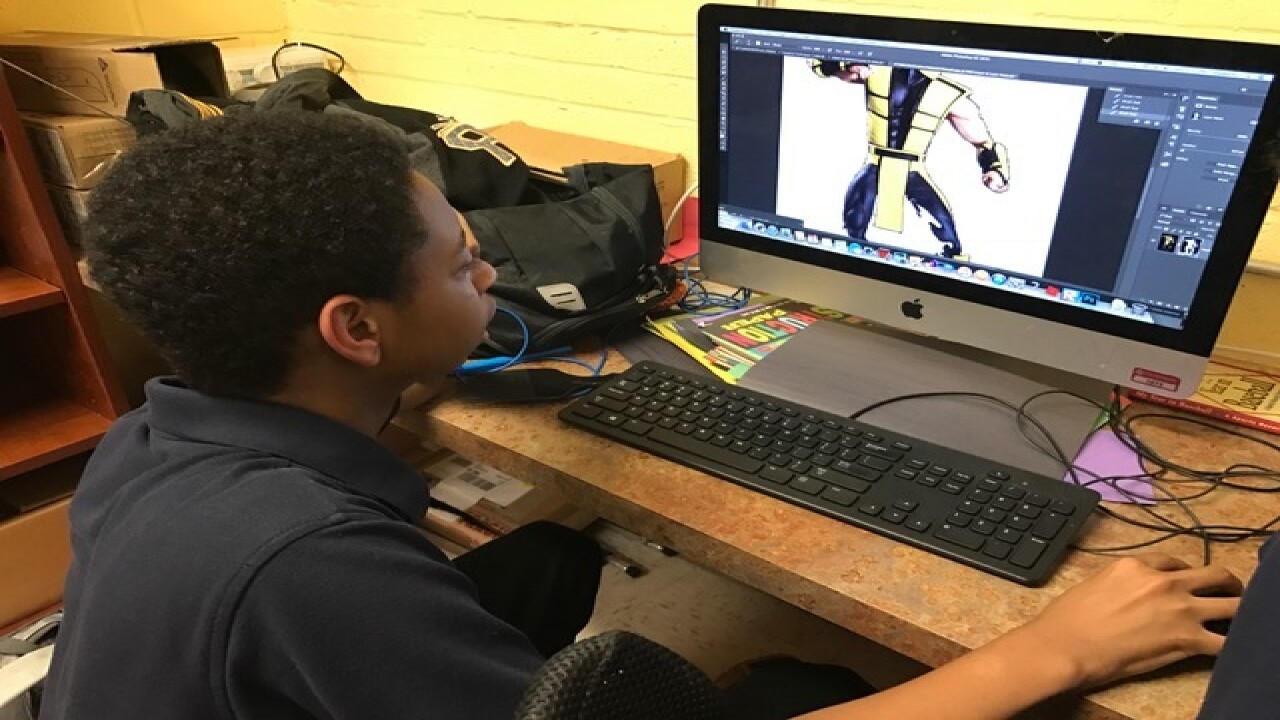 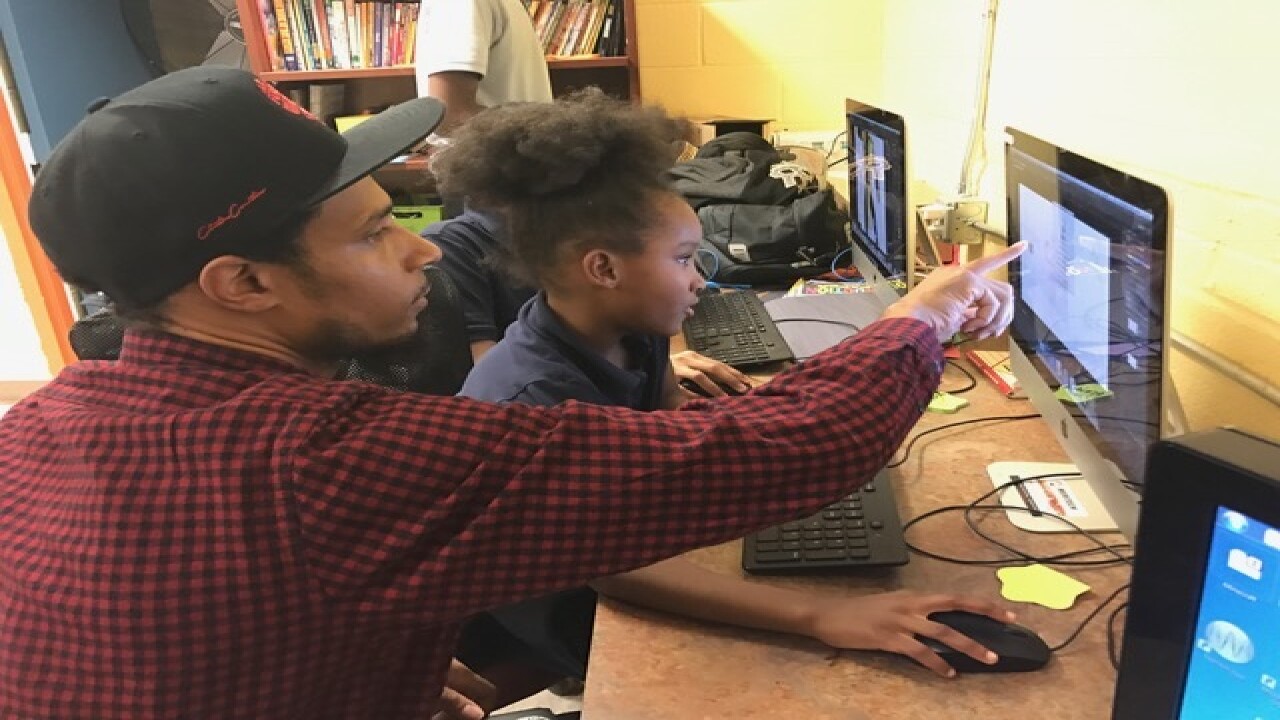 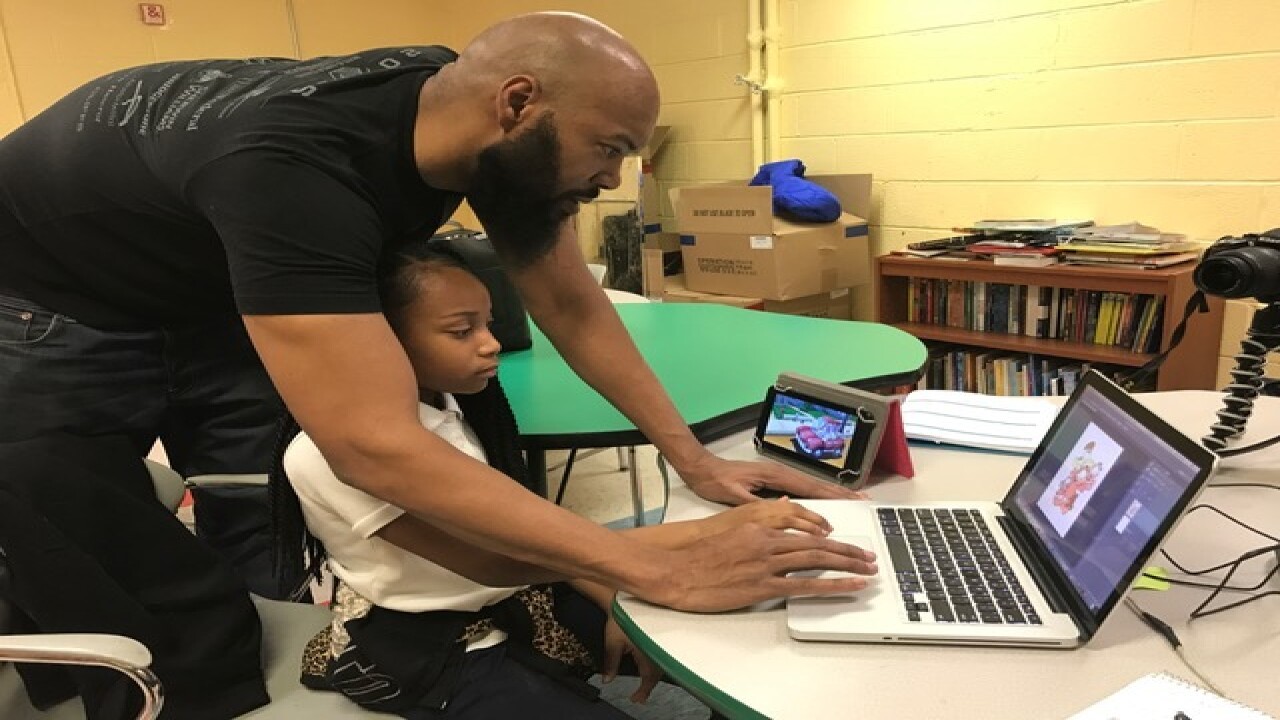 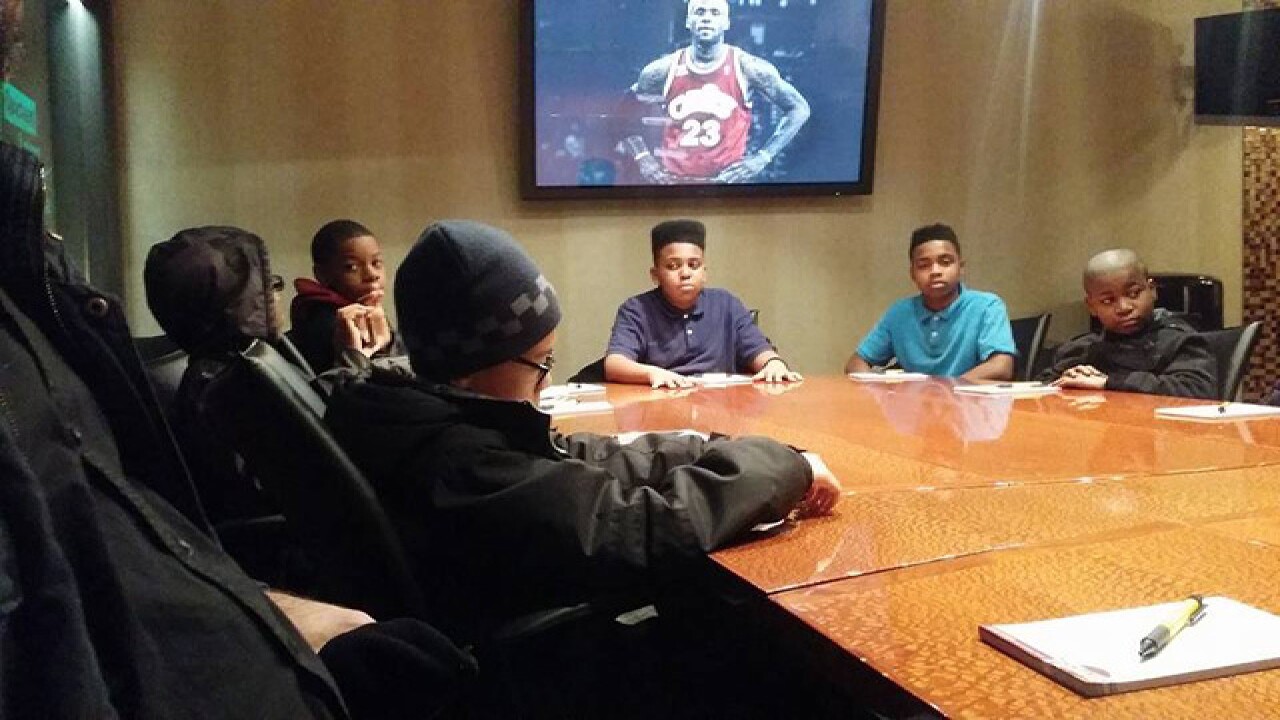 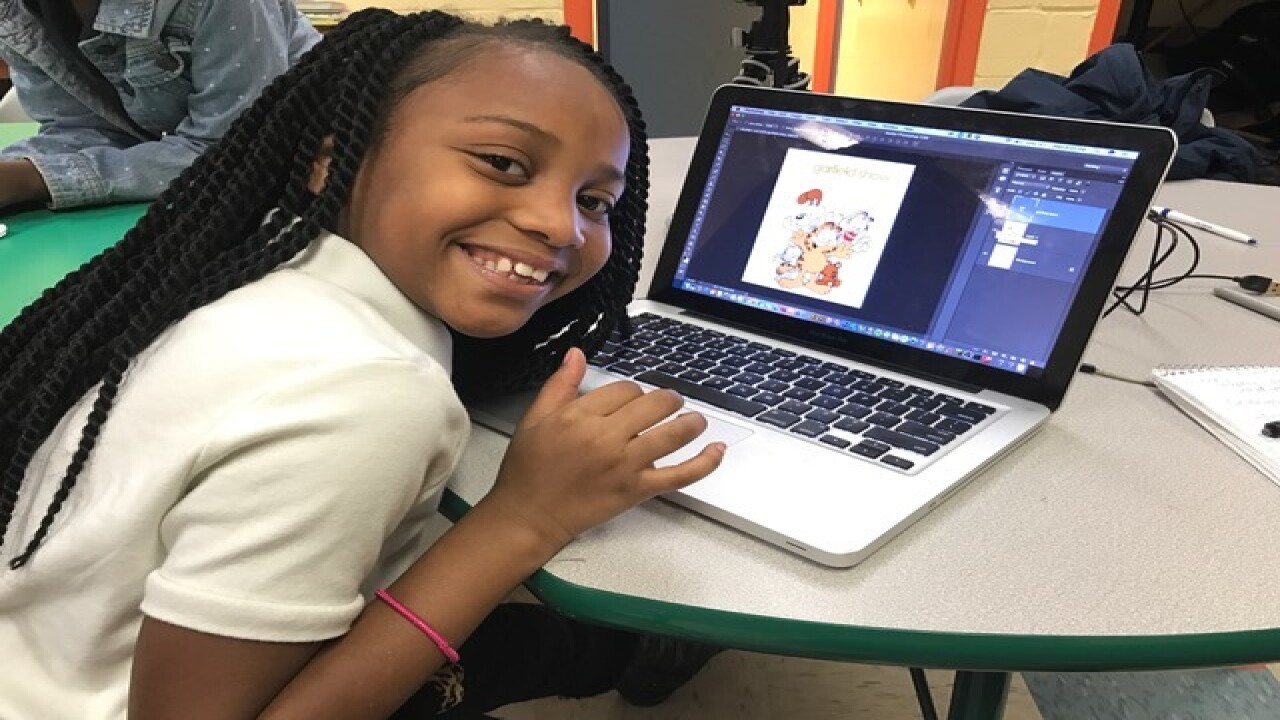 In East Cleveland, pot holes in the streets become larger over time and buildings that once stood tall and welcoming are now boarded up and abandoned. For blocks, the remains of demolitions and foreclosures become physical reminders of diminishing opportunities and lack of attention by outsiders and the city.

Making the lives of the children who walk these streets a little brighter is a local graphic designer and instructor Jamal Collins. Growing up in East Cleveland and seeing the overall decline from the mid-70s to the 90s, Collins saw many friends and neighbors fall to bad opportunities and drugs that landed some in prison.

"I wanted to bring awareness to this area with some type of social mission on how and what can be done to make this place a better place," Collins said.

Collins wanted something different than what his friends settled for in the community and what society assumed he would become. He enrolled at University of Akron and graduated with a Bachelor's of Fine Arts in 1997. After working in the corporate world for about nine years, Collins didn't feel the passion that the craft of designing once gave him. He started freelancing and volunteering at schools.

It was the yearning of a mentor when he was growing up that inspired him to get involved with the Boys and Girls Clubs Cleveland chapter. He presented the idea of doing specialized graphic design work at two locations: King Kennedy and the Martin Luther King, Jr. Civic Center.

"I've been inspiring and mentoring them so a lot of stuff that I teach them isn't just about design, it's about social responsibility and how to navigate through a culture racism stills exists," Collins said. "Trying to build a culture of design in high-risk communities."

Collins uses Adobe Creative Cloud, Final Cut Pro and Photoshop to teach kids the principles of design. When he was going through school and was using his design out in the field, he wished there was more emphasis on personal marketing and how to use creativity to make money, even before earning a college degree.

Students come to him with the interest in joining his after school program. Collins struggles to keep the attention span of some students because as he describes "they are consuming too much on video games and phones, that they don't produce and upload enough content."

To show how the skills they learn in the classroom can transfer to a professional environment, Collins' hand picks a small group of students to attend field trips. So far, he has taken them to the Cavs Digital Design Team, Hyland Software, and Go Media, to name a few.

"I bring them into this lifestyle and introduce them to other designers, projects, and companies so they can see where graphic design can take them," Collins said.

When Mr. Collins walks in, as his students call him, the energy in the classroom is palpable. Even after a long school day, all of them are excited to create something on the computer that they can call their own.

One of Collins' most promising students, DeAngleo Tabor, has been taking the program for a little over a year. When asked what he wants to do when he grows up, his eyes light up.

"I want to combine what I've been learning in graphic design and my interest in videos so I can work on YouTube one day," Tabor, 14, said.

Collins said he is grateful to be in the students' lives and hopes he makes an impact big or small. He acknowledges that because of the environment many of his students don't have computers in their homes, it creates a challenge for them to practice and develop the skills they learn. Out of the nine students there, only one had a computer.

"Because of the environment they are in, I want them to know they still have a shot in life," Collins said.