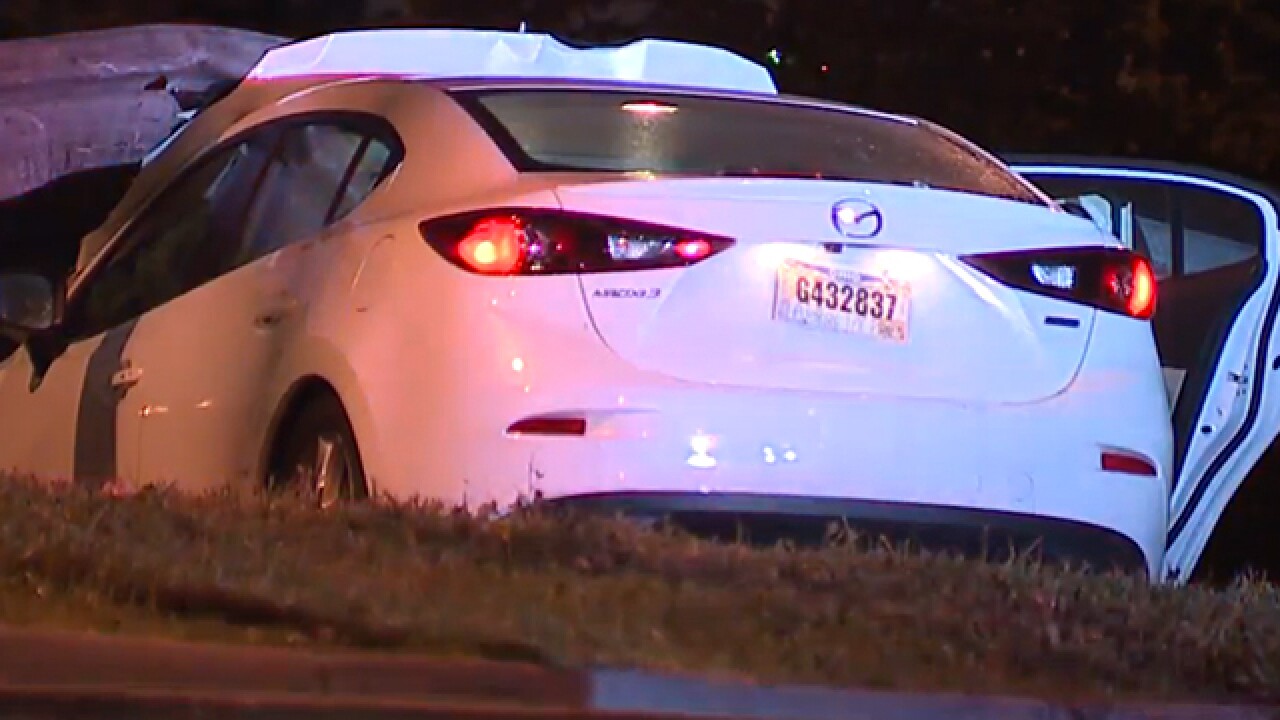 Copyright 2018 Scripps Media, Inc. All rights reserved. This material may not be published, broadcast, rewritten, or redistributed.
<p>The scene of a crash at the I-71 and W. 25th Street ramp after a police pursuit.</p> 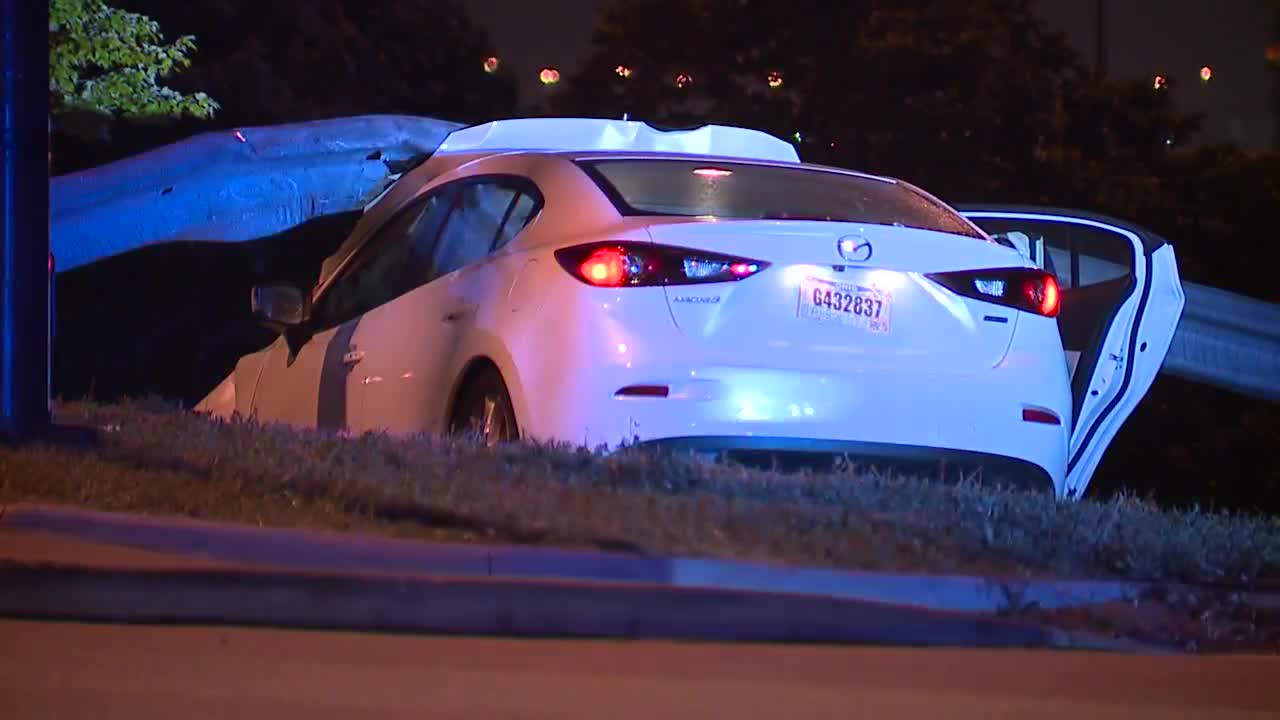 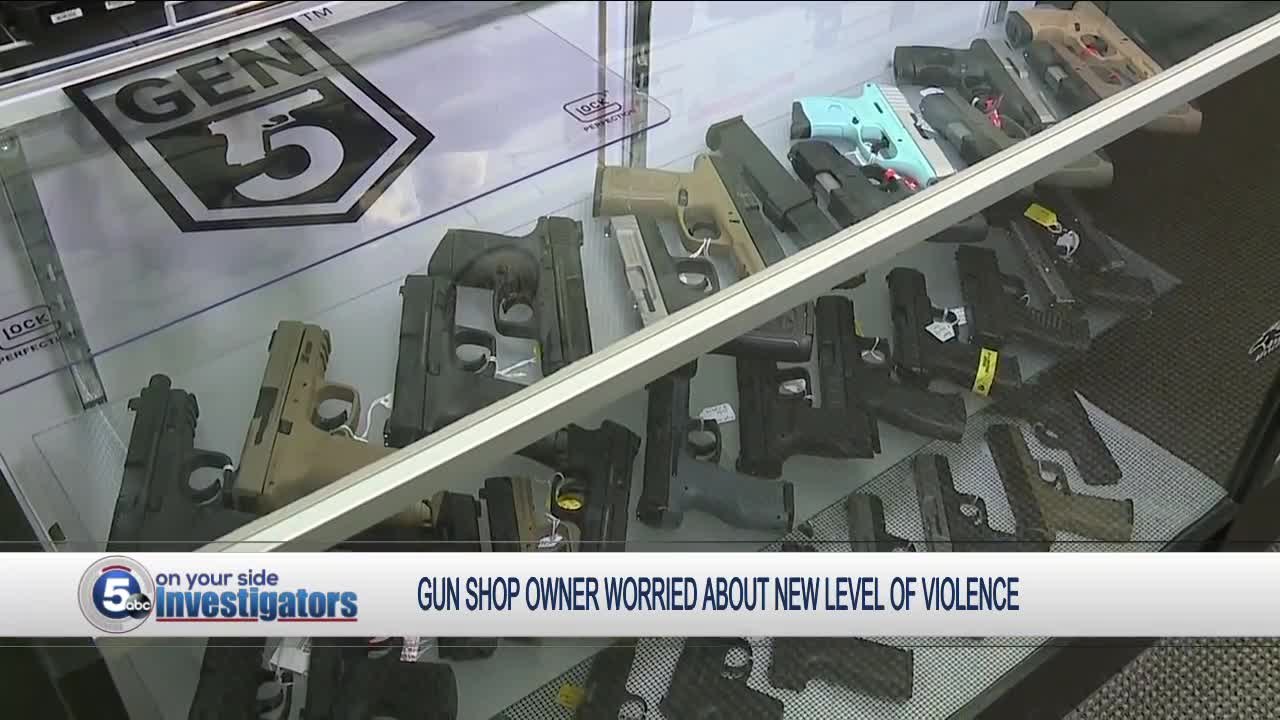 UPDATE: Cleveland police said the Valley View incident was an attempted gun store robbery. New information indicates that the suspects may have attempted to burglarize the store. We have updated the story to reflect this.

An adult and a teenager are in custody after an armed carjacking overnight in Lakewood led to an attempted gun store burglary in Valley View and a police chase early Thursday morning.

Lakewood police said the crime spree began with a woman who was parking her vehicle on Wednesday on Halstead Avenue at about 11:54 p.m. when she was confronted by two men.

One of the men had a handgun and demanded the 29 year old move away from her car. They took the vehicle and drove away, according to Lakewood police.

The victim was not injured and declined any medical treatment.

According to the owner of Cleveland Armory in Valley View, several men pulled into a neighboring parking lot. They were only there for a few minutes before an officer on patrol spotted them running near the store, the owner said.

Police said they pursued the men for about 12 minutes before they lost sight of the vehicle, according to a Valley View police official. Shortly after the pursuit, police received word that the car crashed in Cleveland.

The chase ended at the ramp at Interstate 71 and W. 25th Street. A News 5 reporter witnessed three men run into the Riverside Cemetery. K9 units and other agencies searched the area for the men.

One adult and one teenager were taken into custody, and police said they are still looking for a third suspect. Police expect to file charges on Friday.

A loaded gun was recovered from the car, and Lakewood police confirmed that it was the same car taken during the carjacking Wednesday night.

Valley View police said they have stepped up patrols because Thursday was the third time someone has attempted to break into the Cleveland Armory in the last six weeks. The owner said he is concerned about what seems to be a rising level of violence that criminals are willing to commit, as evidenced by the carjacking Wednesday.

All of it comes as the number of gun store burglaries has skyrocketed nationally.  According to ATF figures released earlier this year, burglaries at licensed firearm dealers have risen nearly 71 percent in the last five years.  The number of guns stolen is up almost 134 percent.