Authorities in Oklahoma are asking for the public’s help in identifying a hitchhiker from a 28-year-old cold case who may have been picked up by a truck driver in Cleveland.

On January 18, 1990, a semi truck driven by James Edward Taylor, of Texas, crashed on US 259 in Oklahoma. He survived, but inside the truck was a woman who was killed during the crash, according to the Oklahoma Highway Patrol. 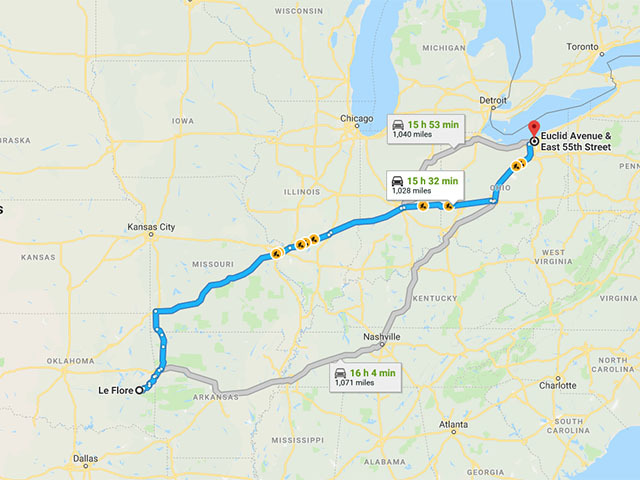 Taylor was subsequently charged with Jane Doe's death, but charges were eventually dismissed, according to OHP.

Taylor’s sister told authorities she believed Jane Doe went by “Beth” or “Baby.” Jane Doe was believed to be 25 to 35 years old at the time of her death with short black hair and brown eyes, according to authorities. She also had a scar on her abdomen believed to be from C-section, troopers said.

According to authorities, Jane Doe was wearing a shirt, sweater, pantyhose, pants and a belt. Her only personal item found was a gold-colored ring with a pink stone. OHP traffic homicide investigator/trooper Tim Baker discovered it at Evans and Miller Funeral Home in Poteau, Oklahoma, troopers said. The funeral home kept the ring for the past 28 years, according to OHP.

Last summer, investigators with the OHP Traffic Homicide Unit, the Oklahoma Medical Examiner's Office and the Leflore County District Attorney's Office worked to get an exhumation order for Jane Doe in the hopes of obtaining a DNA profile. Investigators said they were recently notified that a complete DNA profile was developed by The University of North Texas Center for Human Identification, and the profile has been entered into the DNA databases for comparison. The profile also includes X-rays and fingerprints for comparison purposes.

Anyone with information or who wishes to submit a family reference DNA sample to compare against Jane Doe's DNA profile should contact one of the following people: