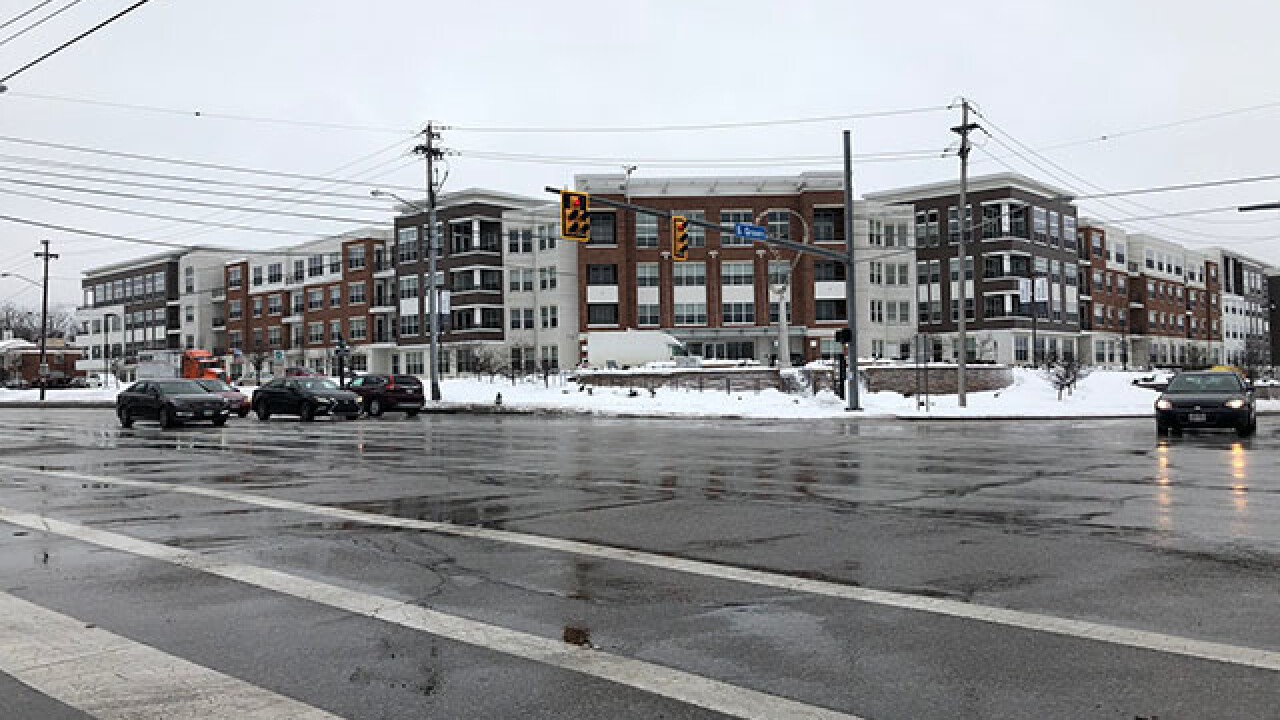 Beachwood residents are watching a blame game while two real estate companies say the other is responsible for maintenance issues at The Vue apartment complex.

The current owners say the problem with the buildings are because of “original building defects,” while the company that built it says proper maintenance would prevent the issues.

Tuesday, the City of Beachwood told News 5 it won’t get involved.

Water falling from light fixtures Monday night at The Vue is just like the flooding a week before in the same building that chased Meagan Houser and her husband from their apartment in Beachwood.

“His whole closet of suits and button-down shirts, ties are all going to have to be replaced, and where talking about 10-plus suits,” said Houser.

Their new apartment is now a maze of damaged belongings from the old one.

“Here’s the waterline, it goes all the way down,” said Houser, pointing to her damaged couch. “The problem is going to be the mold.”

The residents now are fending for themselves.

Stark Enterprises, and its management arm, Comet Management, is setting up one on one consultation meetings for residents after Monday night’s flood.

But the buildings owners, Strategic Properties of North America, say the damage isn’t their fault. They told us in an emailed statement late Monday, “The building was originally developed and built by NRP of Cleveland, and these latent defects are surprising, given the NRP’s reputation for quality construction.”

Tuesday, NRP fired back, saying “...the issues described at The Vue would suggest that they are weather-related and easily remedied by proper maintenance.”

News 5 took those complaints to Beachwood city council members and newly sworn-in Mayor Martin Horwitz. He and city councilman Erin Synenberg went to The Vue Monday night to see the damage for themselves.

The city says there’s nothing they can do because inspection reports say the building is up to code. Since it’s not uninhabitable, Mayor Horwitz says his hands are tied.

Mayor Horwitz said he told people they were welcome to speak during the public comment section of Tuesday’s City Council meeting, but he’s already told us he doesn’t intend to respond to their complaints tonight.