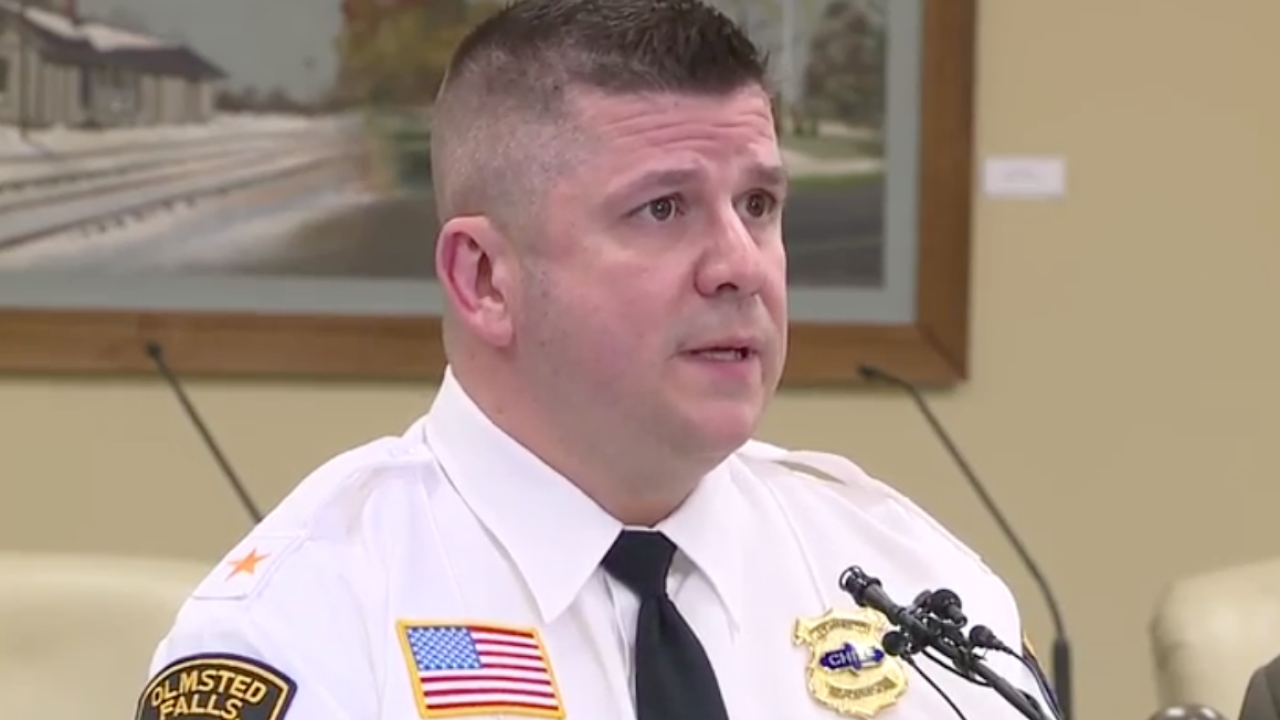 OLMSTED FALLS, Ohio — Employees at an Olmsted Falls pharmacy were held up at gunpoint Monday by a man who jumped a counter and demanded they fill a sack up with drugs.

You can watch a livestream of the Olmsted Falls press conference regarding the robbery below:

The robbery happened around 4:45 p.m. at the Olmsted Falls Drug Mart, according to authorities.

Before vaulting the counter, the robber casually walked around the store before targeting the pharmacy and demanding opioids. Following the robbery, the robber simply walked out the store’s front door, authorities said.

No one was harmed during the incident.

Officers responded to the scene within about two minutes, but the man had already gone.

Authorities say the robbery may be connected to a similar incident at a Drug Mart in Brunswick Hills.

Olmsted Falls police chief Odis Rogers said he was, “impressed by the response of Drug Mart employees for their ability to remain safe and being great witnesses in the investigation.”

“Despite being shaken up, they were able to provide many details about the suspect, his behavior and the event,” Rogers said.

The robber is described as a black man in his late teens or early twenties about 5 feet eight inches tall and weighing around 125 pounds. He was wearing black sweatpants and a red puffy jacket. The man should be considered armed and dangerous, authorities said.

This was Olmsted Falls first armed robbery in more than a decade, according to Rogers.