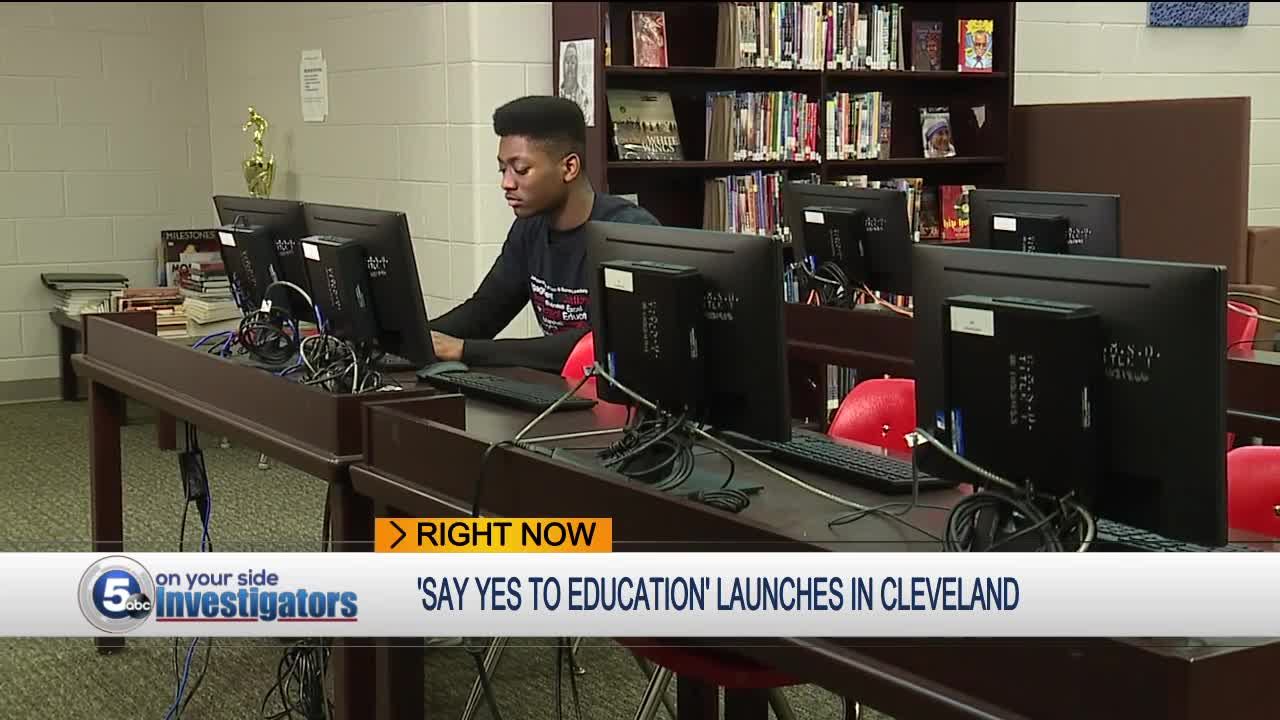 On Friday, Cleveland officially became the fourth Say Yes to Education community-wide chapter in the nation, meaning that over the next 25 years, eligible students living in Cleveland will have the opportunity to receive scholarships for tuition to college. 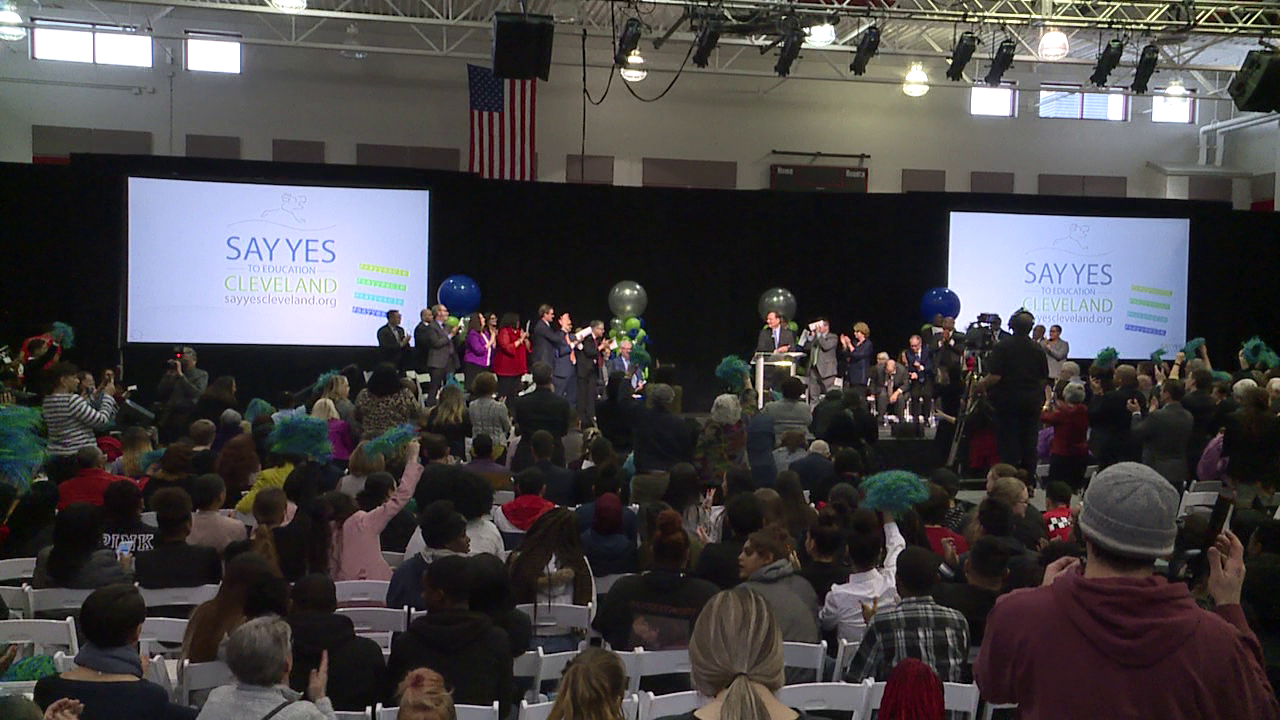 CLEVELAND — On Friday, Cleveland officially became the fourth Say Yes to Education community-wide chapter in the nation, meaning that over the next 25 years, eligible students living in Cleveland will have the opportunity to receive scholarships for tuition to college.

Over $90 million has been raised locally in the early phase of the program to provide scholarships to any public university, college or Pell-eligible certificate program in Ohio. Students attending Cleveland Metropolitan School District schools or partnering charter schools will have access to tuition scholarships from over 100 private college in the Say Yes National Higher Education Compact, as well as every one of Ohio's 37 public universities and colleges.

A news conference from John Marshall High School announced the local launch of the Say Yes program. Watch a stream of the announcement on our Facebook page here:

The program applies to CMSD students graduating as early as this June.

"That's always been a huge fear of mine, not being able to afford it, and coming out of a four year college program and having no place to go," said Emmanuel Banks, a senior at John Marshall High School. He was planning to use a patchwork of scholarships and student loans to pay for his education. Instead, his future was financed with one announcement.

"The way they just paid for all Cleveland students, I was about speechless," said Banks.

"I feel like students don't believe in college because of all the money and stuff," said Diamond Starks, a senior who hopes to major in health communications next year. "I feel like this opportunity will open a lot of minds and like, okay now I don't have to worry about all the money."

Sara Kidner, Principal of John Marshall's School of Civic and Business Leadership, said she hears daily from students who say they have the grades, but not the cash for college.

"A lot of our students are working full time while they're in high school," said Kidner. "So they're never benefited from this type of hand-up on this type of level and they're just now beginning to realize what i game-changer this is going to be for them."

For Banks, the reality has set in. He hopes to earn a degree in astrophysics and then come back to the community that's given him the unimaginable.

"With more high school and college graduates coming out of Cleveland, doing big things across the country and around the world for that matter, it's really going to make Cleveland look like a place of success," said Banks.

Read more details about the program on SayYesCleveland.org.