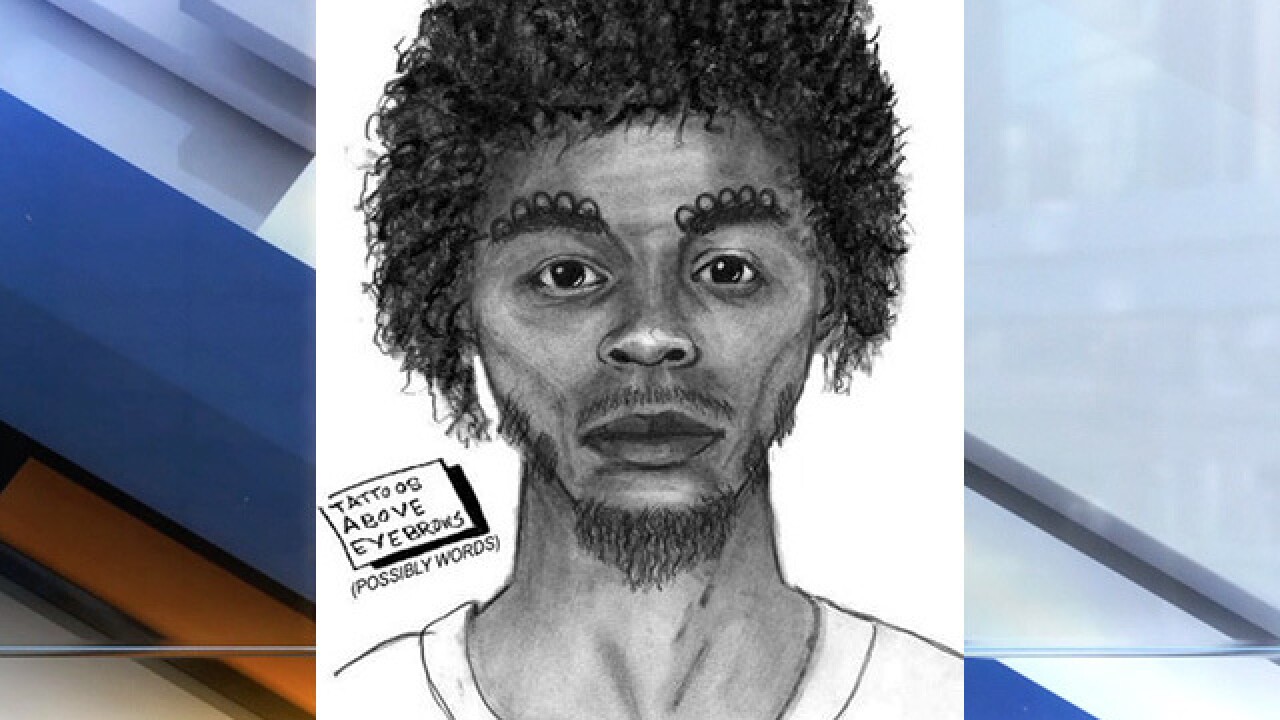 Cleveland Metroparks have released a composite of the man suspected of violently attacking a jogger running through the Metroparks Garfield Park Reservation Saturday morning.

Rangers are asking for the public's assistance in finding the man pictured in the sketch. He is described as a black male in his mid-20s to 30s with a thin build standing about 5-feet-8-inches tall. He has medium-length black hair, a short beard or goatee and words tattooed above both eyebrows. He will have a visible injury to a finger on his right hand where the victim bit him in order to get away. He had pale green shorts, a white V-neck T-shirt and tan leather work boots on at the time of the attack.

The woman who was attacked told authorities she was running on the Iron Springs Loop Trail around 6:45 a.m. Saturday when a man approached her, grabbed her throat and told her not to say anything or else he would kill her. The man knocked her down, straddled her, covered her mouth with his hand and punched her several times in the head, according to rangers. While he punched her, the attacker yelled, "You f****** white b****, I'm going to kill you!" the official report said.

While he was covering her mouth, the jogger bit the suspect's finger, causing him to pull his hand free and flee the area, according to rangers, leaving the injury to his finger.

Authorities said the suspect was allegedly involved in a similar incident in the Garfield Park Neighborhood that is being investigated by the Cuyahoga Metropolitan Housing Authority Police Department.

Anyone with information about the suspect's location is urged to contact CrimeStoppers of Cuyahoga County at 216-252-7463 or www.25crime.com. A $2,500 reward is being offered in exchange for information.