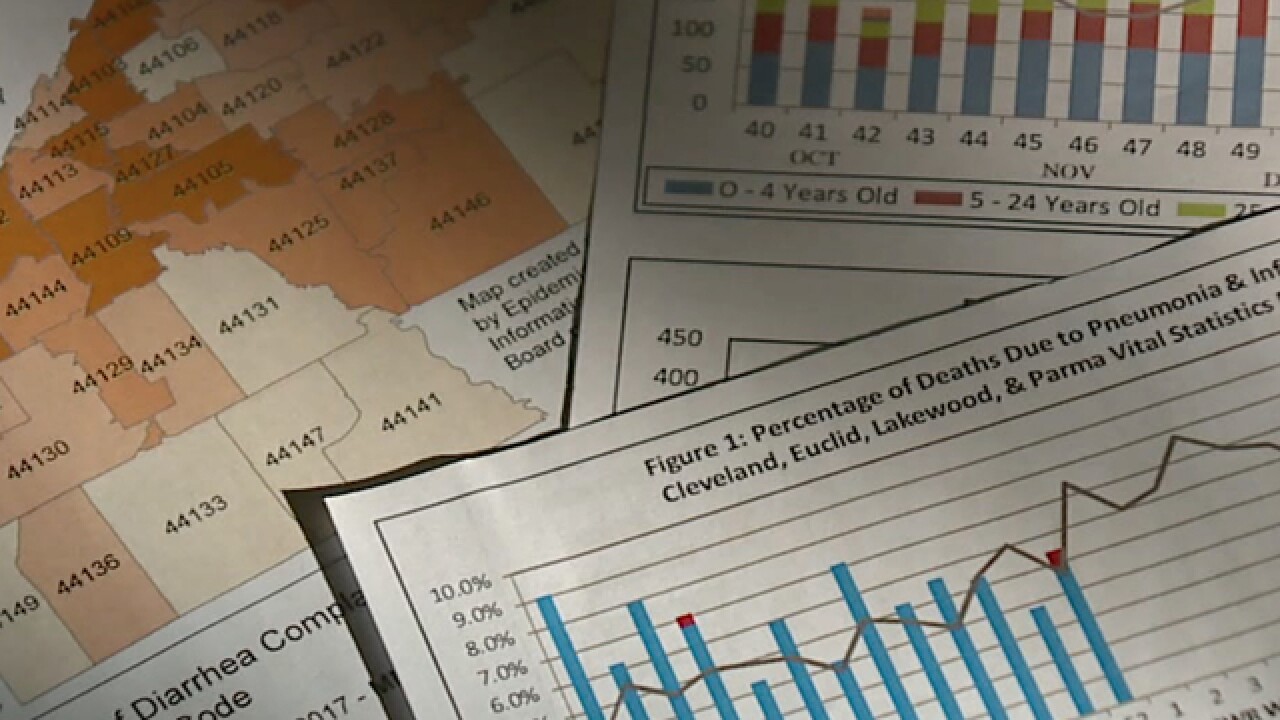 CLEVELAND — The number of flu-related deaths in Cuyahoga County increased to 21 as health officials reported that three more people died from the flu during the week of April 28 through May 4, according to a Monday news release from the Cuyahoga County Board of Health.

A 59-year-old Cleveland woman, a 64-year-old woman and an 88-year-old Brooklyn man were the latest people who have died from the flu.

For the fifth consecutive week, health officials rated flu activity as minimal. Some of the factors that are used to determine the rating of flu activity include percentage of doctor visits because of influenza, percentage of school absenteeism due to any illness and average number of over-the-counter medication sales.

In the week of April 28 through May 4, there were four confirmed cases of flu hospitalizations.