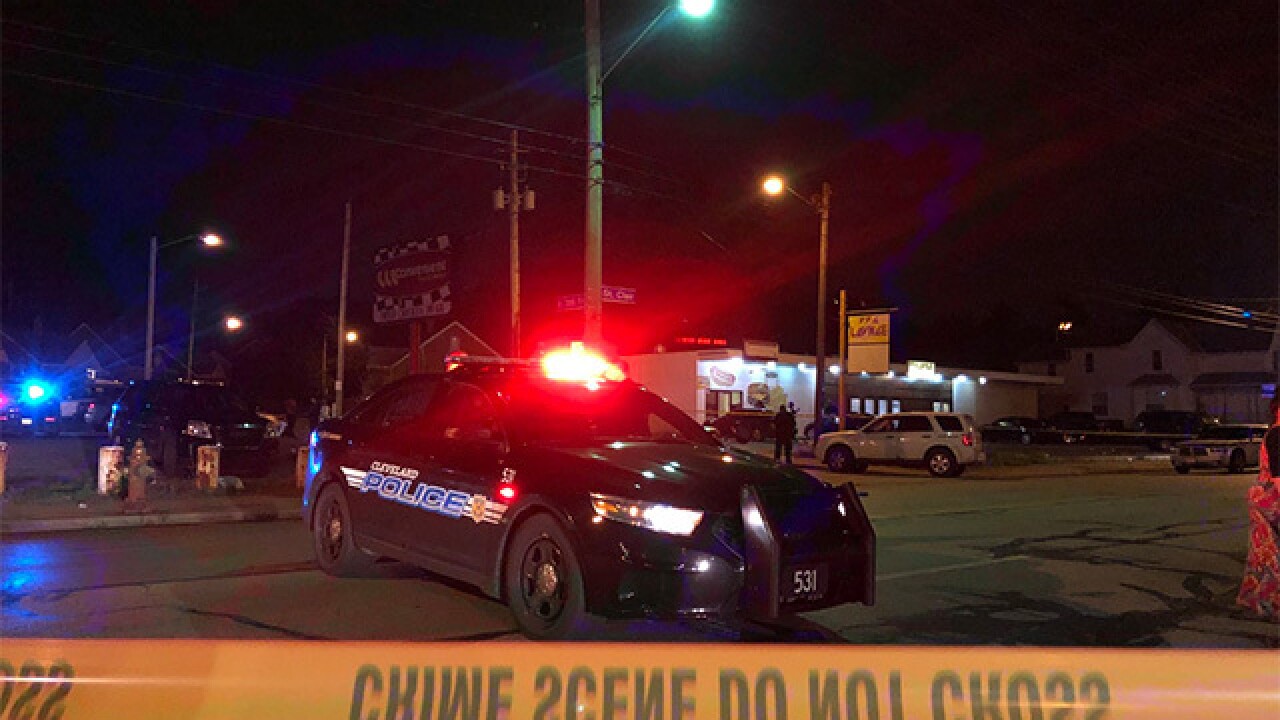 Copyright 2018 Scripps Media, Inc. All rights reserved. This material may not be published, broadcast, rewritten, or redistributed.
<p>Four people were shot outside Dog Pound Grille.</p> 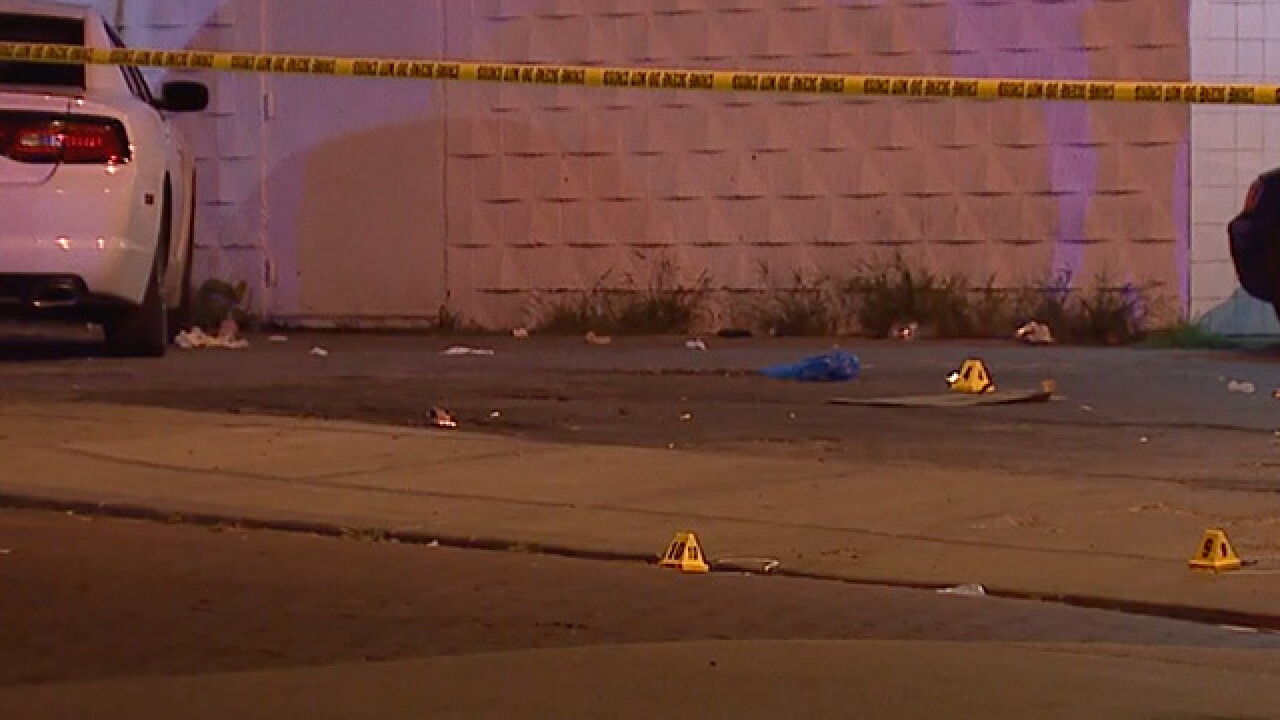 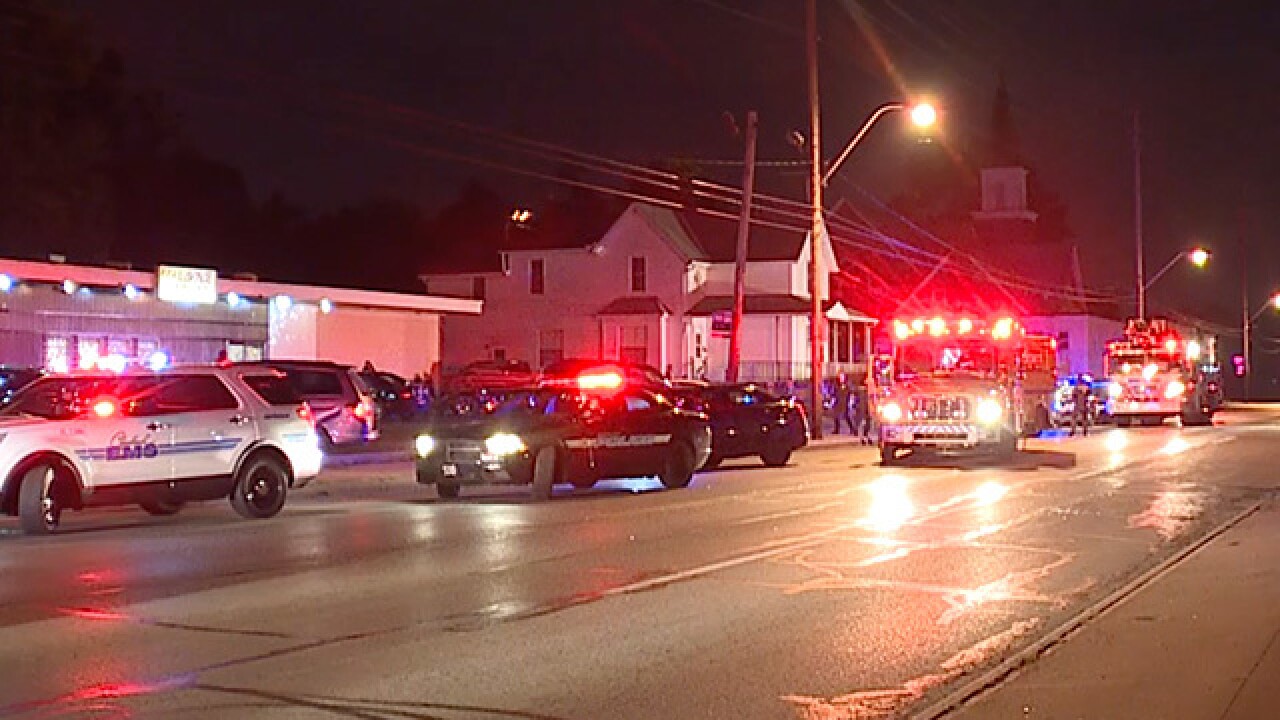 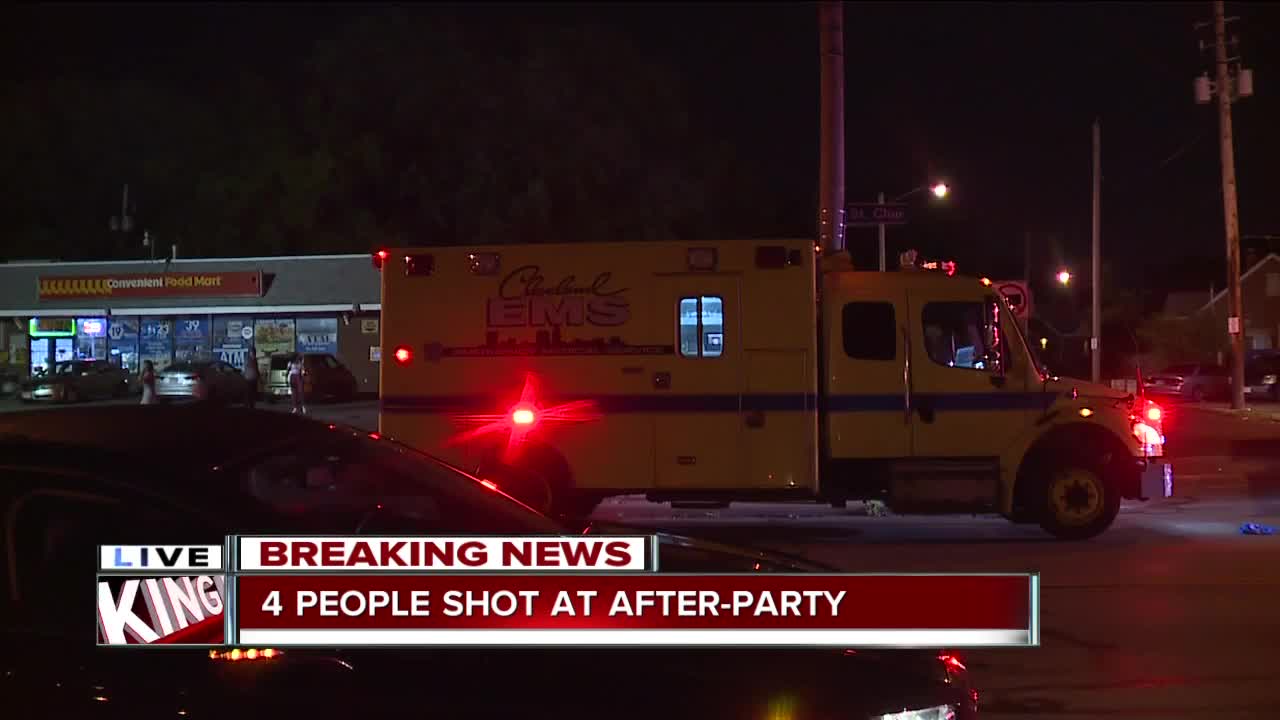 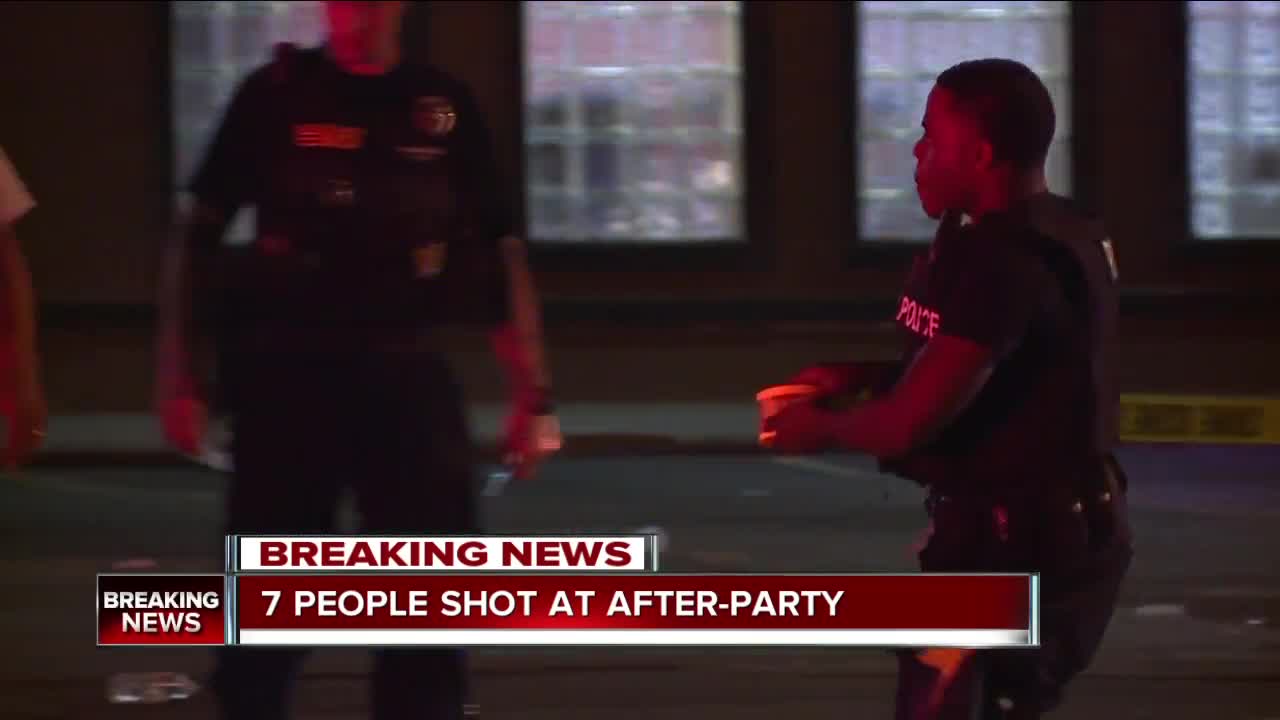 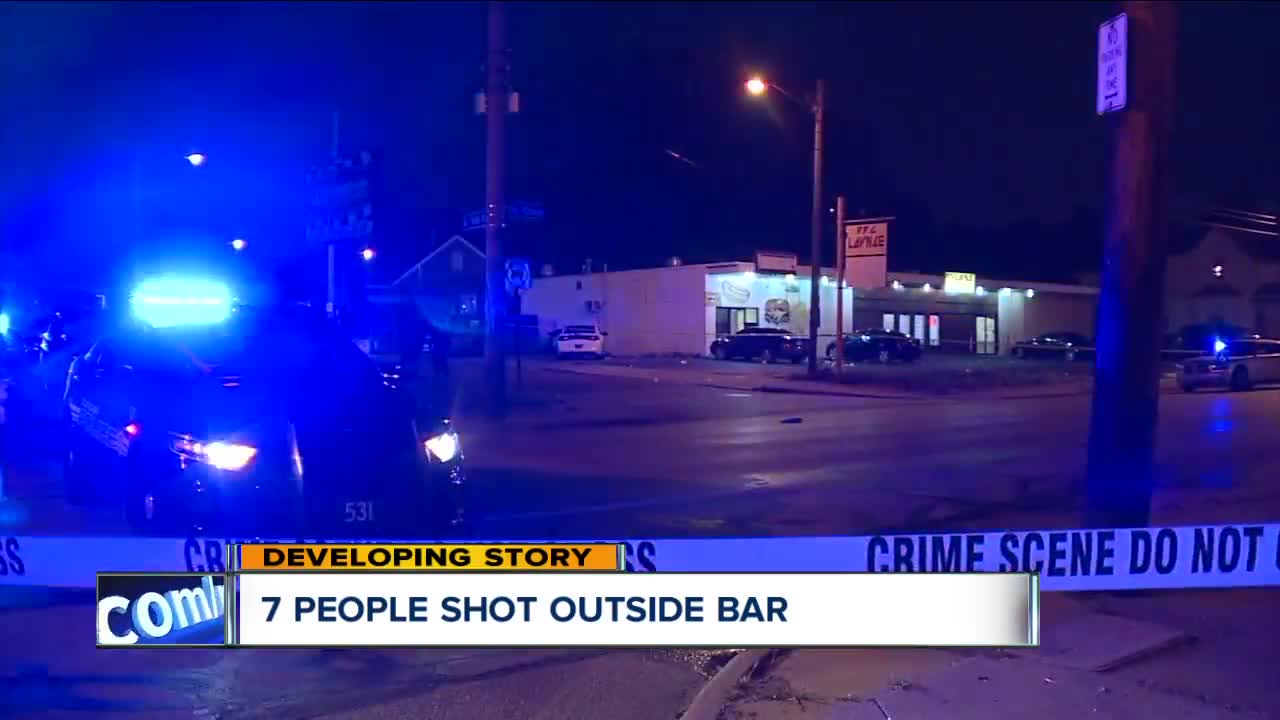 Seven people were shot Thursday morning at a bar on Cleveland's east side, according to Cleveland EMS officials. The shooting allegedly happened after the filming of a music video for a local rapper.

At least two people were taken to the hospital by ambulance. Two others drove themselves to get help. Police said out of the seven people shot, three are currently in critical condition.

Gunshots rang out around 1:30 a.m. outside the Dog Pound Lounge, located at the intersection of E. 186th St. and St. Clair Avenue.

When police arrived, they found a group of people standing around a 27-year-old man lying on the ground with multiple gunshot wounds to his chest and stomach.

Witnesses told police that there was a fight between two women in the parking lot of the bar and two men went over to break up the fight. A person in a green shirt came from an unknown direction and started shooting, striking the 27-year-old victim multiple times, according to a witness.

Another witness told police a second man stood over the victim and fired a few more rounds before running southbound on E. 185th Street.

At least one dozen shell casings were seen lying in the parking lot of the bar.

A video on social media shows local rapper Q Money recording a music video around the corner from the bar.

A witness said a large crowd of people stuck around after the filming for an after-party. A short time later; bullets went flying, according to witnesses.

This was an hour before shooting at Dog Pound Grille & Lounge. I found this video on Instagram. Local rapper Q Money was shooting a music video. @CLEpolice say 7 people are in the hospital, 3 in critical after the shooting erupted early this morning. pic.twitter.com/STg6uS6mv4

Cleveland police haven't made any arrests in the shooting.