Driver rescued from SUV dangling over bridge after wild crash 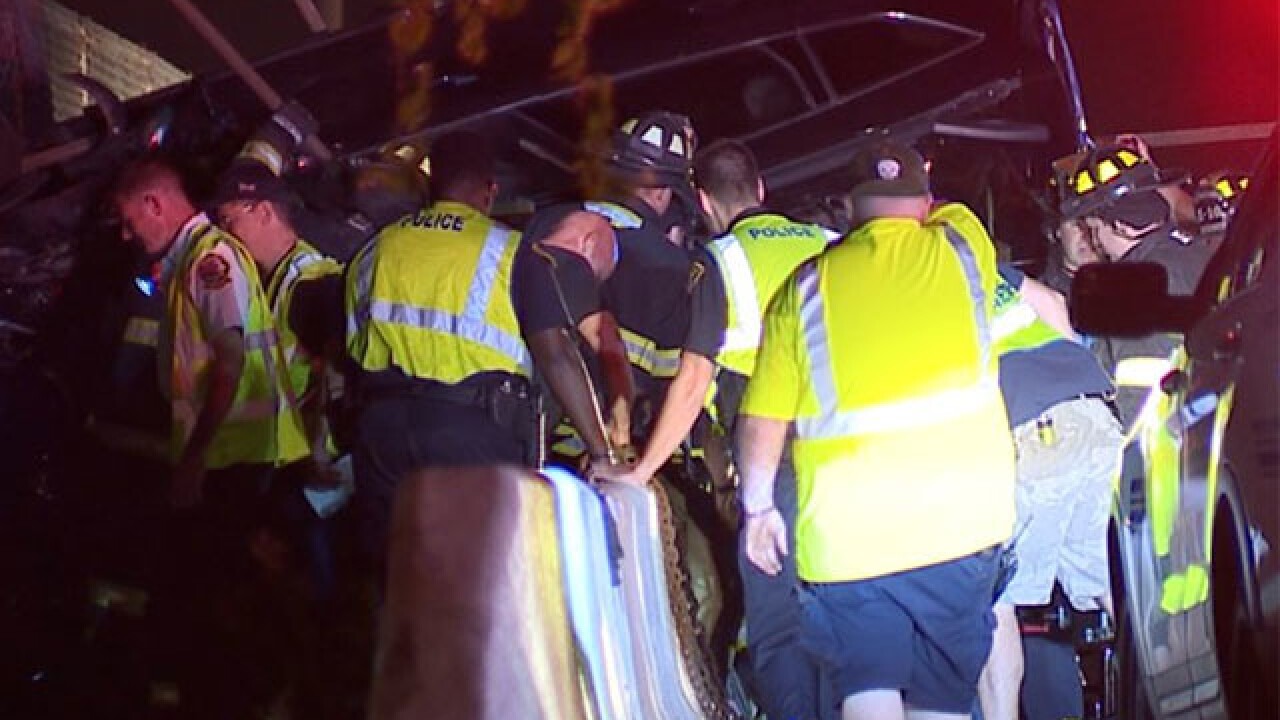 Copyright 2018 Scripps Media, Inc. All rights reserved. This material may not be published, broadcast, rewritten, or redistributed.
<p>A driver had to be extricated from a car that was left dangling from bridge on Pearl Road.</p> 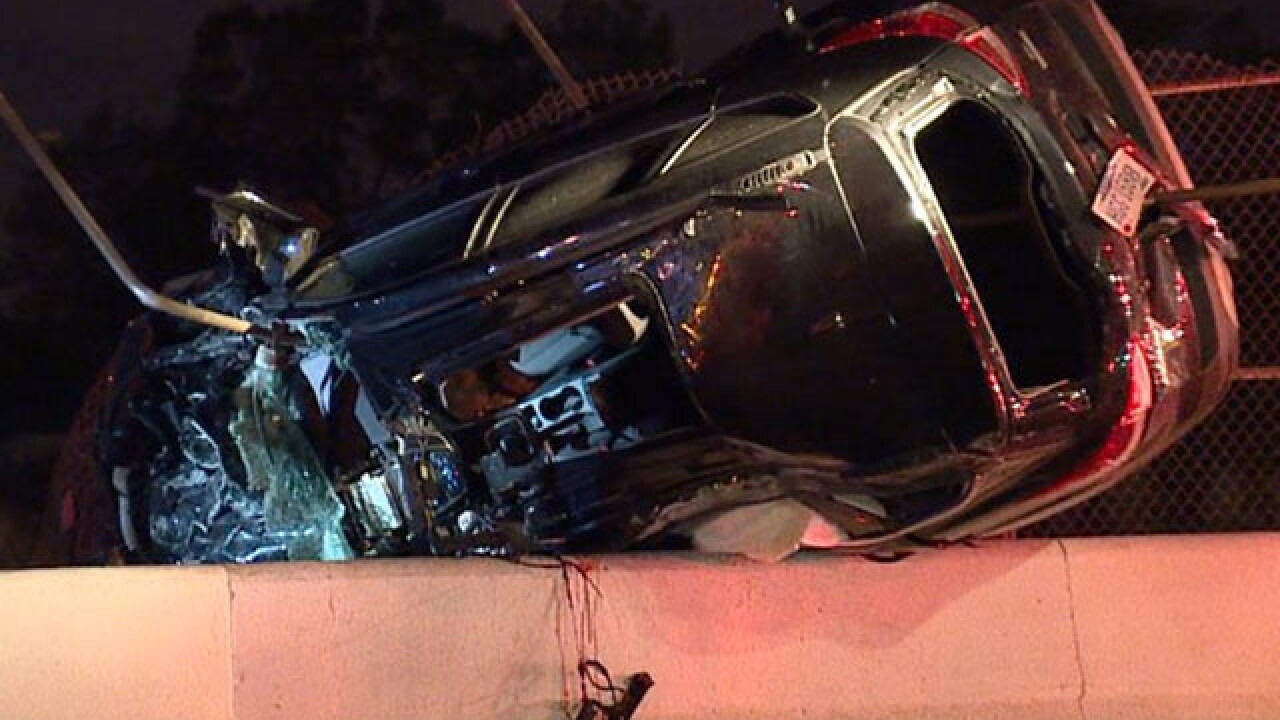 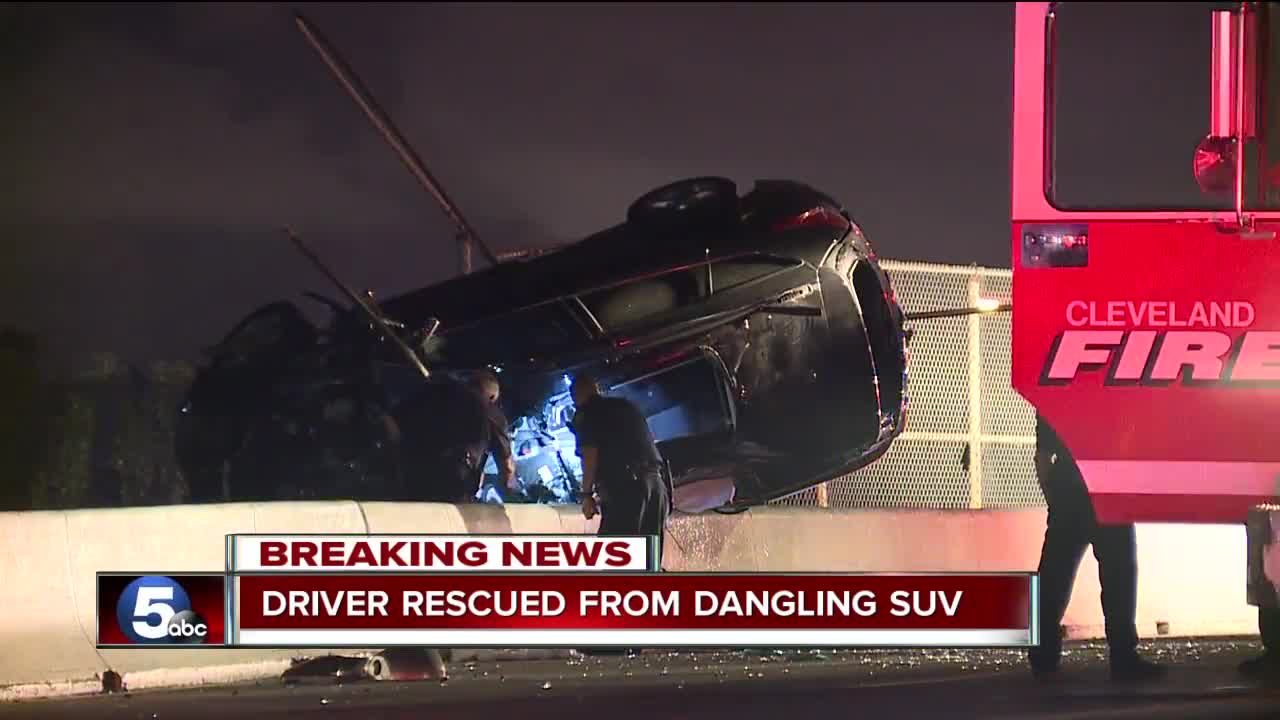 A driver was rescued Tuesday night after his SUV was left dangling on a Pearl Road bridge.

It happened at around 11:30 p.m. when a driver was speeding northbound on Pearl Road.  He lost control of his black Ford Escape, causing him to smash into the fence before hitting a pole and slicing his car in half, according to fire officials.

The fence on the bridge over I-480 stopped the car from flying over the concrete barriers to the railroad tracks below.

Several agencies responded, quickly trying to get him out. The rescue lasted nearly 30 minutes.

It's unclear how fast the driver was going when he lost control.

The driver was taken to MetroHealth Medical Center in critical condition.