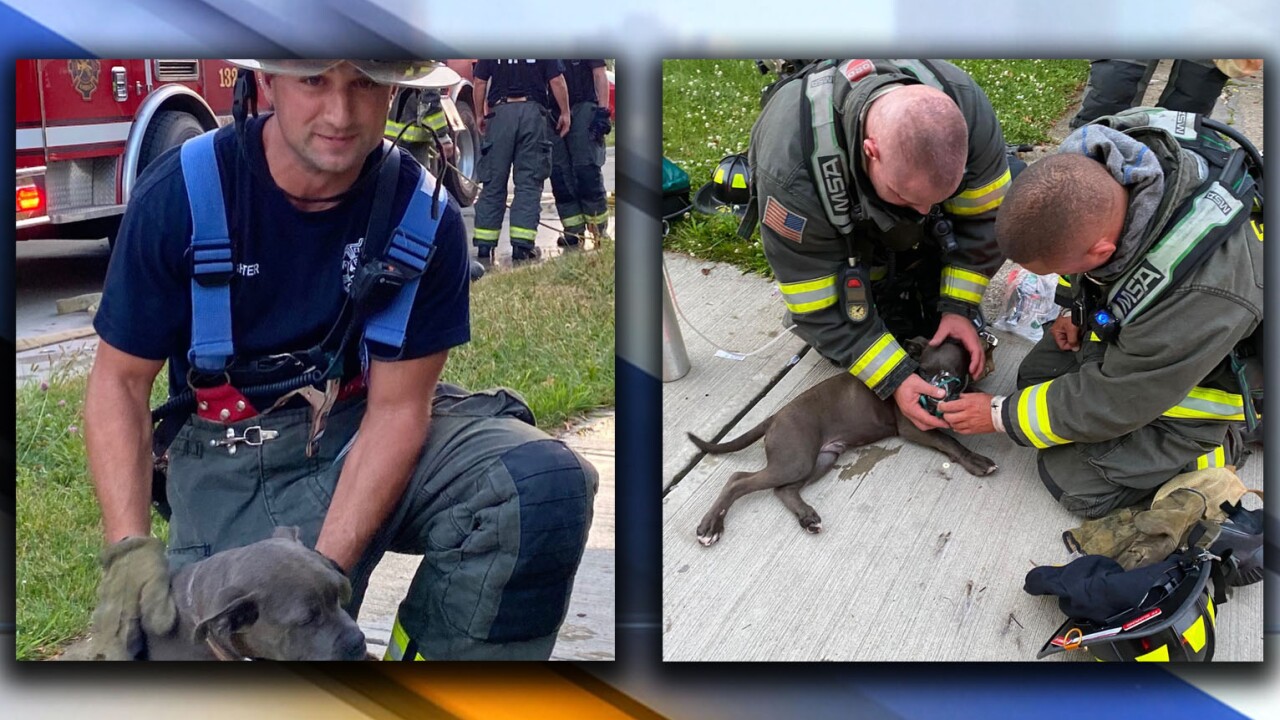 EUCLID, Ohio — After an early morning fire broke out at a home in Euclid, members of the Euclid Fire Department worked to save the life of a puppy that had been trapped inside.

The fire broke out at a home on Bruce Avenue around 5:32 a.m. Saturday and fire crews were called to the scene.

Inside the home, firefighters discovered a pitbull puppy under a table in the kitchen of the home that was filled with heavy smoke, Euclid Fire said.

The puppy was carried out of the home and taken outside where he was successfully resuscitated, according to fire crews.

No people were injured in the fire, Euclid Fire said.

Euclid Fire Department took to Facebook to praise the heroic actions of the firefighters involved in the rescue of the puppy Friday morning.