EXCLUSIVE: Man busted by police after driving more than an hour to allegedly have sex with teen

A 47-year-old man is accused of driving from Attica, Ohio to Parma Heights to have sex with a 14-year-old girl.

The Cuyahoga County Prosecutor's Internet Crimes Against Children Task Force said William Mullet reached out the teenager on social media. But the teenager turned out to be an undercover agent with ICAC. When Mullet arrived in Parma Heights where police said he thought the girl lived, his truck was surrounded by Parma Heights Police, and he was arrested.

"I received a friend request on a social media site, he wanted to meet up," the agent, who News 5 is not identifying, said. "I told him I was 14 and he was fine with it."

A couple of days later, Mullet drove close to an hour and a half to meet up with who he thought would be a 14-year-old. 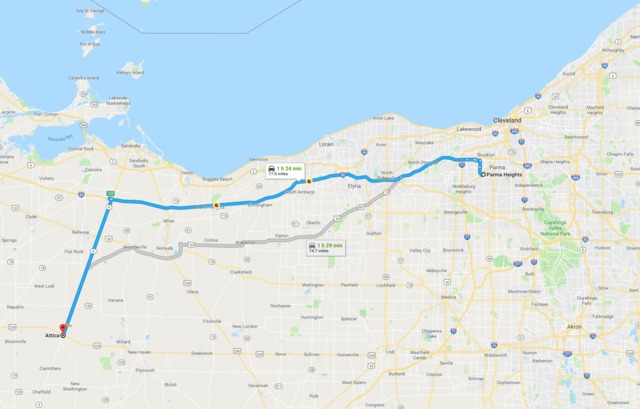 "On the way, he picked up condoms. When he was arrested, he had the condoms and a cell phone that he used to communicate with the undercover officer," Assistant Prosecutor Jennifer O'Malley said.

Police said Mullet is a father of seven. His children range in age from ten to 21 years old. The undercover agent is a mother with a message for parents.

"Posing as a child, I see it every day. These people are reaching out to children," she said. "They're sending inappropriate messages, sending things children should never see."

The undercover agent warns parents to know their children's passwords and what they are doing on social media.