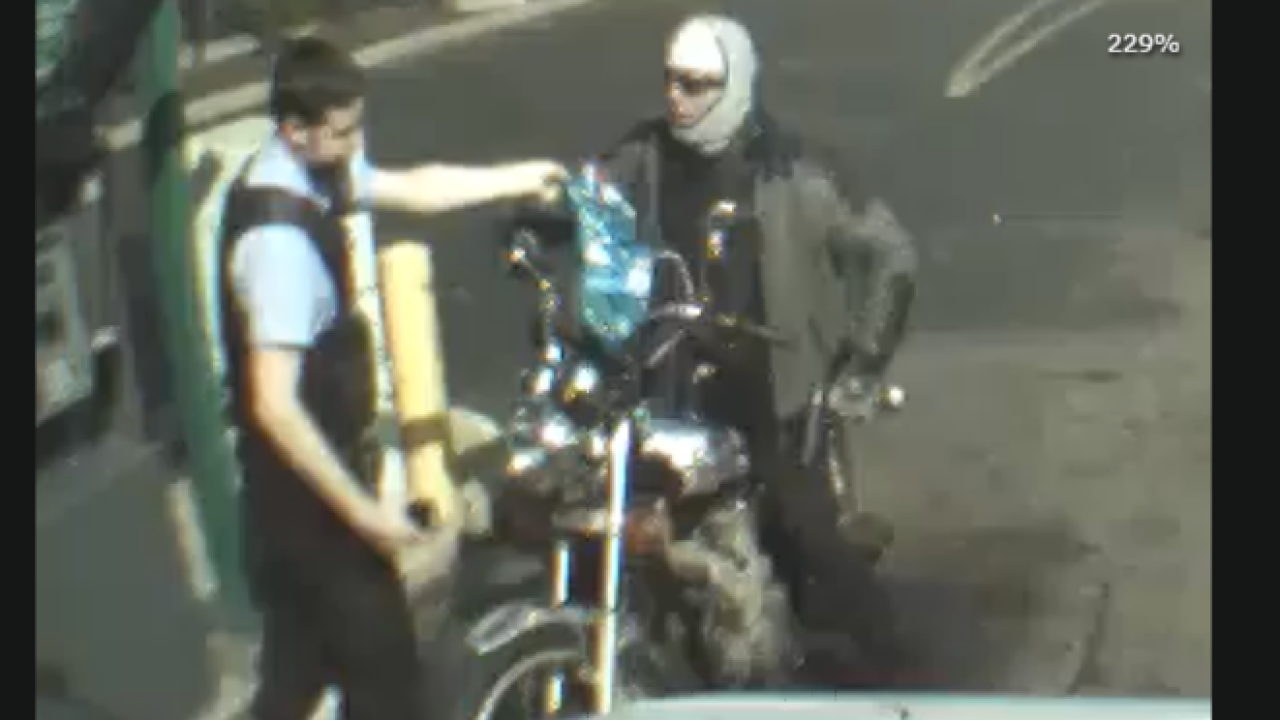 Image from video of the Brinks armored car robbery, released by the FBI 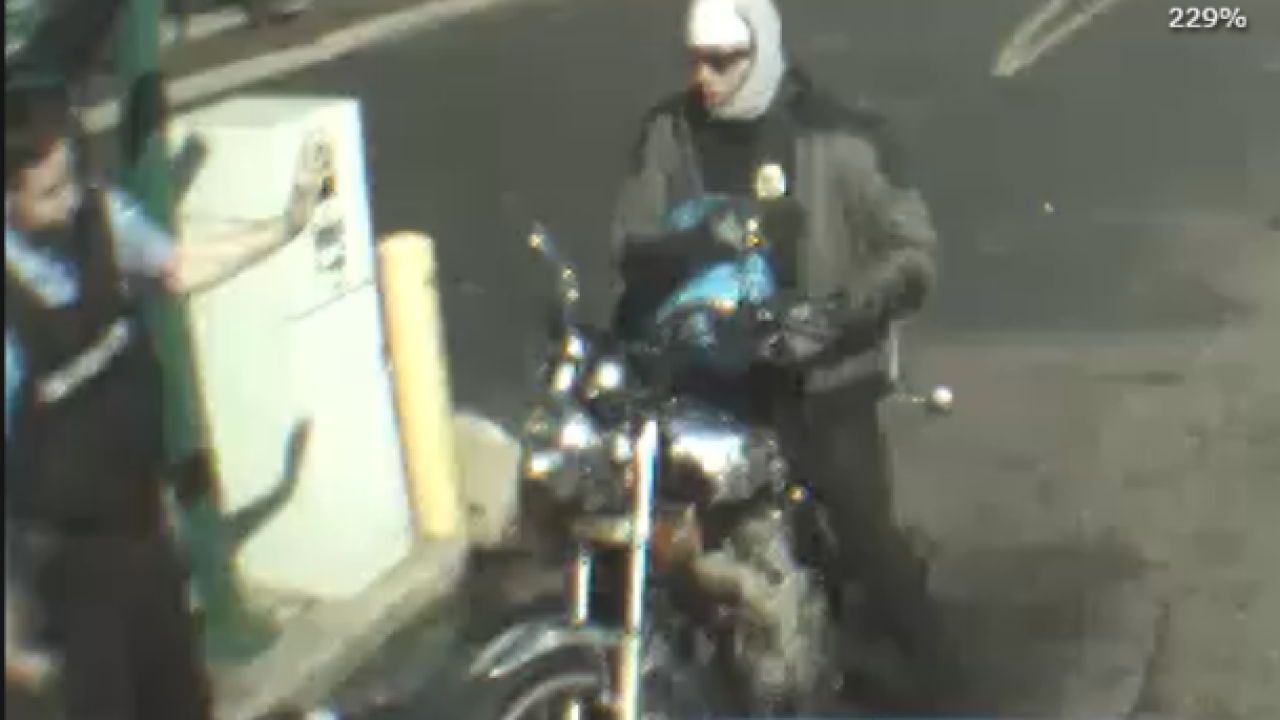 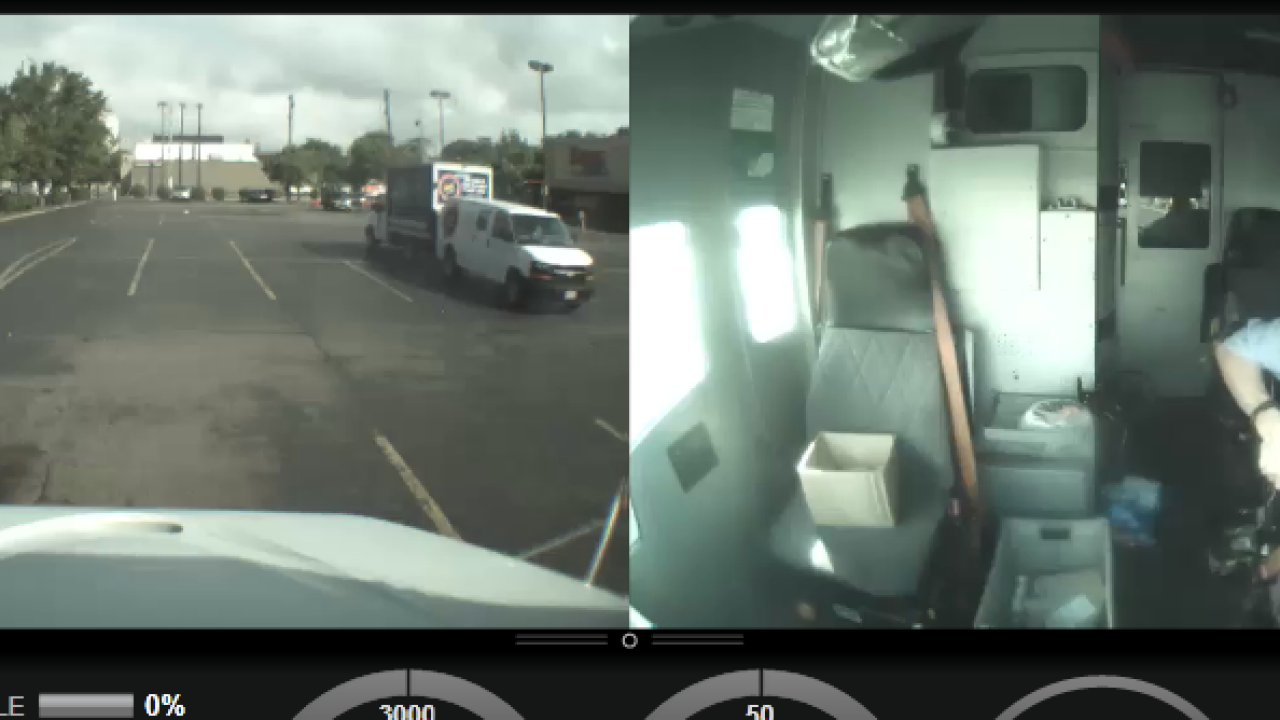 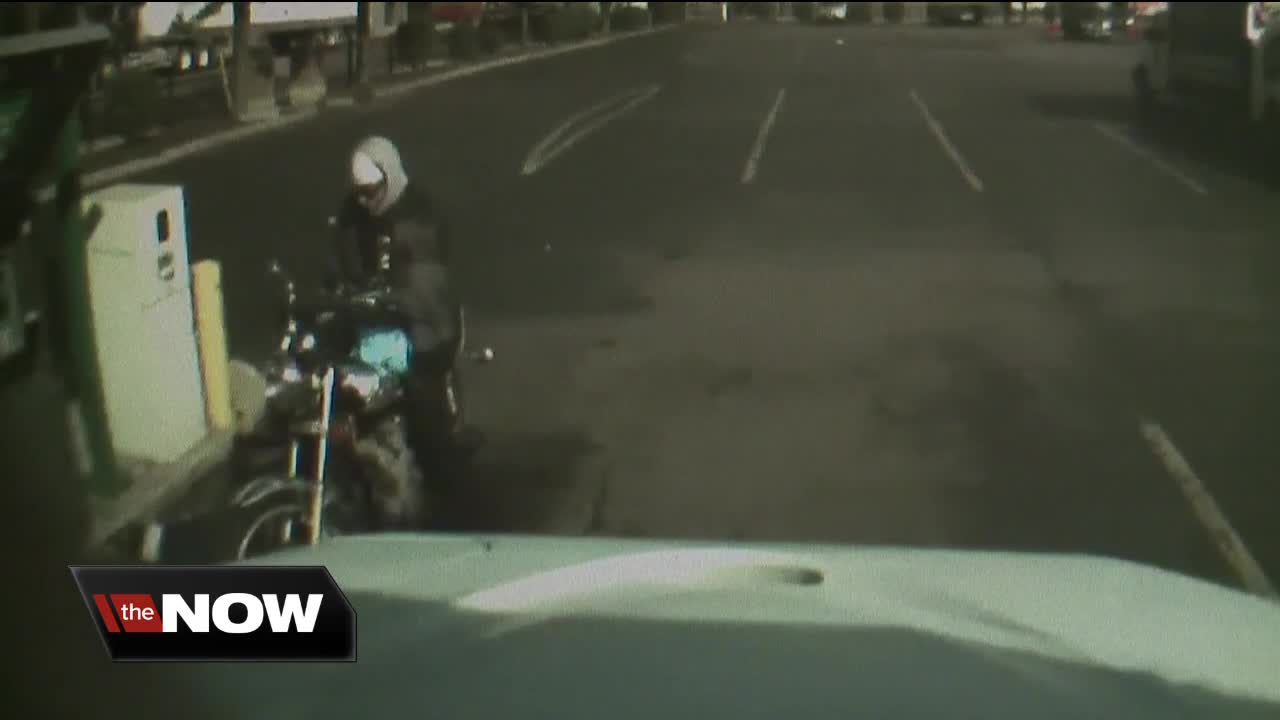 CLEVELAND — FBI agents are hoping that new video just released on Tuesday will lead them to a brazen armed robber.

The robber held up a Brinks employee while he was filling an ATM in broad daylight on June 25. It happened at the Citizen’s Bank on Broadway Avenue in Cleveland.
Agents said a man with his face covered, drove up on his motorcycle, pulled out a gun, pointed it at the employee and took off with the money.

“To know the schedule, to know when the machine was loaded, this individual did his research,” said Special Agent Vicki Anderson.

The FBI is asking the public to focus on the motorcycle the robber was riding. Agents said it was a Yamaha XJ-650 Maxim with a silver gas tank from the early 1980s.