Firefighters escape home with collapsing ceiling after fire in Bedford 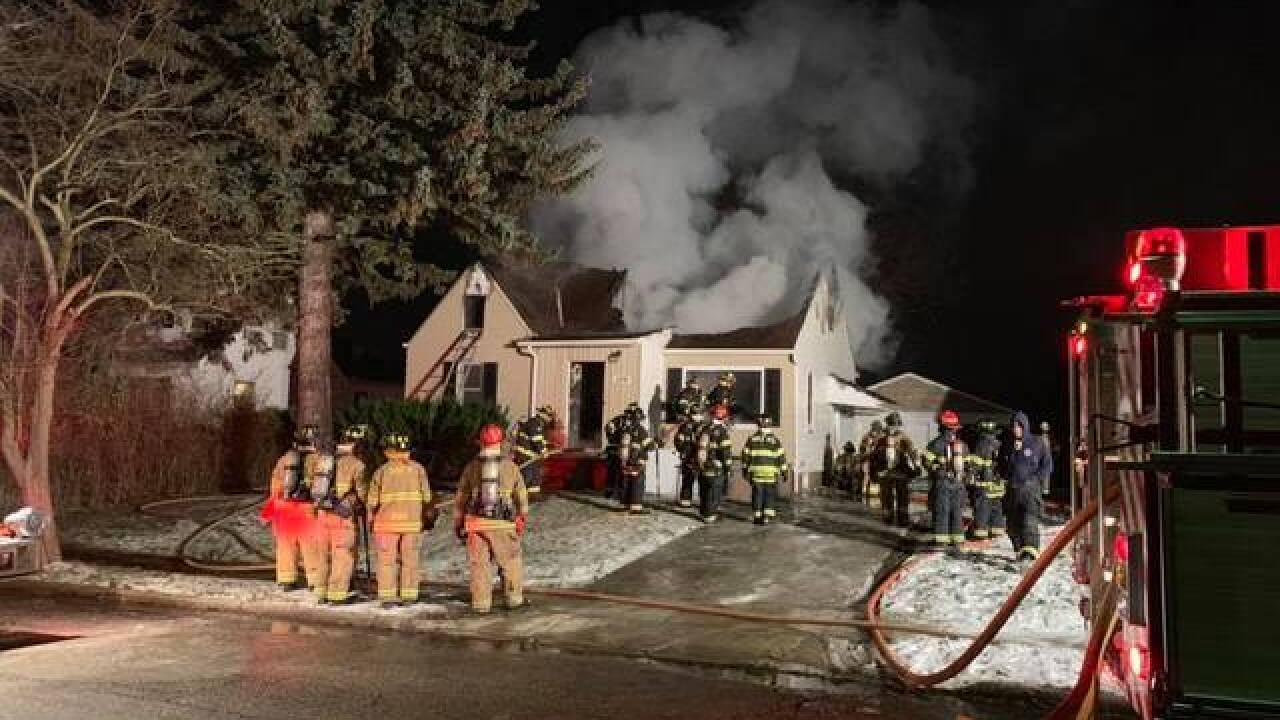 The Bedford Fire Department nearly escape a collapsing house after a fire on Tudor Avenue.

The house was completely engulfed in flames when crews arrived around 4 a.m.

The flames started to catch the neighboring house on fire.

Crews were told the house was occupied by a mother and child, but when two firefighters went into the bedroom window to search, they had to escape before the ceiling collapsed on them.

The mother and child were not in the home when the fire broke out, according to the Bedford Fire Department.

A frozen fire hydrant caused some delay but they were able to knock the fire out with assistance from the Bedford Heights, Maple Heights, Garfield Heights and Oakwood fire departments.