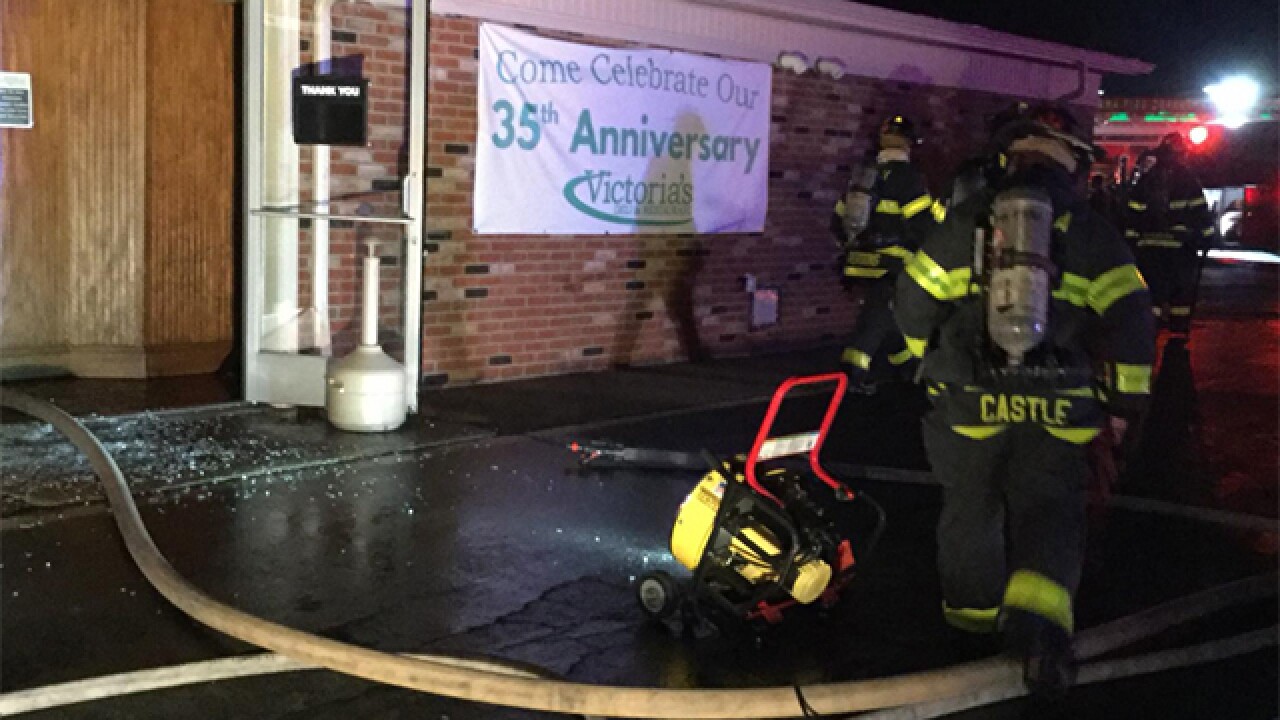 Copyright 2018 Scripps Media, Inc. All rights reserved. This material may not be published, broadcast, rewritten, or redistributed.
<p>Fire at Victoria's Restaurant in Parma.  Photo Courtesy of Parma Fire Department.</p>

Fire officials are investigating after a fire started inside a Parma restaurant that has been around for more than thirty years.

On Tuesday, firefighters responded to Victoria's Deli and Restaurant, 6779 Ames Road, at around 9:54 p.m.

First responders found heavy smoke throughout the structure. They first tackled the rear part of the restaurant and kitchen.

Crews found intense fire conditions in the kitchen area upon entry, according to the release from the Parma Fire Department.

The building was unoccupied at the time of the fire. No injuries were reported to any firefighters.

Fire officials did not have any immediate cost in damages. The fire remains under investigation.