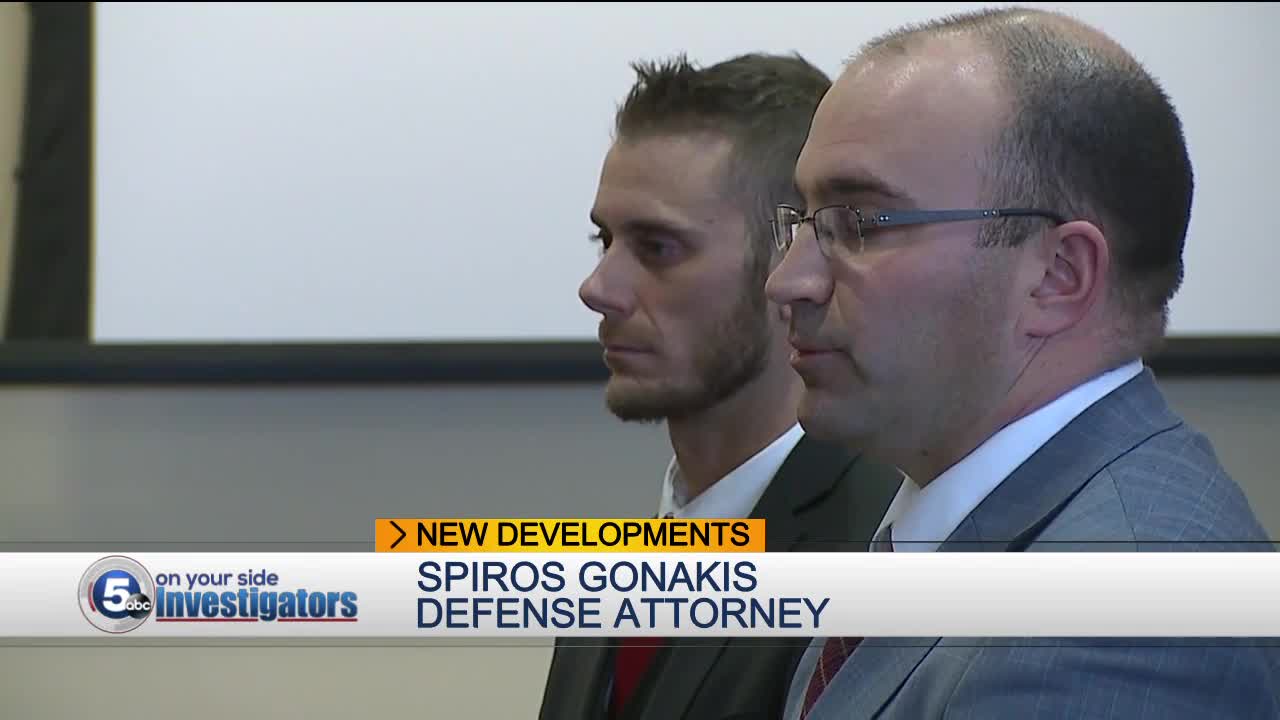 A Euclid police officer who pulled a gun during a bar fight with two alleged members of the Hells Angels last year was sentenced to five days in jail on Thursday afternoon. 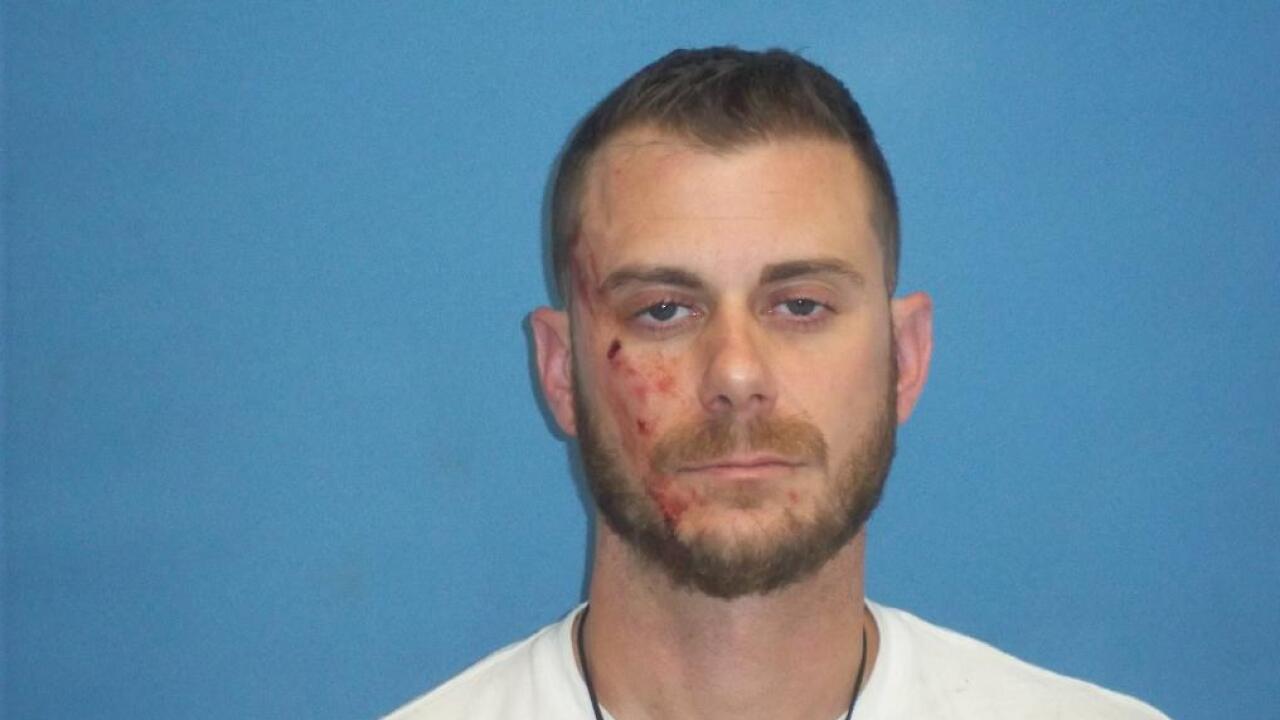 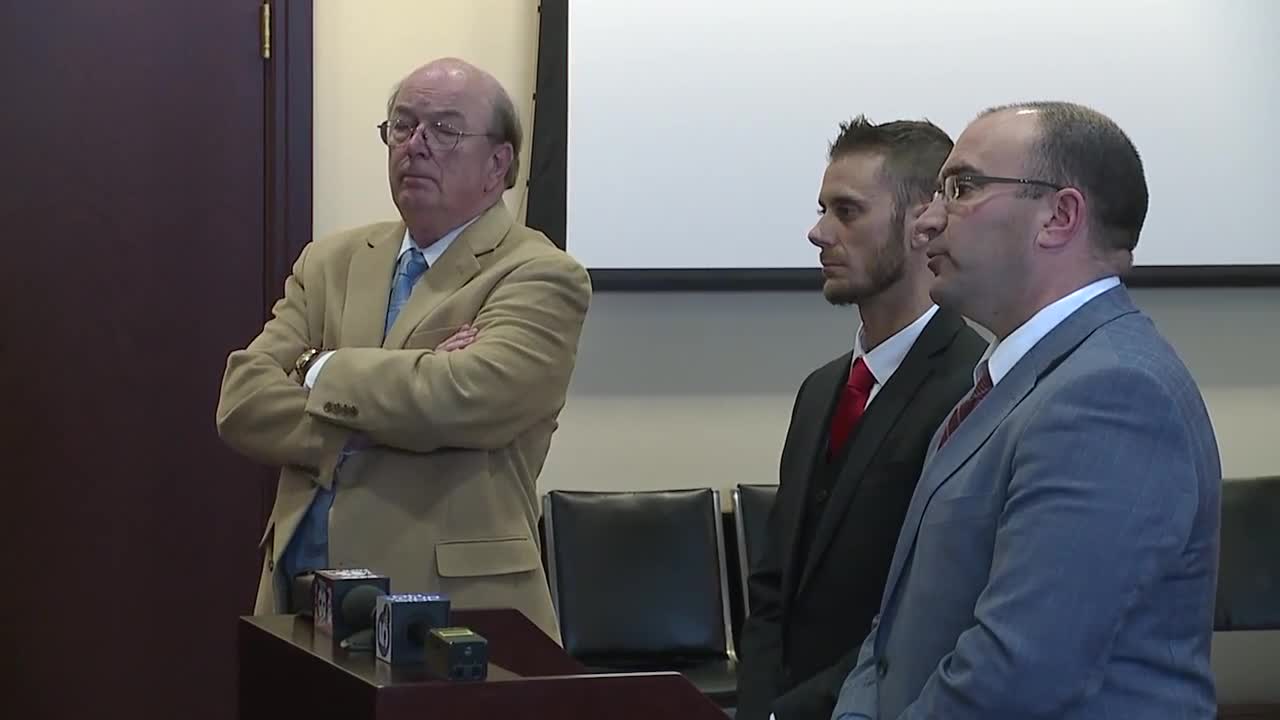 EUCLID, Ohio — A Euclid police officer who pulled a gun during a bar fight with two alleged members of the Hells Angels last year was sentenced to five days in jail on Thursday afternoon.

Officer Todd Gauntner pleaded guilty to one misdemeanor count of using a weapon while intoxicated on Nov. 29, 2018. He had originally pleaded not guilty but later changed his plea.

According to testimony at the sentencing, Gauntner is a decorated U.S. Marine who served from 2006 to 2010 and did two tours in the Middle East. In 2006 Gauntner was charged with OVI and fleeing and eluding but charges were dropped when he enlisted.

At his sentencing, Gaunter's lawyer told the judge his client suffered from PTSD.

"I have no doubt your honor, I'm not a doctor, I'm not a psyciatrist, but that this PTSD played into this event in August," said attorney Spiros Gonakis.

Police say during that August fight, Gauntner brandished a gun at Frank and Tony’s Place in Willoughby.

In a 911 call from the incident, an employee can be heard saying, “He has a gun, it’s loaded. He held it to somebody’s head.”

According to Gauntner’s personnel file, he “initiated the incident with two men who were alleged members of the Hell's [sic] Angels organization by making disparaging comments to them.” The file also states that he “pointed the loaded weapon at numerous people in the bar and admittedly came close to losing [his] weapon in the subsequent disturbance,” and put both himself and bar patrons “at a significant risk of substantial harm.”

"You're held to a higher standard, and that's the way it is," said Cornachio.

Prior to bar incident, Gauntner was honored by the Euclid Police Department for heroism for helping save the life of a man in January, 2018 who was shot 16 times and found lying in the street. Gauntner and a Cleveland officer transported the man to a nearby hospital after Cleveland EMS refused to come because the location was on the Cleveland/Euclid border and allegedly outside of their jurisdiction.

Following the incident at Tony’s Place, Gauntner was placed on administrative leave and eventually fired by the police department.

The bar fight wasn’t the only time Gauntner had a run-in with the department over issues involving a weapon or drinking.

Gauntner’s personnel file states that in June 2014, he was pulled over by a Wickliffe police officer for driving 90 mph in a 30 mph zone. He blew a 0.160 in a breath test and was given a 15-day suspension.

Gauntner was suspended for 15 days In December 2015 and the police chief recommended he be fired after authorities said he was legally drunk and fired several rounds from his gun into Lake Erie and a Euclid park, according to his personnel file.

The following May, Gauntner was suspended for five days when he violated his probation in the park shooting incident.