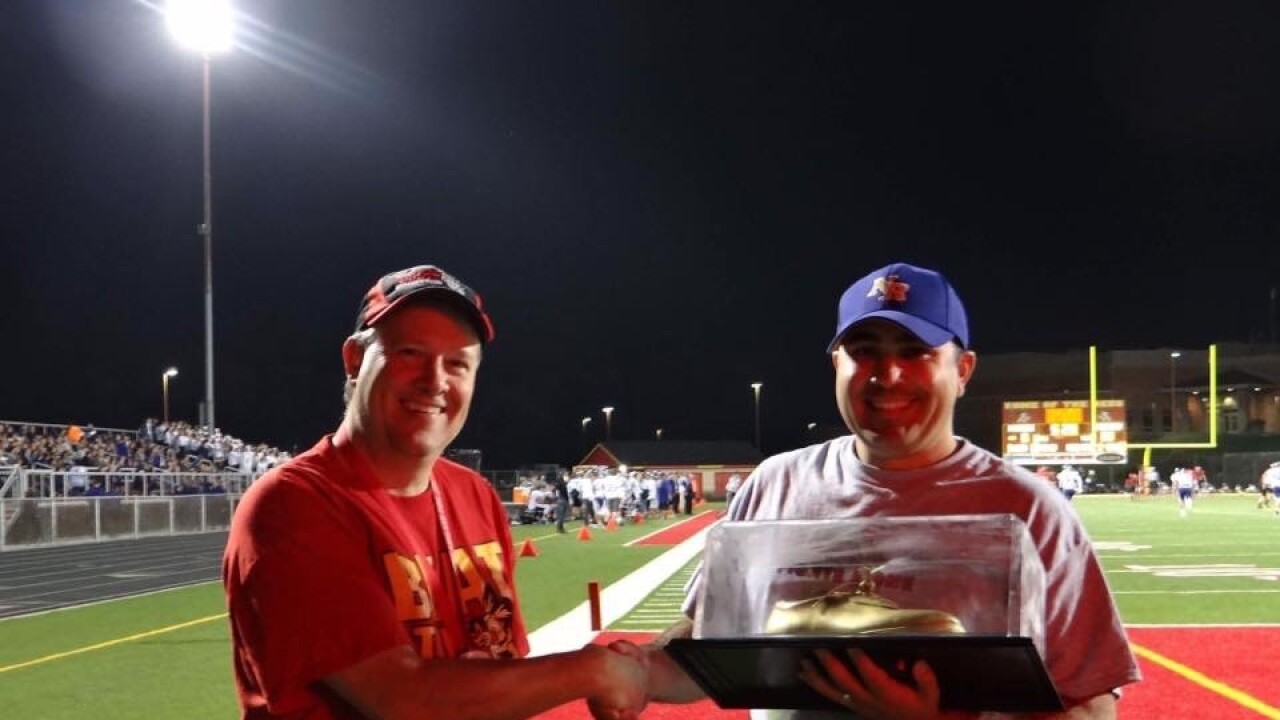 NORTH ROYALTON, Ohio — A friendly rivalry between a North Royalton councilman and a Broadview Heights councilman has turned into a competition that benefits charity has gone viral.

Each year, the councilmen agree the loser of the bet wears the winning team’s T-shirt as part of his dress attire for a future city council meeting and then agrees to make a donation to the winner’s charity of choice.

"The last two years I had to wear the North Royalton shirt, so I hope that changes," laughed Wolf.

The rival game between the two teams has been named the Golden Shoe game, which is one of the longest standing trophy rivalry games in Ohio dating back to 1937.

Langshaw and Wolf have upped the stakes of their bet with a social media hype video challenge. The video with the most likes will receive extra money for their charity of choice.

The public can vote for Dan’s Bears video by liking on Facebook at DanLangshawNR.

Wolf admits to News 5 that he hasn't made a video yet, but once he does, the public can see it on his personal page or the Broadview Heights Ward 2 page.