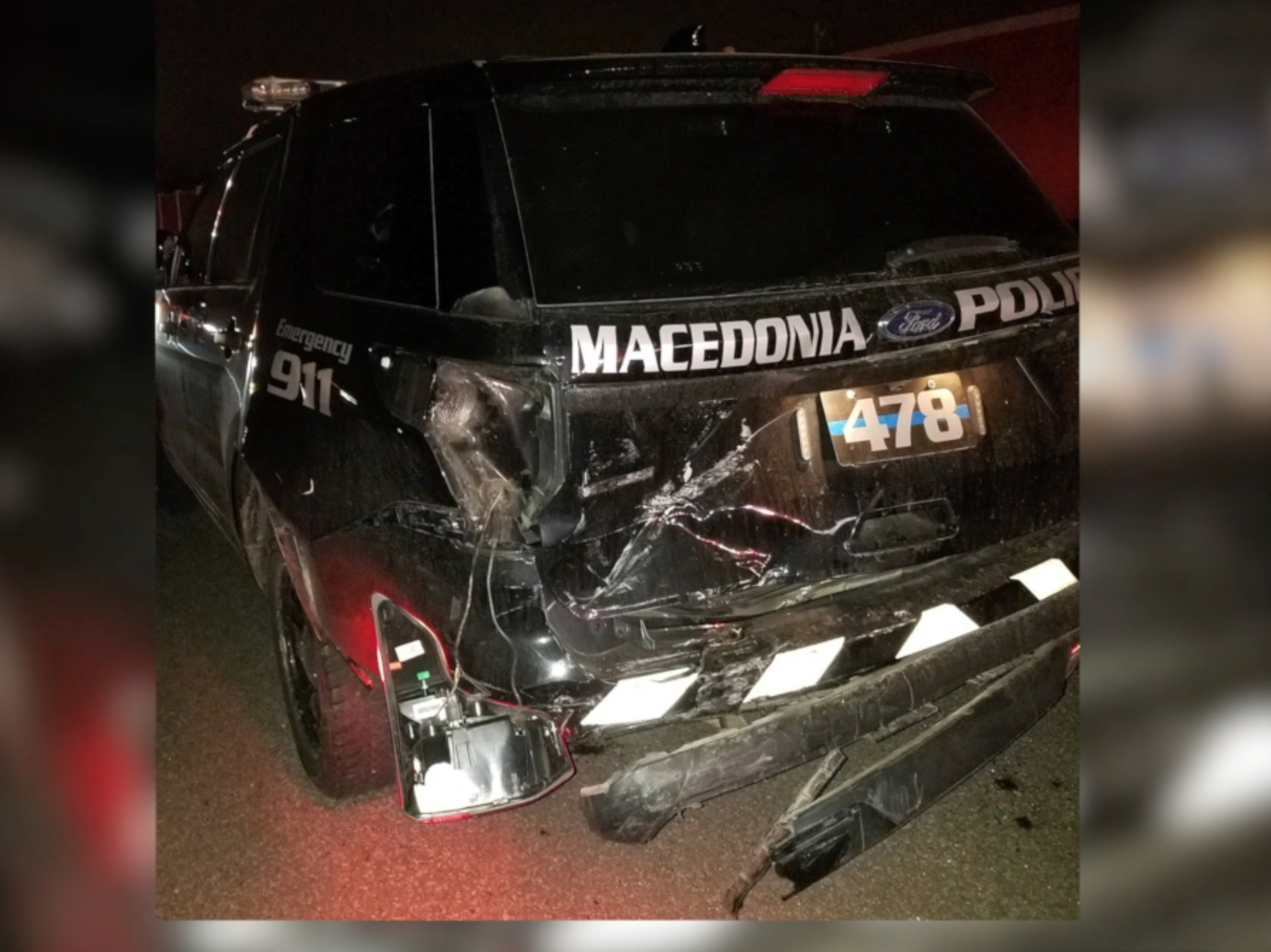 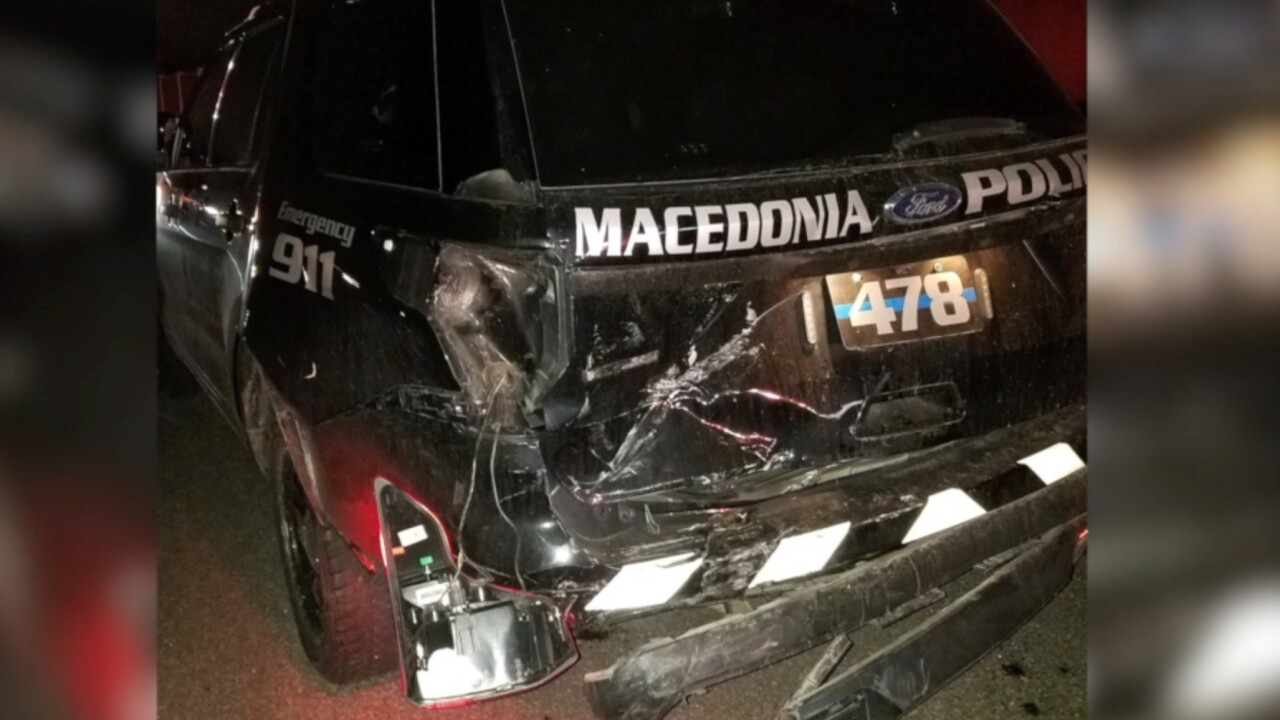 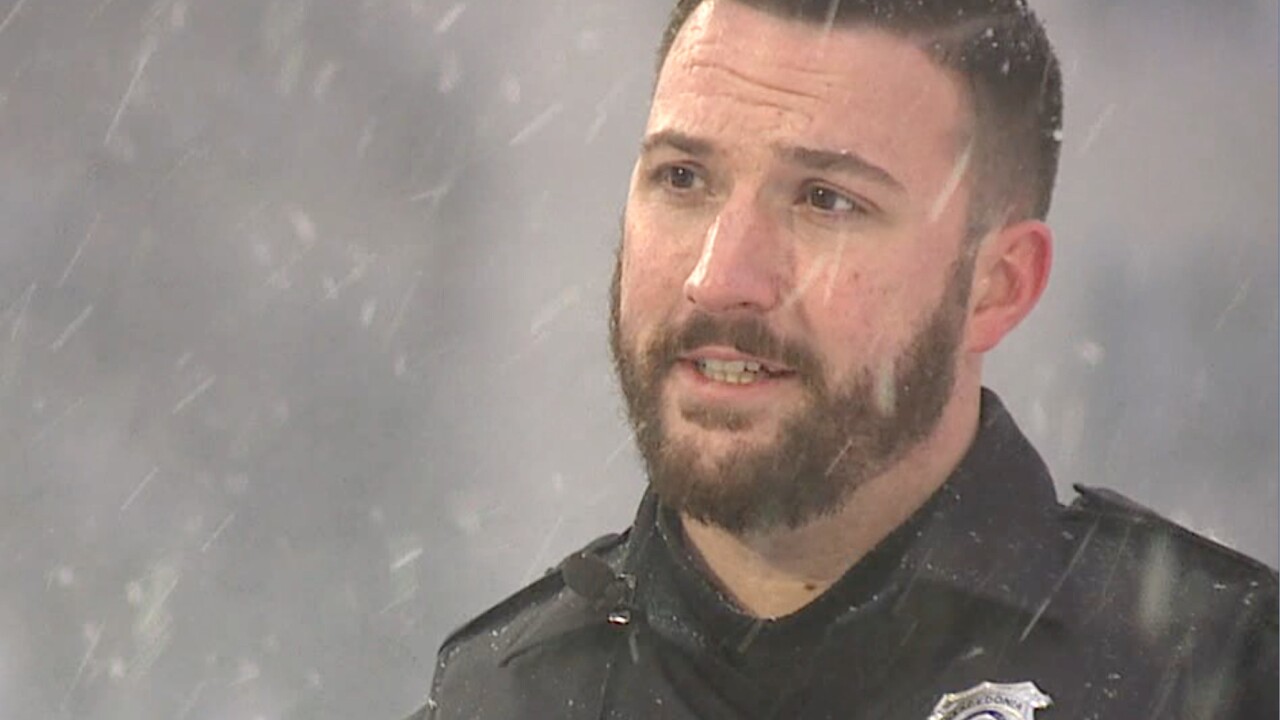 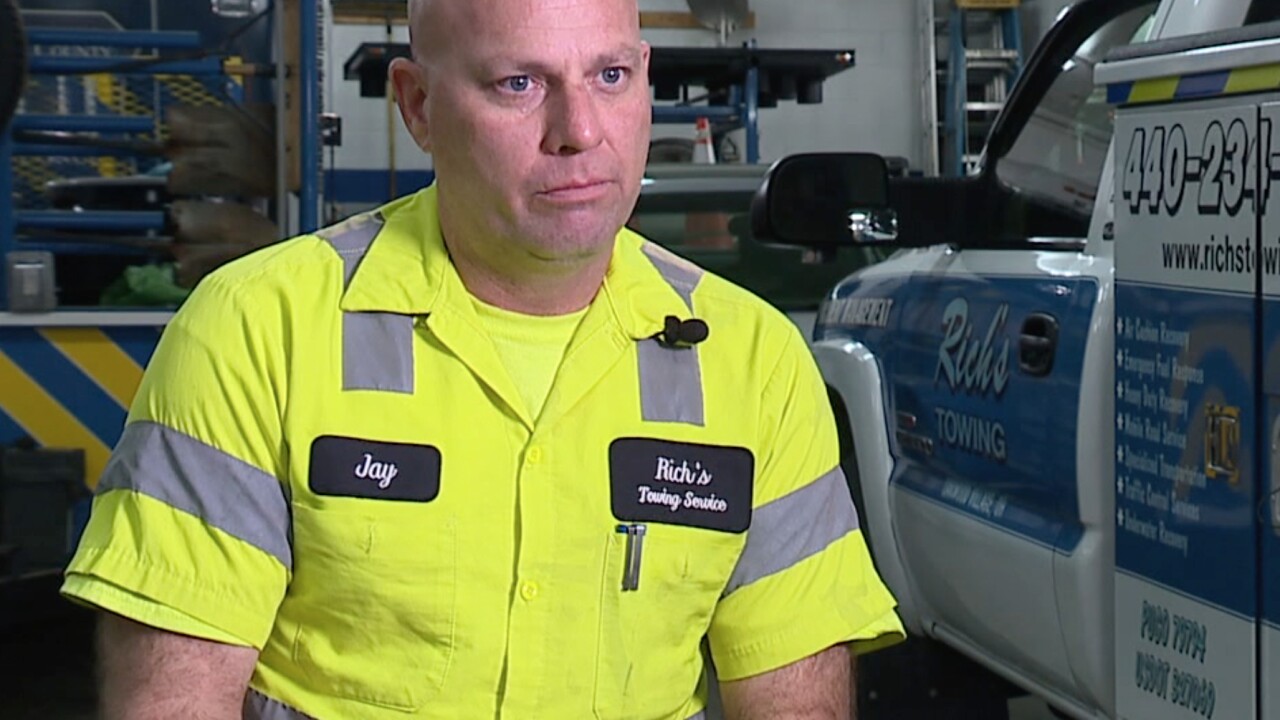 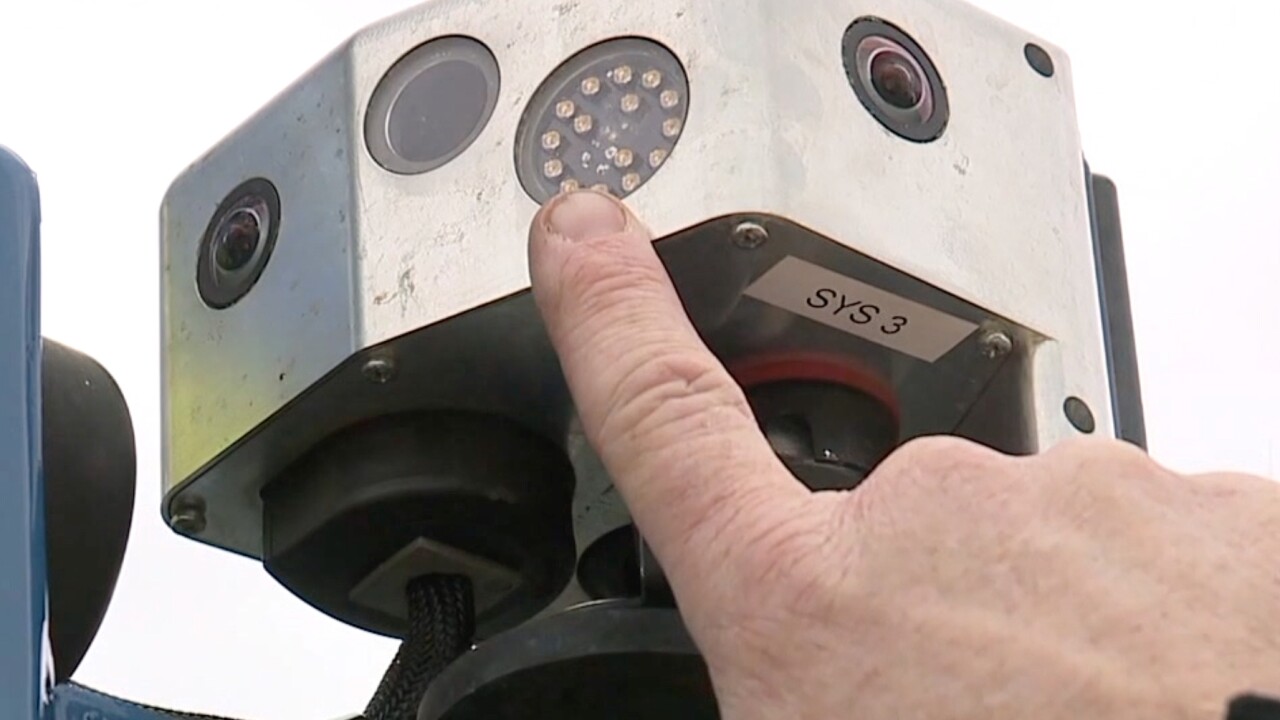 MACEDONIA, Ohio — Some Northeast Ohio first responders are calling for further development of Move Over Law camera enforcement, after a Macedonia police cruiser was hit by an oncoming vehicle, during a roadside traffic stop on Christmas Eve.

The Macedonia officer had to be taken to the hospital and was later released, the man who hit the cruiser on I-271 was charged with driving while intoxicated.

Rich's Towing Manager Jay Marek told News 5 Northeast Ohio cities need to support the development of Move Over Law camera technology, which can record drivers not slowing down, or not moving to an adjacent lane when approaching emergency vehicles along the roadside.

Rich's Towing participated in preliminary testing of the camera system, being developed by Brekford Traffic Safety, several months ago.

The camera's captures roadside video using 180-degree lenses, and can document drivers who violate the law.

He also believes greater awareness of the Move Over Law needs to be promoted, especially among younger drivers.

"I know most of the law enforcement agencies themselves wish that they could just magically change it overnight on their own, especially when their officers are getting hit."

"I do hope to see that with the new technology, with the cameras we recently tested, we actually have a better way of enforcing this now," Farrell said.

"Slow down and move over, either way, whether there's a camera or not, we ask that we get to go home safely to our families, just as everyone else on the road wants to."