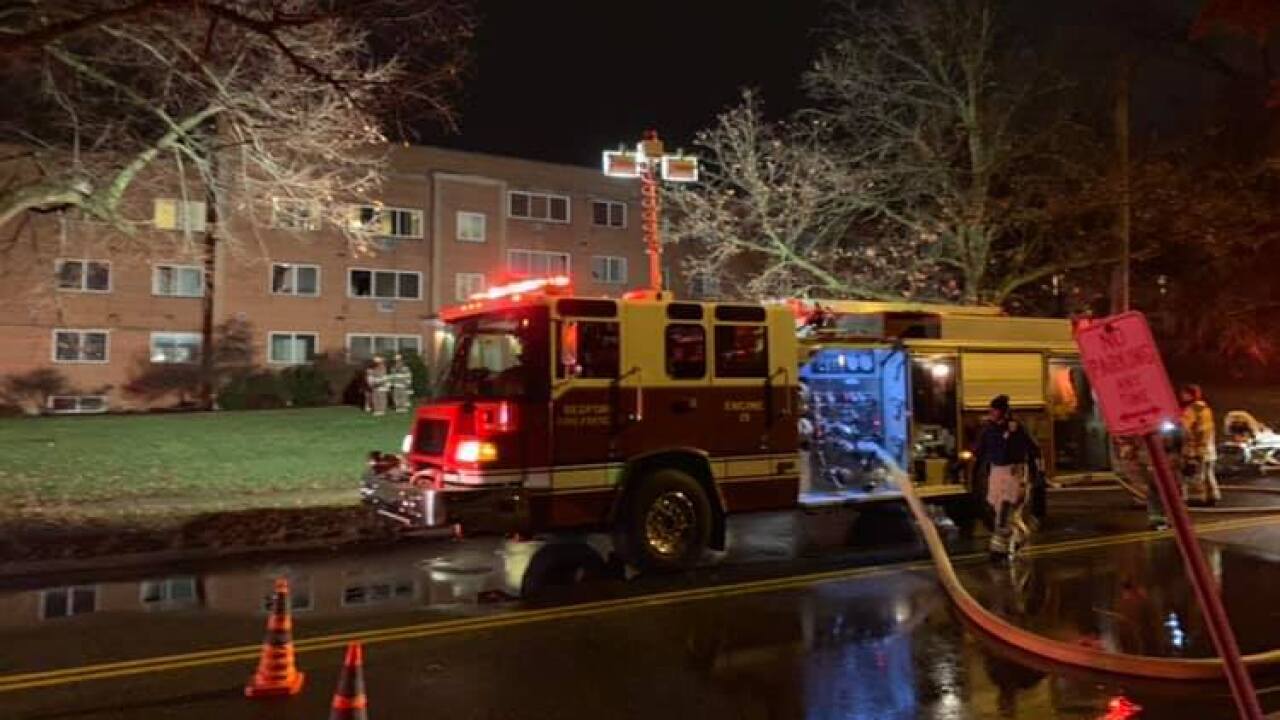 BEDFORD, Ohio — UPDATE: The man that died has been identified as 49-year-old Gregory Jones.

A man is dead and a toddler is in the hospital after a fire broke out at an apartment building in Bedford Friday night.

The Bedford Heights Fire Department responded to an apartment in the 200 block of Center Road in Bedford just before 11 p.m., according to authorities.

The fire was contained to a single unit but two individuals were pulled from the fire, firefighters said.

A man was transported to a nearby hospital where he later died. A 2-year-old child was flown to Toledo to receive treatment for smoke inhalation, according to firefighters.

The child’s condition is unknown at this time.

Other tenants of the apartment building were not displaced and no other injuries were reported.