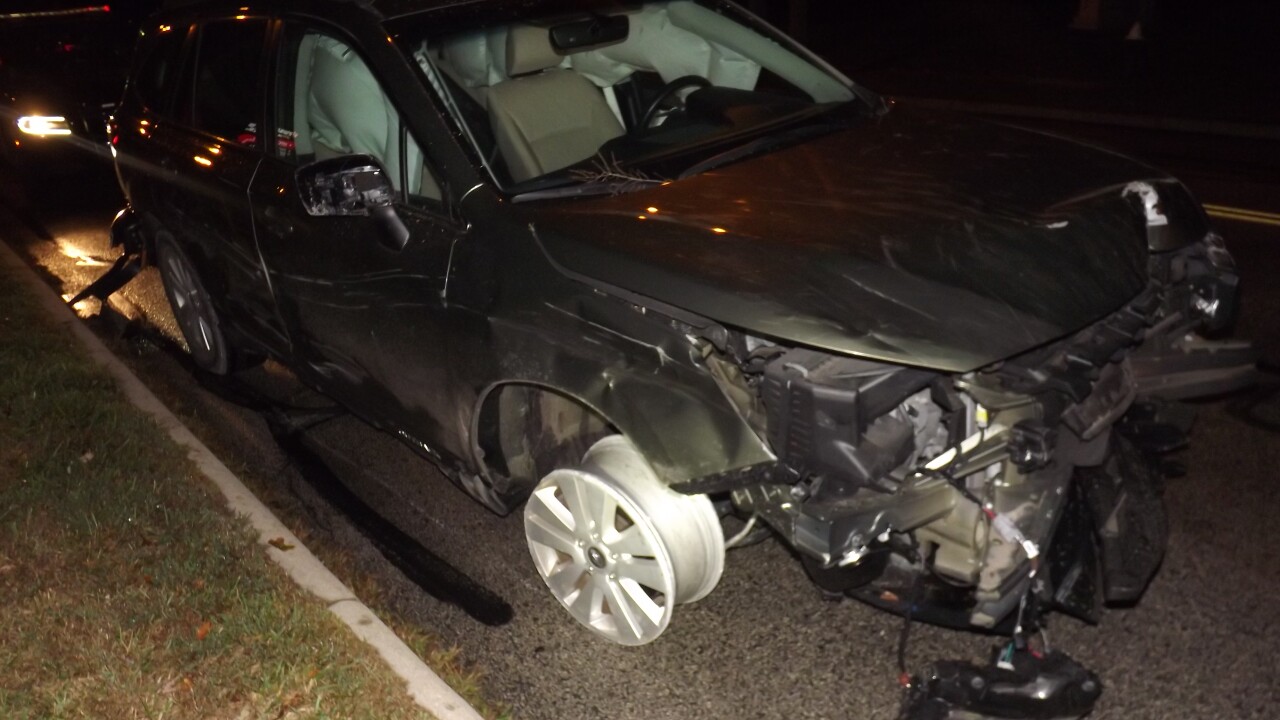 WESTLAKE, Ohio — A man was arrested after police observed him driving a heavily damaged vehicle on Center Ridge Road in Westlake early Monday morning, according to the Westlake Police Department.

Around 3 a.m., police received a call that a severely damaged SUV was heading west on Center Ridge Road from Dover Center Road.

The responding officer spotted the SUV that was missing a front bumper and a headlight, driving on a rim with no tire, and had the back bumper hanging off of the vehicle. The airbags inside of the SUV had also been deployed, police said.

After being pulled over, the man driving the SUV told police that he wasn’t sure what had happened but he believed he had hit a fence, according to police.

Police said the man admitted to drinking. After he was given a sobriety test, he was arrested and taken back to the police station where he tested two-times the legal limit.

On Tuesday morning, a resident of Northglen Drive called police to report that a vehicle had driven through her yard and left several parts scattered across her lawn, according to police.

Police determined the man driving the SUV had struck a fence, several trees and other landscaping before driving away.

The driver of the SUV was charged with hit-skip for leaving the scene of the crash as well as his OVI charges, police said.