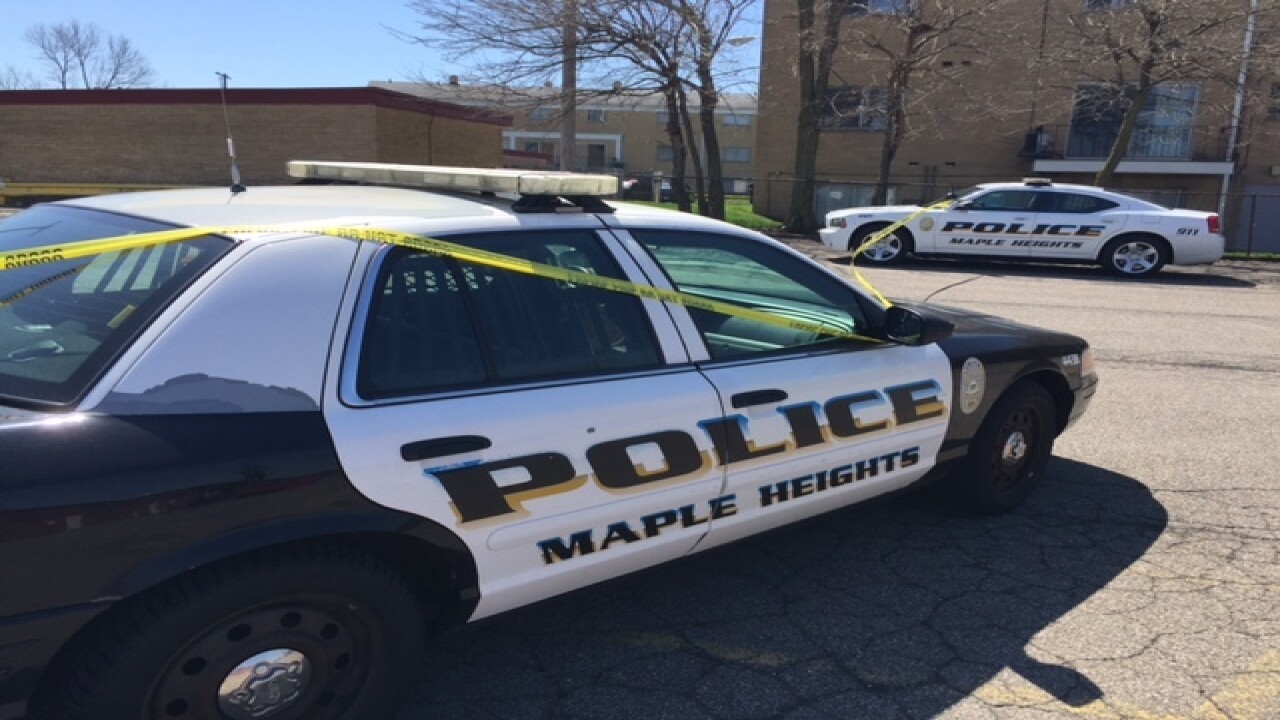 MAPLE HEIGHTS, Ohio — The Maple Heights Police Department is looking for two vehicles who caused damage to power lines and utility poles in the 15800 block of Broadway Avenue on Wednesday.

At around 6:30 a.m., police responded to a crash where two utility poles were severely damaged with live wires down near Broadway Avenue and Orchard Street.

Police said the vehicle that is suspected of causing the damage is a white or light-colored, late model SUV, which left the area and traveled south on Broadway Avenue.

A second vehicle, described as a semi-truck hauling a trailer, left the area after causing additional damage.

Anyone with information is asked to contact police at 216-587-9624 or Detectives@mhpd-ohio.com.