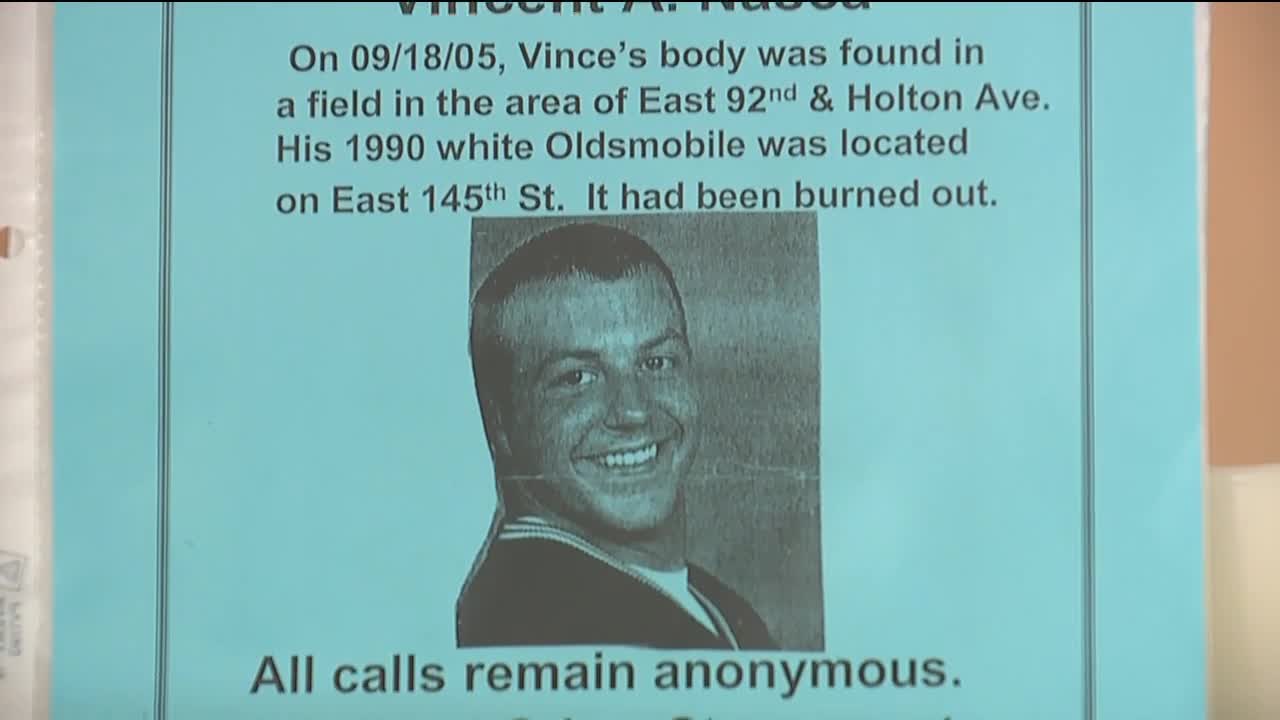 A mother desperate for answers about who murdered her son more than a decade ago is putting up $100,000 of her own money for a reward in hopes it leads to answers. 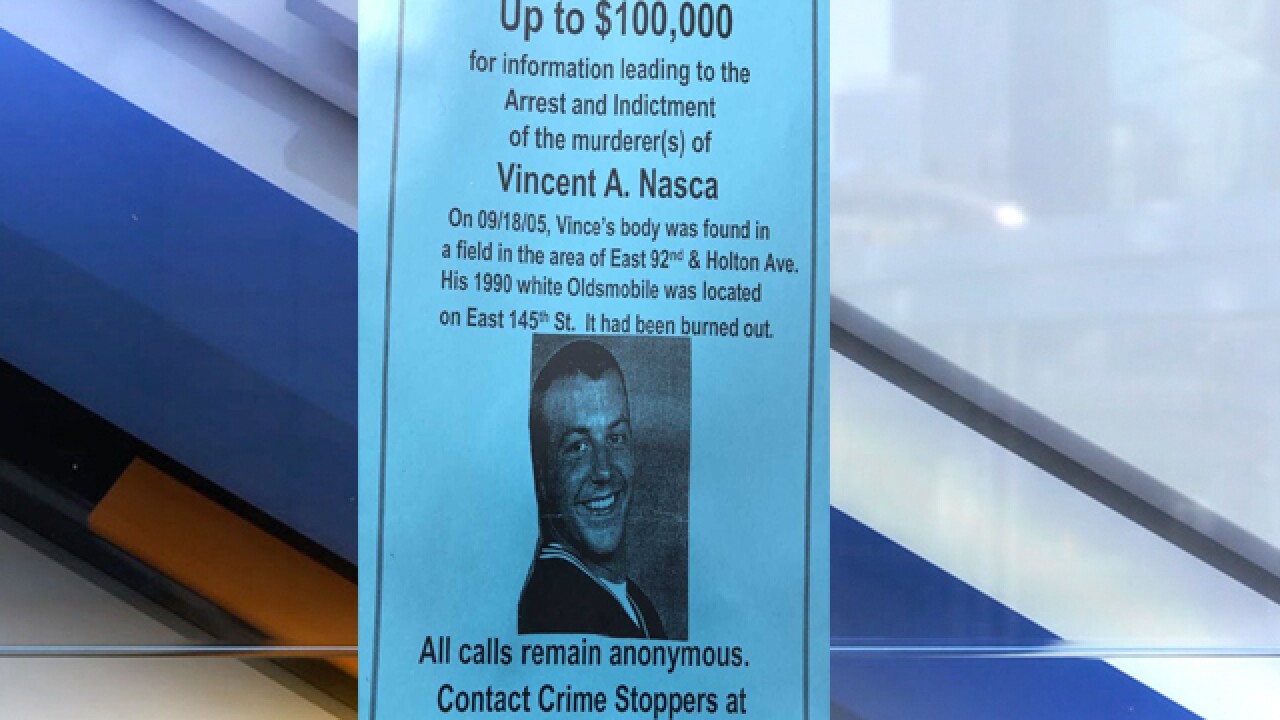 CLEVELAND — A mother desperate for answers about who murdered her son more than a decade ago is putting up $100,000 of her own money for a reward in hopes it leads to answers.

“My parents left me money when they passed away and I would give anything, anything,” said Yvonne Nasca.

Yvonne Nasca said Vincent Nasca left his home on Kewanee Avenue in Euclid to buy cigarettes at a store just down the street.

“Sometimes all I do is pray and I think the only way I will ever find out is when I die,” she said.

When he didn’t come home, his fiancée called Yvonne, his employer searching for him and then police.

That is when the murder mystery began for Yvonne Nasca.

His body was found a short time later in a field at East 92nd Street and Holton Avenue.

“I had to identify him at the morgue. I had to have a closed casket for him,” she said.

Nasca said her son worked two jobs, was about to get married. He was happy, kind and generous.

“When somebody decides to take a life without reason. Every day I wake up, it’s always right in the back of my mind,” said Nasca.

Now, Nasca's love for her child will not allow her to stop searching for answers.

“As time goes by you don’t have any malice, you just want to understand why this happened and why did this person think his life was worthless,” she said.

If you have any information on the murder of Vincent Nasca call Crime Stoppers at 216-252-7463.