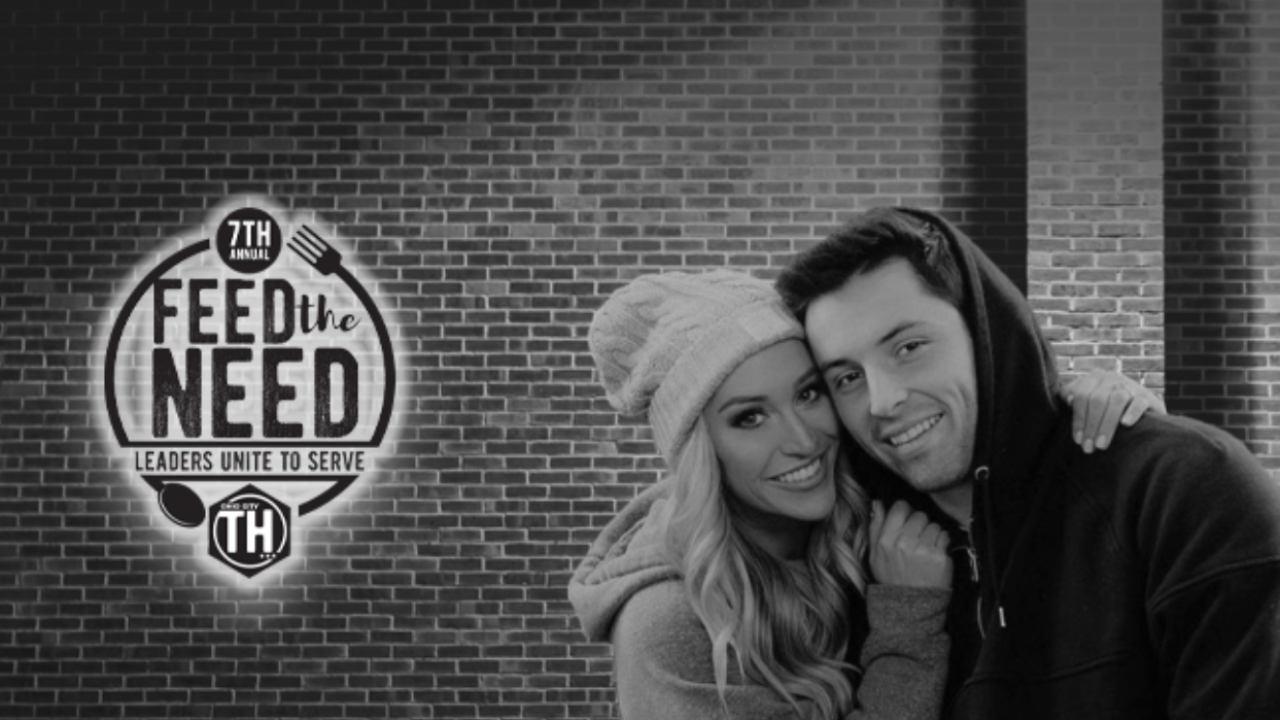 Promotional image for the 7th Annual Feed the Need at Townhall, hosted by Baker and Emily Mayfield and other Browns.

CLEVELAND — Cleveland Browns Myles Garrett and Jarvis Landry are expected to join the 7th Annual Feed The Need at Townhall, hosted by Emily and Baker Mayfield.

Along with meals, there will be balloons and fun activities for kids and their families, including Santa and Mrs. Claus, Cleveland’s professional team mascots, the Cavaliers dance team, non-profit, Superheroes for Kids in Ohio, and a live broadcast from 92.3 The Fan.

RELATED: How you can get a free turkey this Thanksgiving