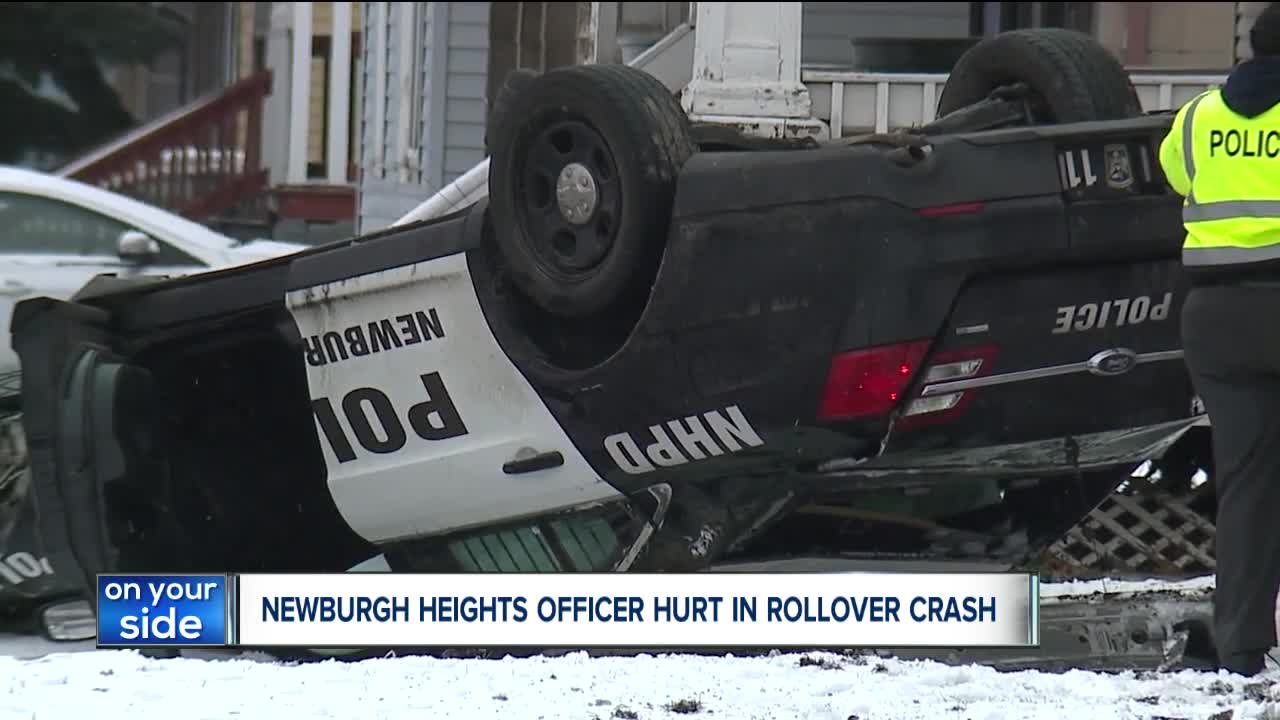 Newburgh Heights police officer, Robert Veverka, is out of the hospital after a crash. 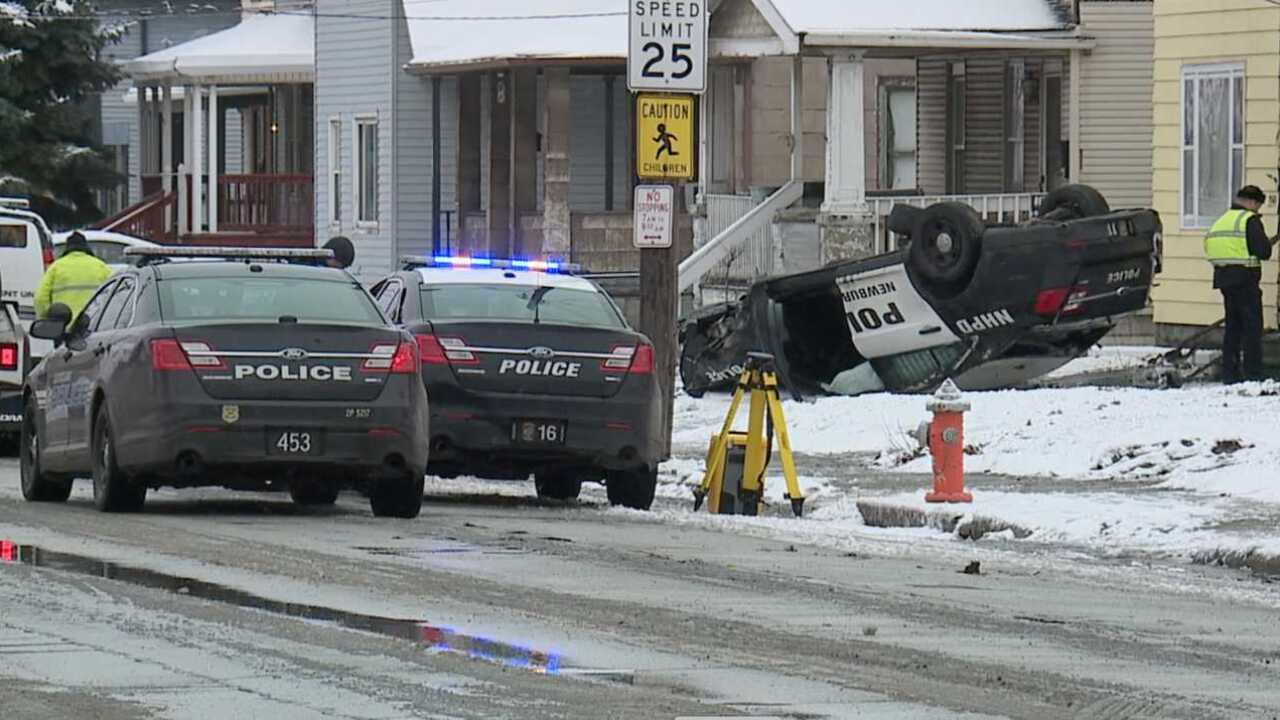 NEWBURGH HEIGHTS, Ohio — Newburgh Heights police officer, Robert Veverka, is out of the hospital after a crash.

He said he spotted a driver traveling twice the posted speed limit.

Veverka tried to stop the driver but hit a patch of ice. The officer then lost control, hit a curb, flipped over. The patrol car crashed into a parked SUV.

David Gross was on his way to church when he found himself right in the middle of it all.

Gross and Hugh Woodson jumped into help the injured officer.

“We cut him out of the car,” said Woodson.

Chief John Majoy said the department’s chase policy is only to chase in the case of a violent felony or OVI. Majoy stressed this was not a chase.

“He was simply trying to catch up to a traffic offender,” said Majoy.

Majoy said he’s not sure if the driver even knew the officer was attempting a traffic stop.