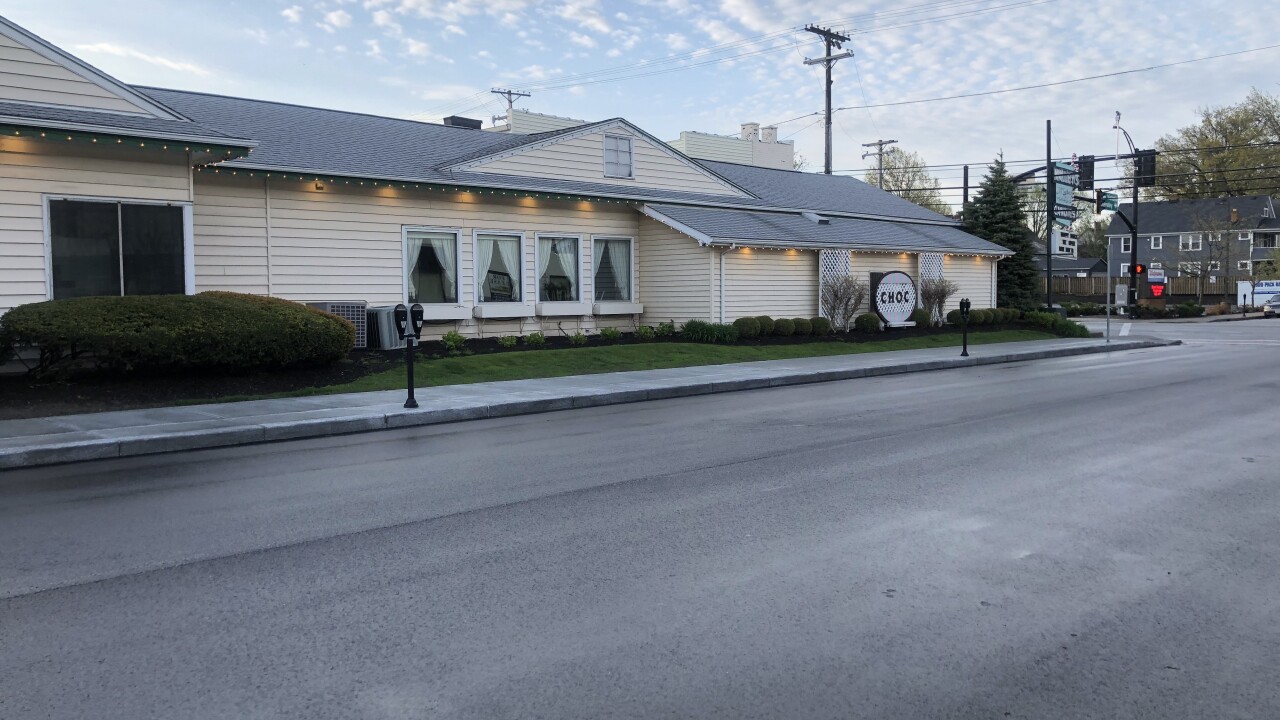 A potential walk-up window appears to be planned for the part of the building where Malley&#39;s &quot;CHOC&quot; sign sits today. The grass near the windows to the left of the sign would become a place for customers to wait for their orders.

LAKEWOOD, Ohio — Malley's is warning guests about a new text being sent out with incorrect information.

Malley's said that someone is sending texts asking people to put their decal on their personal vehicle, stating that they would be paid $400 a week for it.

A spokesperson said they are unsure where it originated, but that the text is incorrect.

The chocolate shop is warning customers not to give their personal information to anyone if they receive a text.

While you're not guaranteed $400 for sporting the Malley's "CHOC" decal, if a Malley's representative spots it on your vehicle, you could win $500 or one of several $25 gift certificates. The texts appear to be playing off this known promotion.