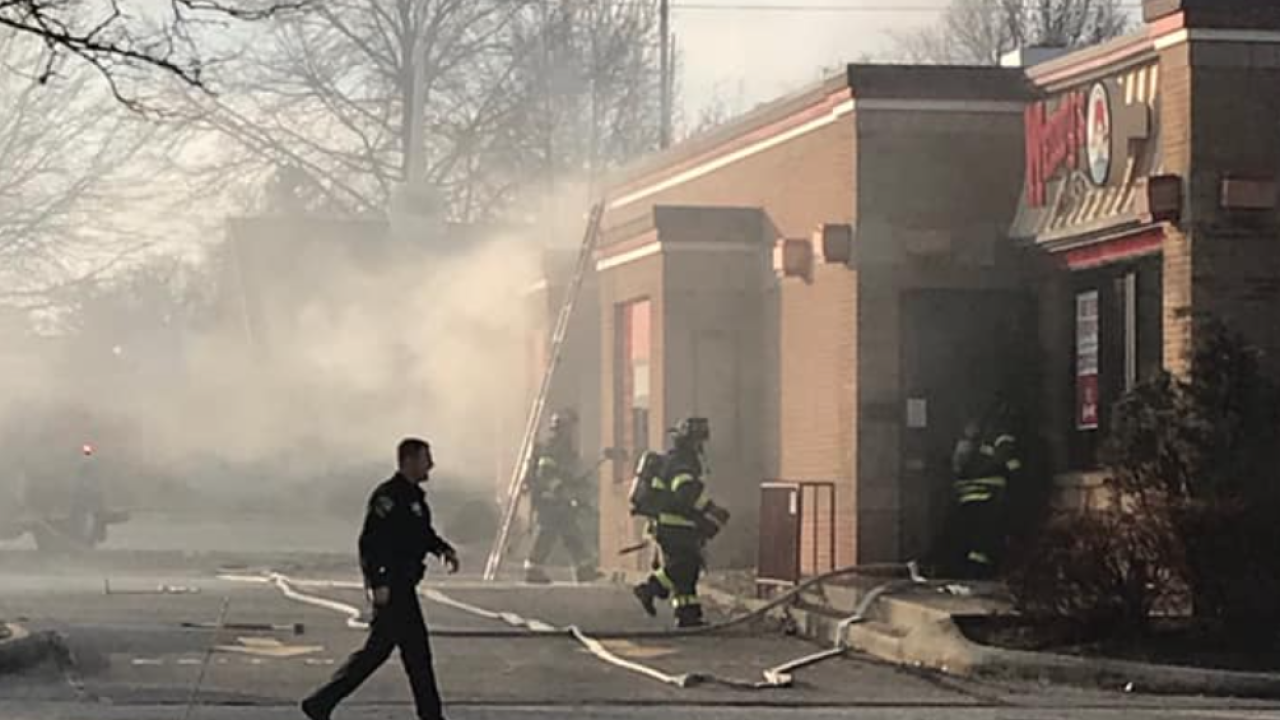 PARMA, Ohio — Parma firefighters put out a fire at a Wendy’s on Ridge Road Sunday morning, according to the Parma Fire Department.

Firefighters were called to the Wendy’s in the 6900 block of Ridge Road in Parma where they discovered the building on fire and worked to extinguish the flames.

Chief Mike Lasky of the Parma Fire Department was the first on scene and said his crew attacked the fire aggressively.

“The crew from Engine Company 5 made an aggressive attack at the seat of the fire and prevented any significant advancement of the fire,” Lasky said.