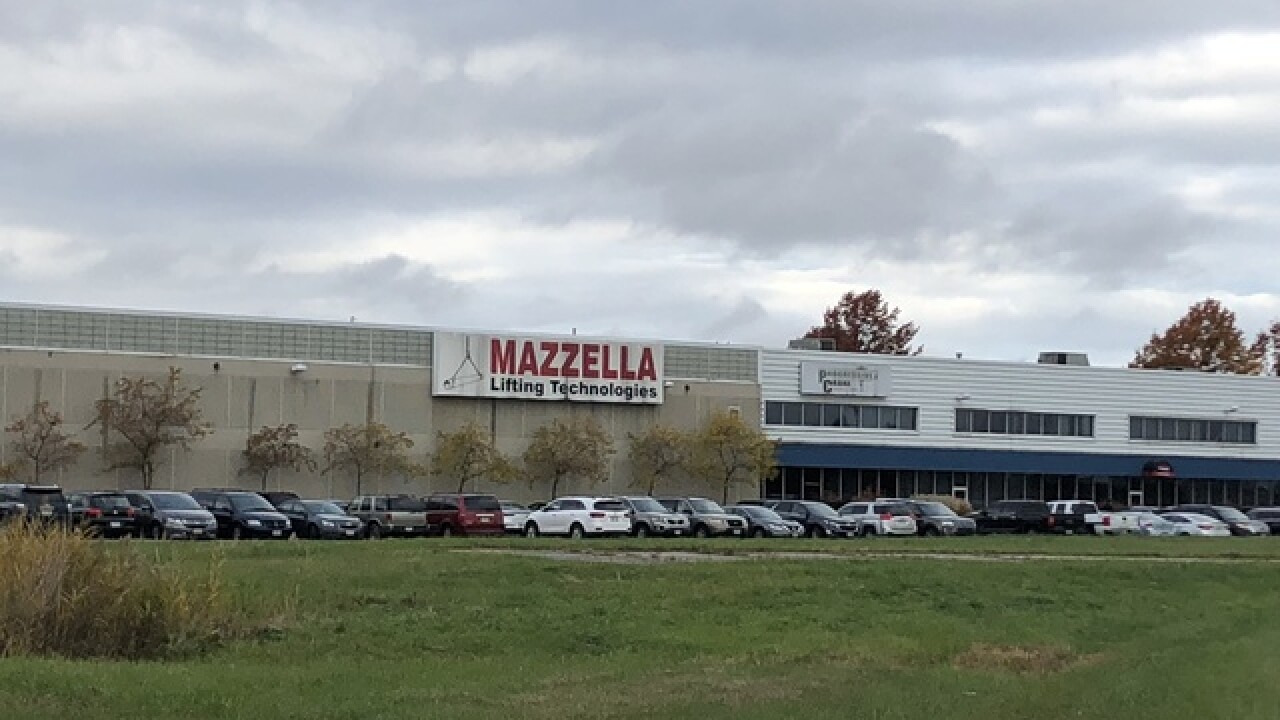 Copyright 2018 Scripps Media, Inc. All rights reserved. This material may not be published, broadcast, rewritten, or redistributed.
Andy Sugden
<p>Police are investigating a bomb threat at Mazzella Lifting Industries, which is located near the I-X Center where President Trump is expected to speak.</p>

Cleveland police investigated a bomb threat at a business near the I-X Center ahead of President Trump's visit to Cleveland on Monday.

Authorities were called to the area near the I-X Center at 8 a.m. for a bomb threat just hours before Trump is expected to speak at the I-X Center.

The address where authorities investigated is listed as Mazzella Lifting Technologies— a company in the overhead lifting and rigging industry.

A News 5 crew on scene says there is no visible police activity at the business, and employees have been let back in the building.

Cleveland police confirm the building has been cleared:

Officers responded to 21000 Aerospace Parkway today at approximately 8 am for a report of a phoned in bomb threat.  The employees were evacuated from the business as a precaution.  A full search of the building was conducted along with the Canine Unit.  The building has been cleared and employees are allowed to return. There is no suspect information at this time.  This matter remains under investigation.