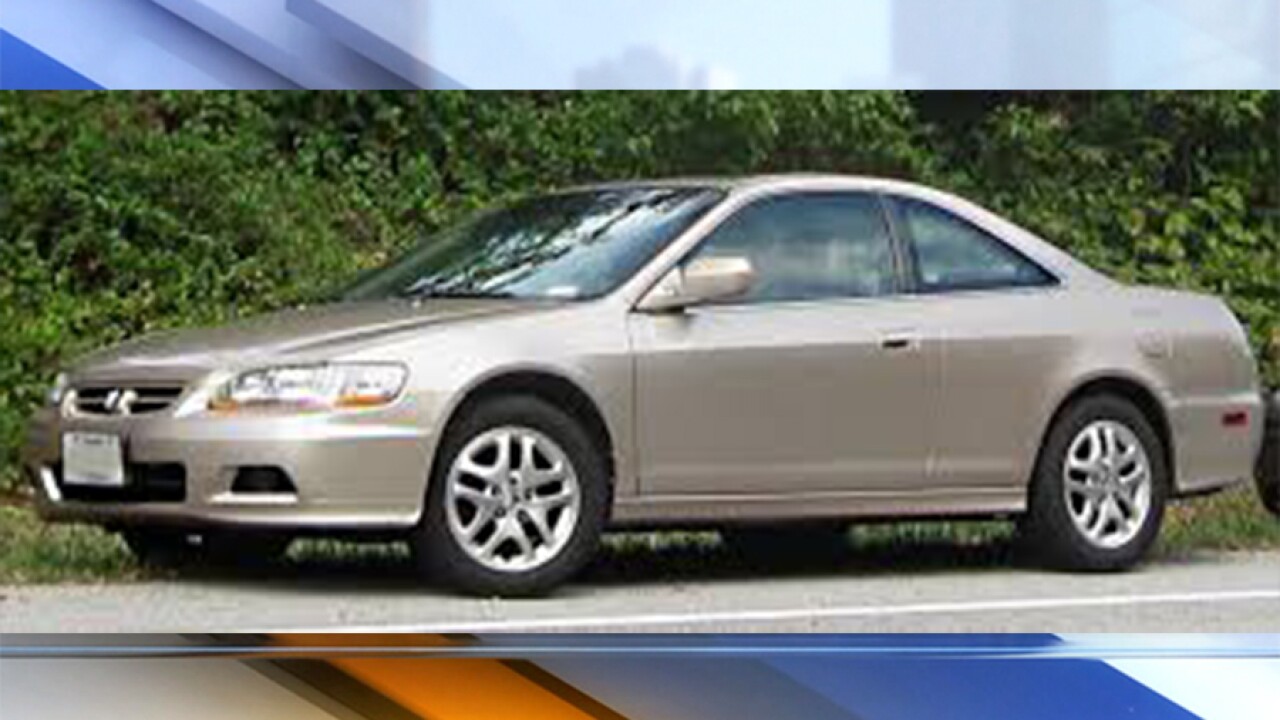 Similar gold Honda Accord. Not the actual stolen car.

GARFIELD HEIGHTS, Ohio — Authorities are asking for the public's help in locating a car that was stolen in connection with a homicide that happened earlier this week in Garfield Heights.

On Monday, authorities responded to a home in the 12000 block of Darlington Avenue after a woman called and said she found her son unresponsive and covered in blood in her basement.

Authorities said they later discovered the man had been shot multiple times. Multiple bullet holes were also found in the basement hallway.

The man was identified as Meshach Cornwall, authorities said.

The mother's gold 2009 Honda Accord, with the license plate FRL4579, was reported missing from the garage, authorities said.

Anyone with any information regarding the whereabouts of the vehicle or shooting are asked to call the Garfield Heights police at 216-475-6607.