Copyright 2018 Scripps Media, Inc. All rights reserved. This material may not be published, broadcast, rewritten, or redistributed.
Tom Livingston
<p>A man was shot on the 11820 block of Imperial Avenue.</p>
By: Kaylyn Hlavaty
Posted at 11:10 AM, Jun 29, 2018

Cleveland police are busy investigating three shootings and one homicide that occurred on Thursday.

At 3:35 p.m., officers found a 32-year-old man, later identified by the Cuyahoga County Medical Examiner's Office as Terry Stafford, with multiple gunshot wounds on the 4590 block of Quincy Avenue. Police administered medical aid until EMS arrived, but he died at the scene, according to police. 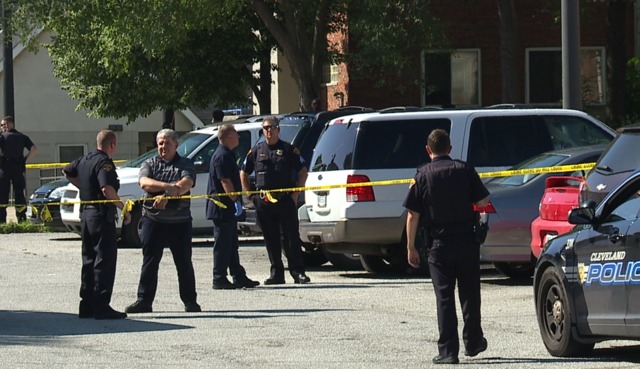 Officers learned an unknown vehicle entered the parking lot when a man exited the car and approached the victim, firing multiple shots at Stafford before fleeing the scene.

Several hours later, police responded to the area of E. 119th Street and Imperial Avenue where they found a man who said he was shot while sitting in the car outside with his three children in the backseat.  The shooter was in a silver Toyota and fled westbound on Imperial Avenue, according to authorities. 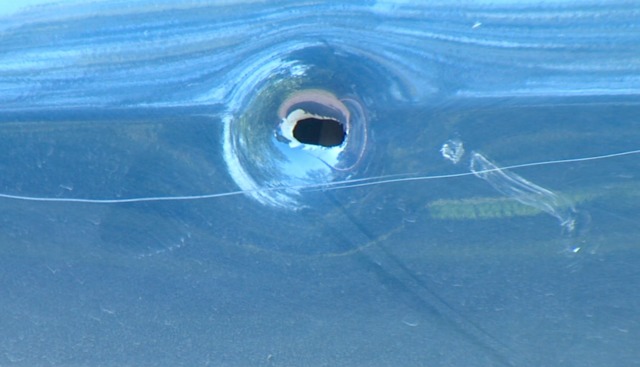 A bullet hole in a car parked in on Imperial Avenue.

The victim was grazed in the upper rib cage on the left side of his body. The children were not injured during the shooting.

The second shooting happened around 7:16 p.m. in the area of E.90th Street and St. Clair Avenue. When officers arrived, they administered medical aid to the victim until EMS arrived. EMS then transported the victim to University Hospitals Cleveland Medical Center. It was discovered that the victim had been shot six times, according to police.

The third shooting started after a victim went to collect a debt in the 2300 block of E. 86th Street. The victim told police she got into an argument with the witness about the debt when they were separated by a suspect who displayed a gun and shot her. After she fell to the ground, the suspect shot her again in the knee. Police said the suspect is the ex-boyfriend of the victim who left the house after the shooting.