The officers were in the back parking lot of the East Cleveland police department when they heard shots fired in the area and were simultaneously dispatched for a call for a physical altercation between a male and a female.

Authorities say one shot was fired by one of the officers, which struck the suspect. The suspect continued to charge at the officers until he was finally taken into custody.

BCI said the suspect had a gun which was recovered at the scene.

The East Cleveland Police Department is less than half a mile from the where the shooting happened. 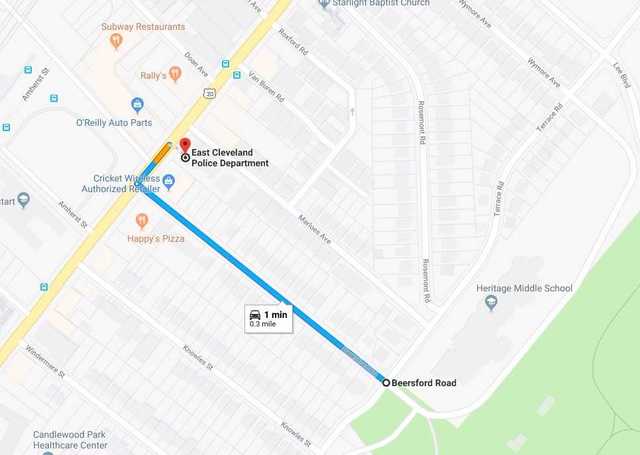 BCI is on scene and will be the lead investigator, police said.