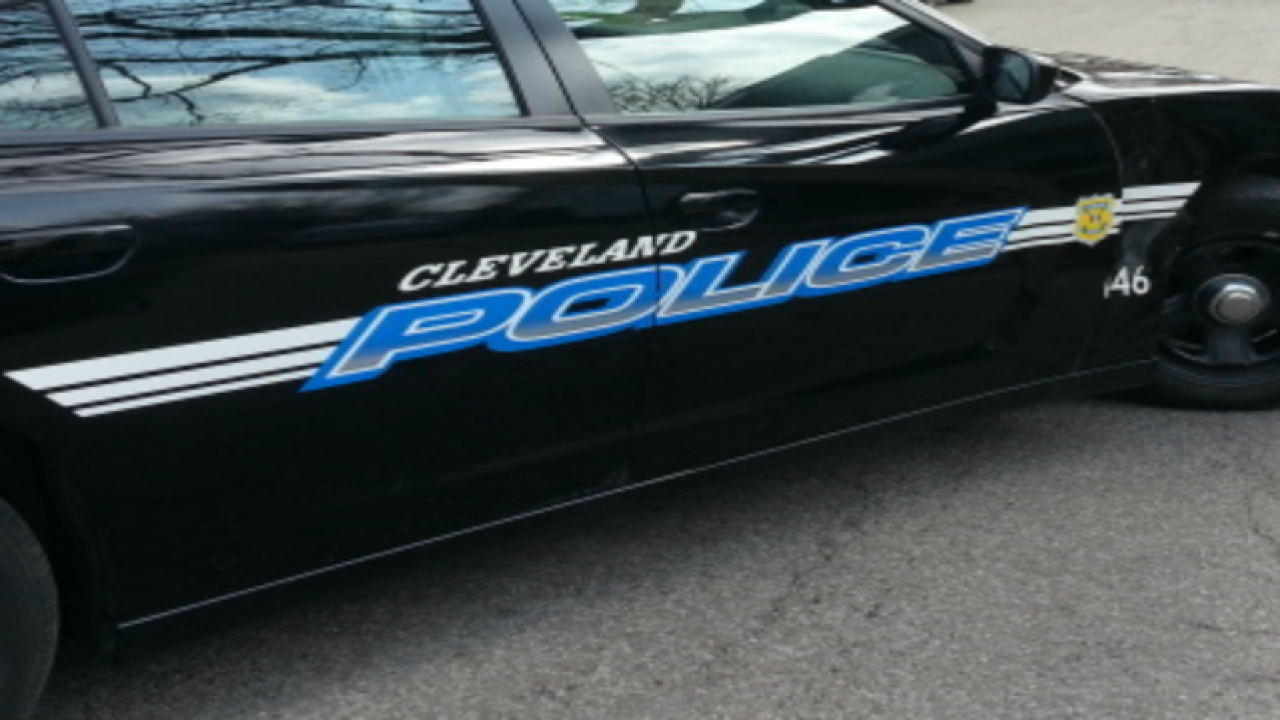 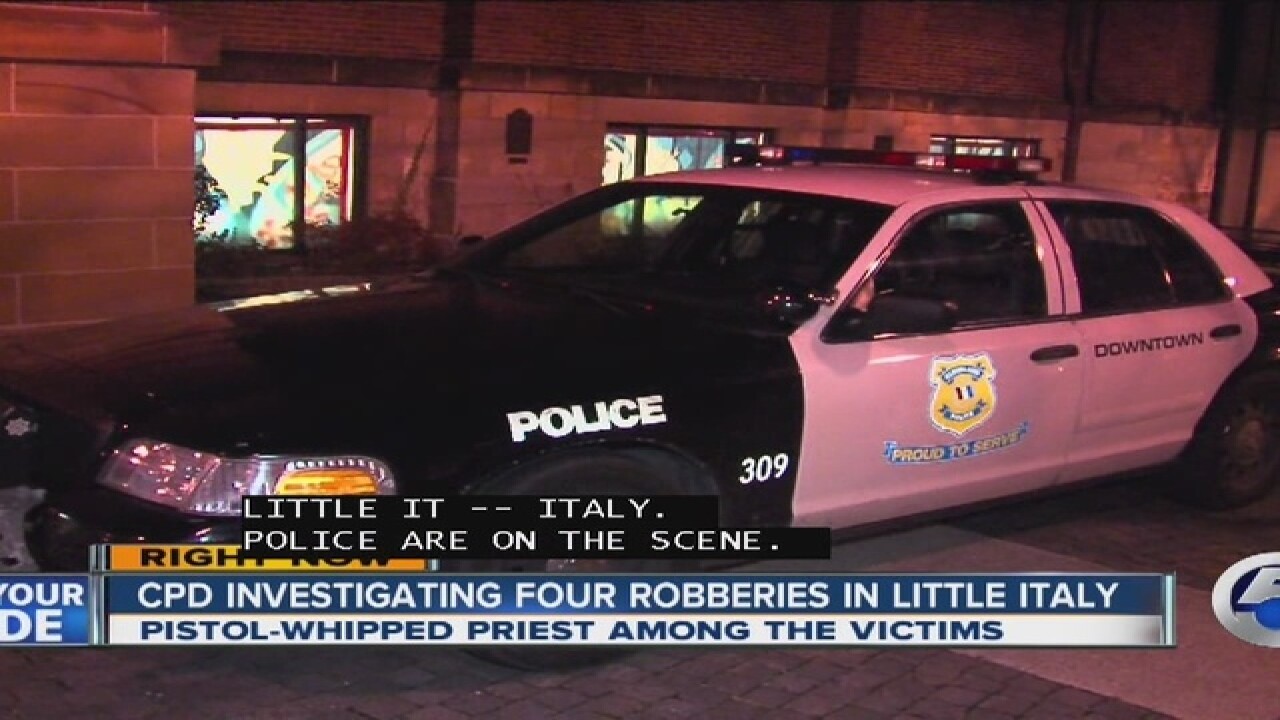 Authorities are searching for three suspects after Cleveland police say a priest was robbed at gunpoint and pistol-whipped shortly after 8 p.m. on Saturday.

According to a police spokesperson, the 61-year-old priest was approached by the three men as he walking to his car after leaving a church near East 120th and Mayfield Road. He sustained hand and face injuries in the attack but refused medical attention.

A second victim who was in the parking lot was also robbed by the three men but was not harmed.

Similar incidents were reported by other victims.

Police said a female victim described the same suspects after her wallet was stolen on Coltman Road. A third victim told police he was robbed on Euclid Avenue and his wallet was also taken.

The suspects are described as black males with one wearing all black, another wearing a gray sweatshirt and the third suspect wearing a gray jacket. One of the men was described as having short dreadlocks. They were armed with handguns and a rifle, police said.