Psychiatric patient found on east side after escaping from MetroHealth

A 16-month-old child and vehicle were found in Lakewood after a psych patient at MetroHealth in Cleveland fled the hospital.

Police have caught the psychiatric patient who escaped MetroHealth in Cleveland and stole a car with a 16-month-old baby inside. 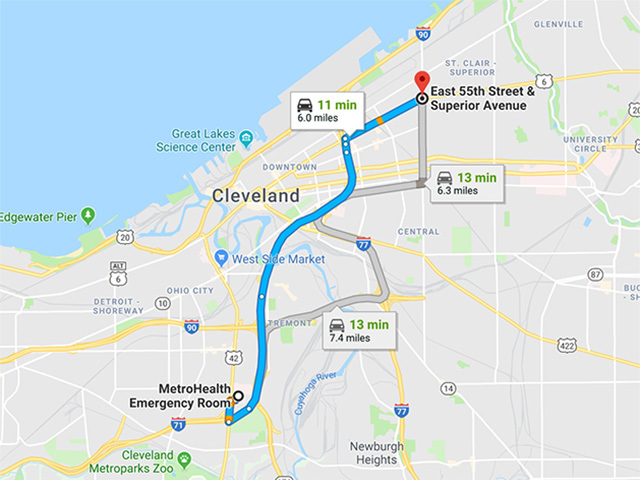 Cleveland police said Burke left the emergency room in a gown around 5:17 p.m. Around the same time, the child's father told police he was pulling out of his garage a few blocks away on Woodbridge Avenue and Fulton Road with the baby in the back seat. When he got out of the car to shut the garage door, Burke jumped in the car and took off with the baby still inside. The car also had a handgun inside, which Burke may have taken with him, according to police.

The baby and the vehicle were found on Madison Avenue in Lakewood and the child is safe, according to police. After ditching the child and the car, Burke fled again until he was found on the east side. Police were able to locate him by following cellphone pings across Cleveland.

Burke had been in custody on drug charges in Mentor and was sent to MetroHealth sometime over the weekend, according to officials. It is unclear what kind of security, if any, he was under when he escaped. News 5 reached out to MetroHealth to find out, but we have not heard back.