Reports of storm damage include roof blown off a Parma business

The storm that moved through the area Wednesday evening caused significant damage in several places across the county, including roof damage to a Parma business, an apparent lightning strike in Westlake, and trees down in Old Brooklyn.

The entire roof apparently blew off the Parma Dental Center at 5311 Broadview Rd., reported News 5 photographer Rich Geyser. The roof was sitting in the back parking lot alongside the standpipes, and power was along the road and some neighboring residential streets. A window was also blown out of a nearby office. 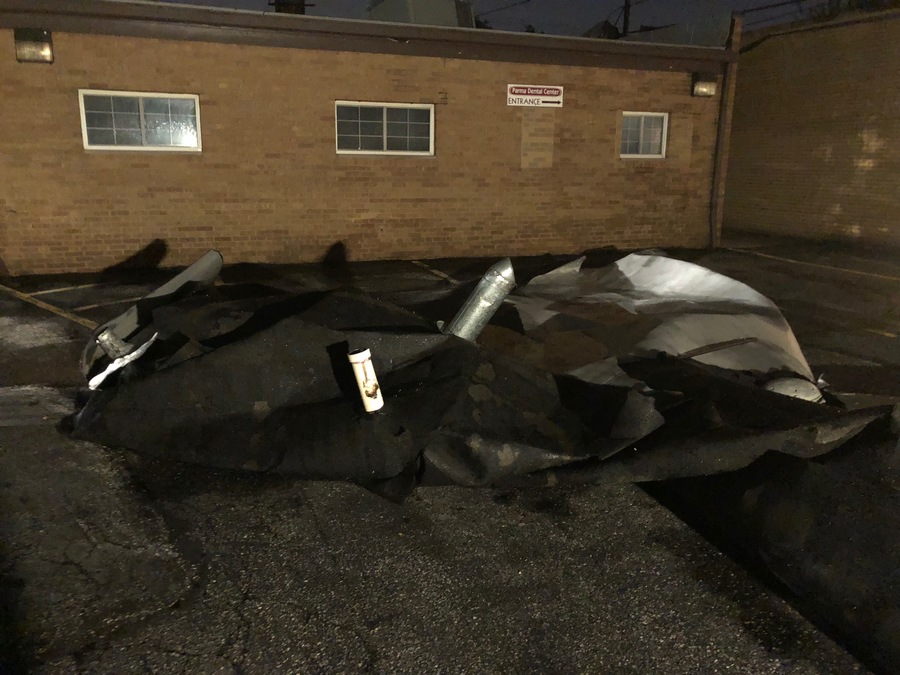 There are also reports of multiple trees and power lines down in Parma.

In Westlake, lightning apparently struck a telephone pole at Center Ridge Road and Clague Road. The pole was on fire in the middle of the roadway, forcing motorists to drive around it to avoid it. 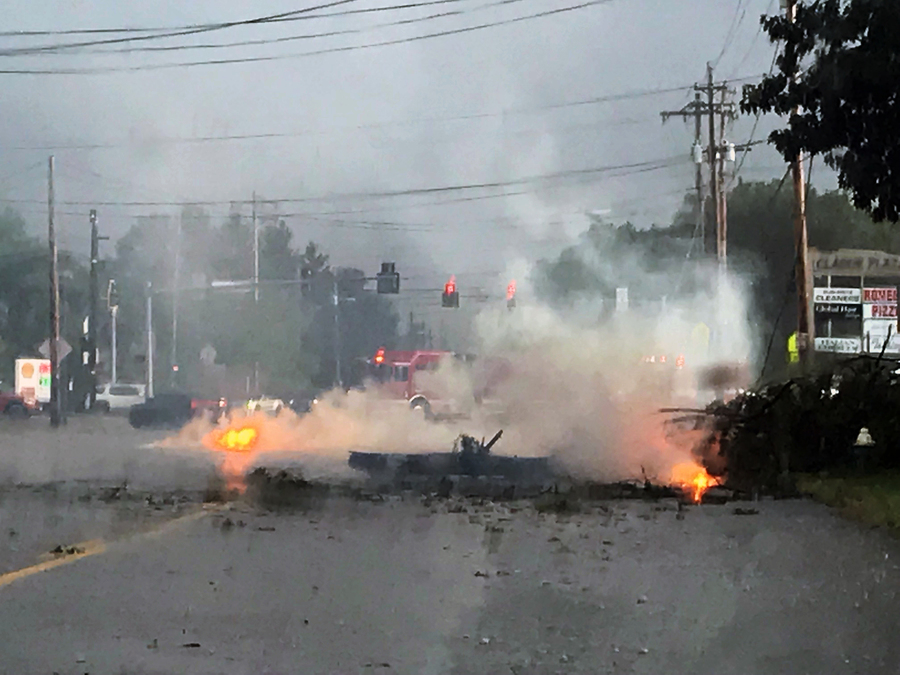 A powerful gust front caused minor damage to a tree in Old Brooklyn, reported News 5 journalist Jordan Vanderberge. He and his neighbor were able to clear it out of the street because it was impeding traffic, and no one was hurt. 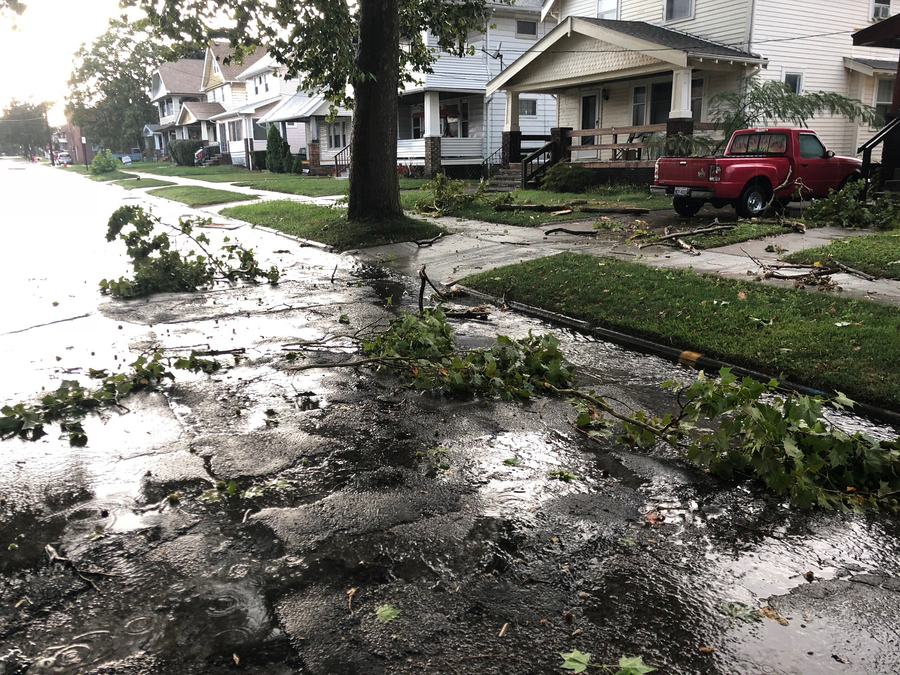