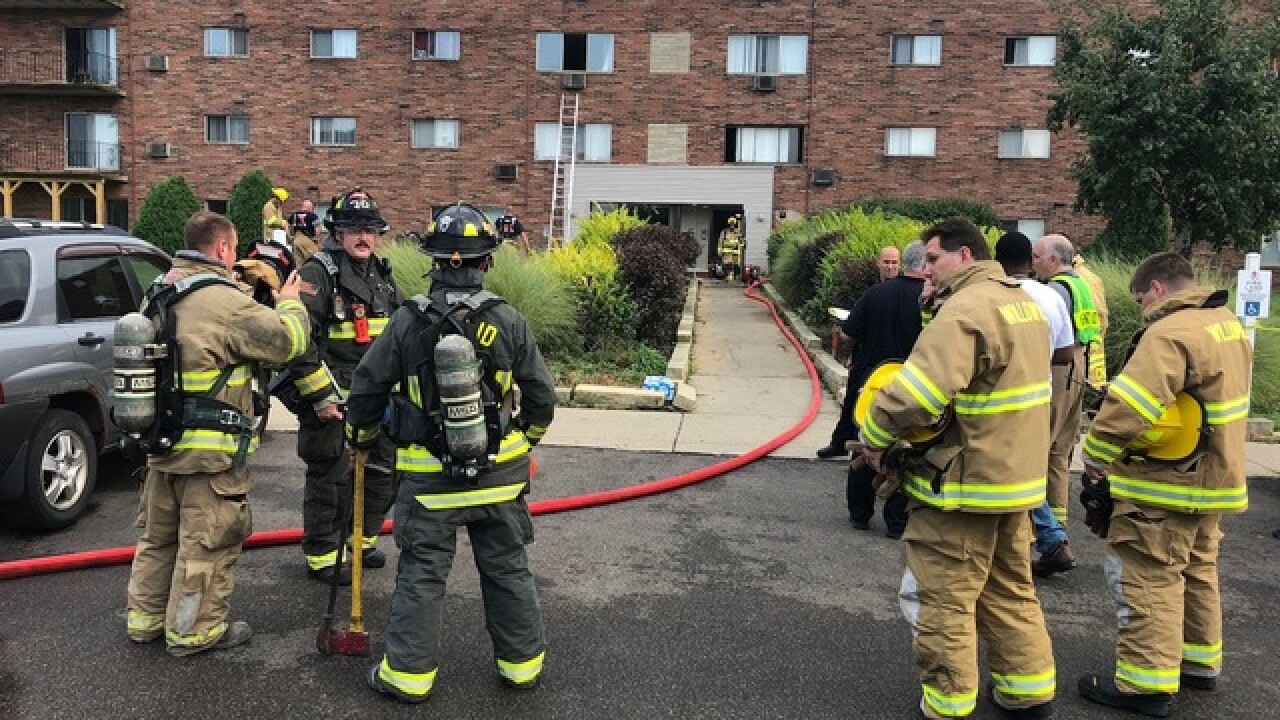 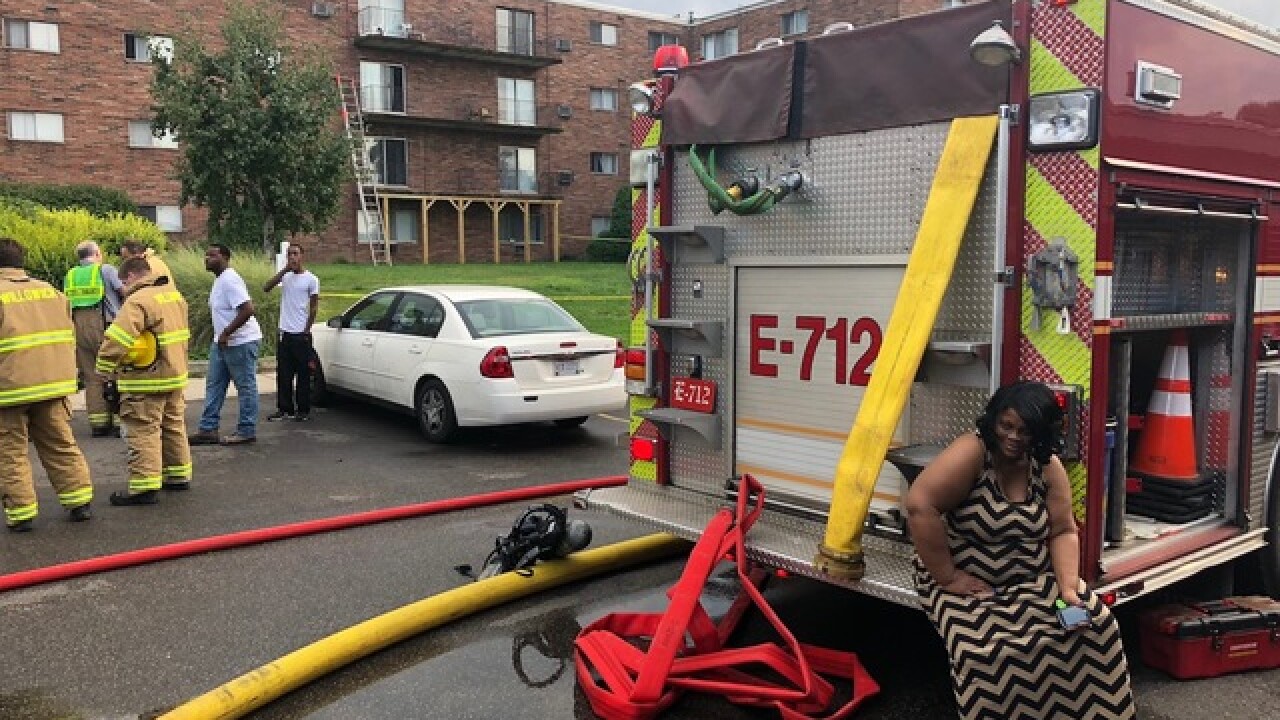 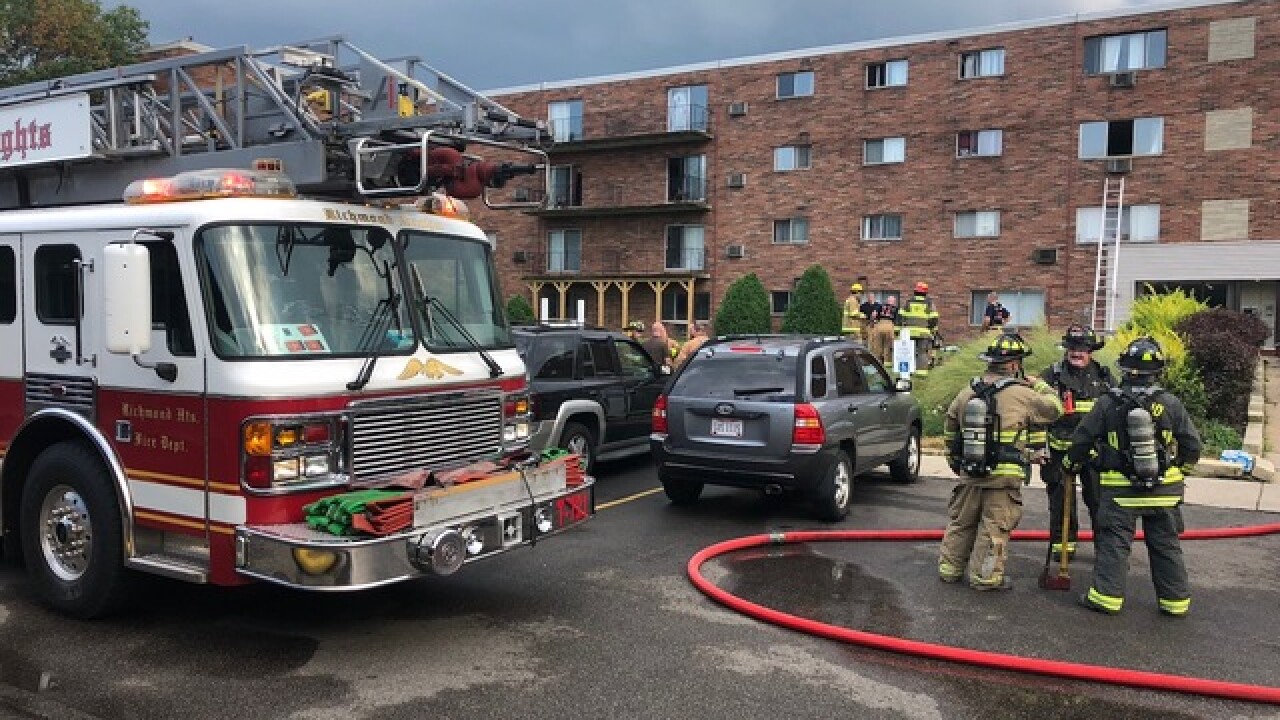 Five residents were injured, and one person died after a two-alarm fire broke out at an apartment complex in Richmond Heights Friday evening.

The fire started around 4:10 p.m. Several people were dangling from balconies and windows at Loganberry Ridge Apartments, according to the Richmond Heights Fire Department.

Firefighters rescued nearly 10 people. Six individuals were transported to a nearby hospital for treatment, where one was pronounced dead. The victim has been identified as an adult male, but his name is not yet known.

The condition of the five residents injured is currently unknown. The cause of the fire is also unknown at this time, but it is known that it started on the 3rd floor of the complex.

According to Richmond Heights Fire Chief Marc Neumann, the apartment complex has 72 units, but only 60 were occupied. Of those 60, eight of the units were damaged by the fire leaving eight families displaced.

The building is managed by the management company ROCO, who has provided two of the families with apartments that were unoccupied in the building. The remaining six families have been assisted by the American Red Cross.

There was heavy smoke damage on the third floor and water damage on the second floor, authorities said. The fire doors that are on each floor of the complex helped to contain the fire.