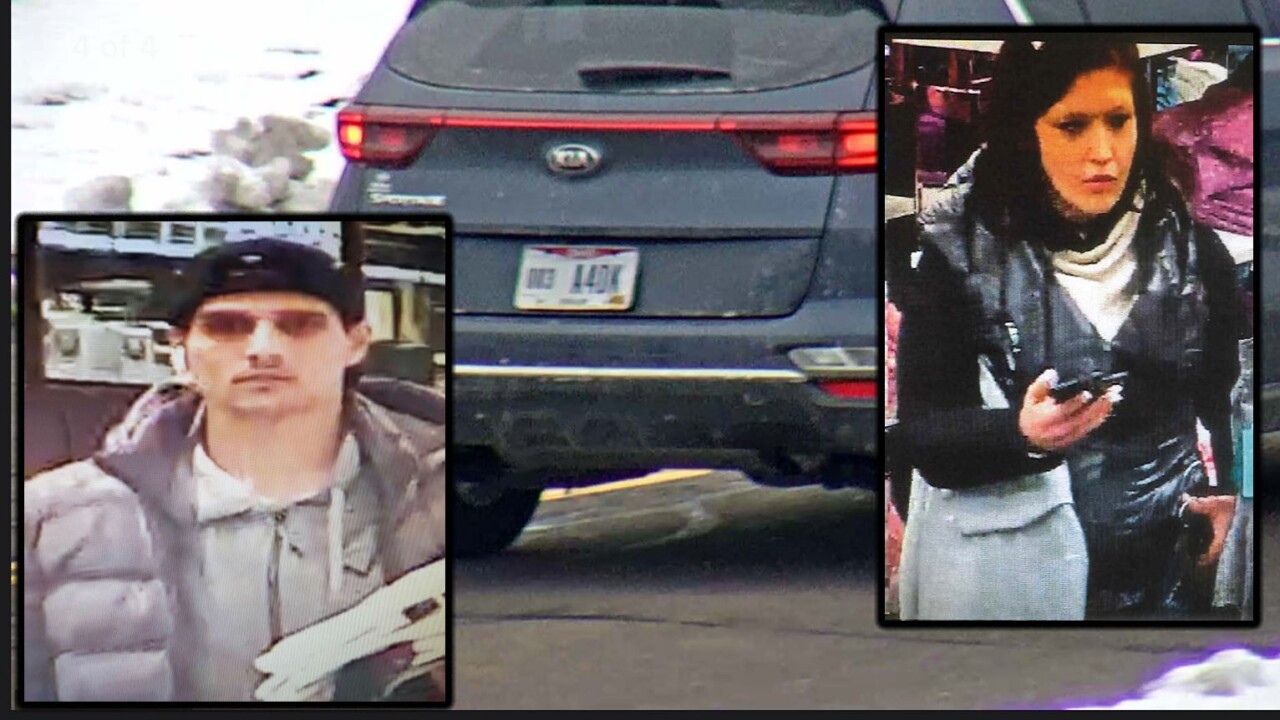 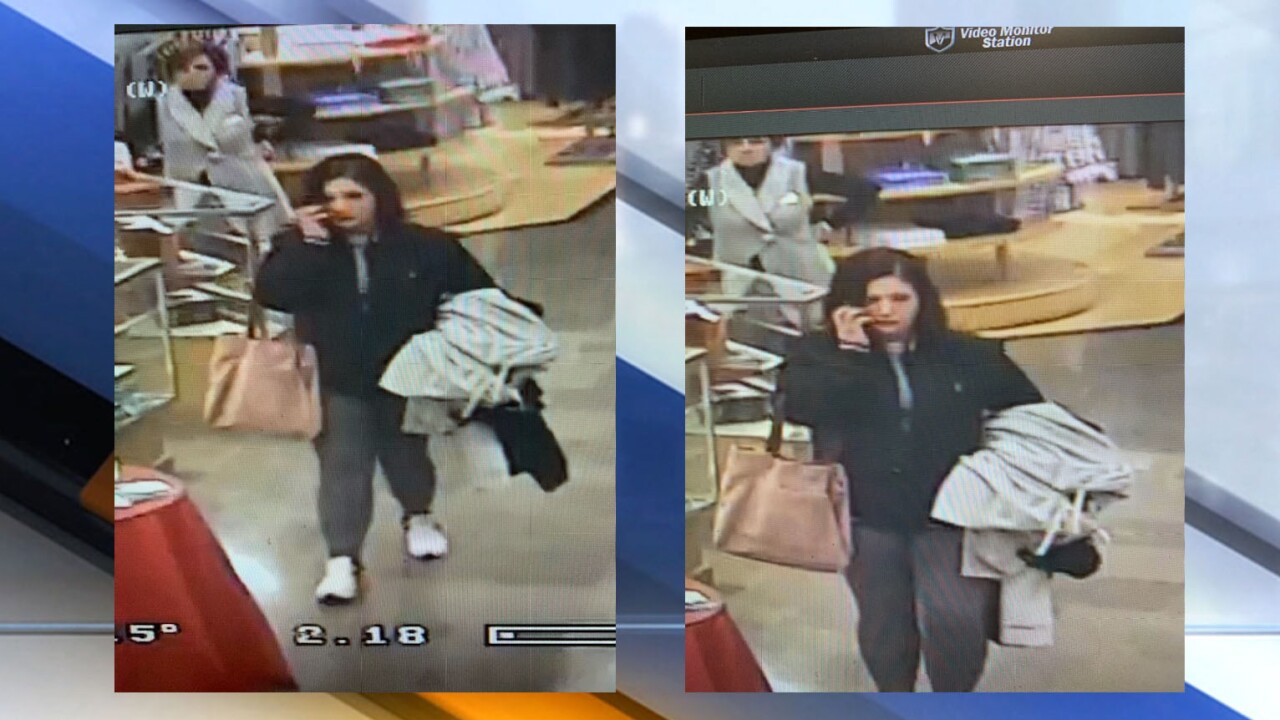 NORTH OLMSTED, Ohio — A shoplifter and her getaway driver struck a North Olmsted police officer Thursday night, sending him to the hospital, according to police.

North Olmsted police say the woman stole from the Dillard’s at Great Northern Mall. They said that she and her getaway drivers struck a North Olmsted officer.

Police provided surveillance images of the shoplifter, and said they are also looking for a gray Kia Sportage. The car may have a stolen dealer plate: 003ADK.

Anyone who recognizes the woman, the man or sees the vehicle is asked to call North Olmsted police at 440-777-1234.