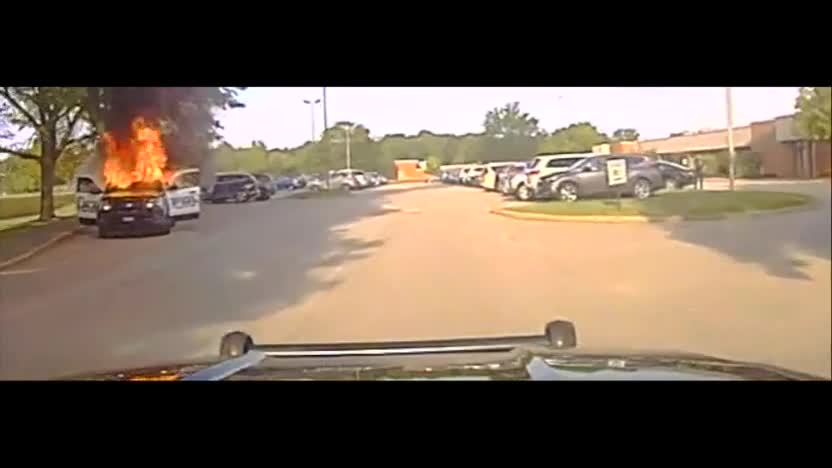 Solon police provided this dash camera video which shows a cruiser on fire in the parking lot of Orchard Middle School Monday morning. 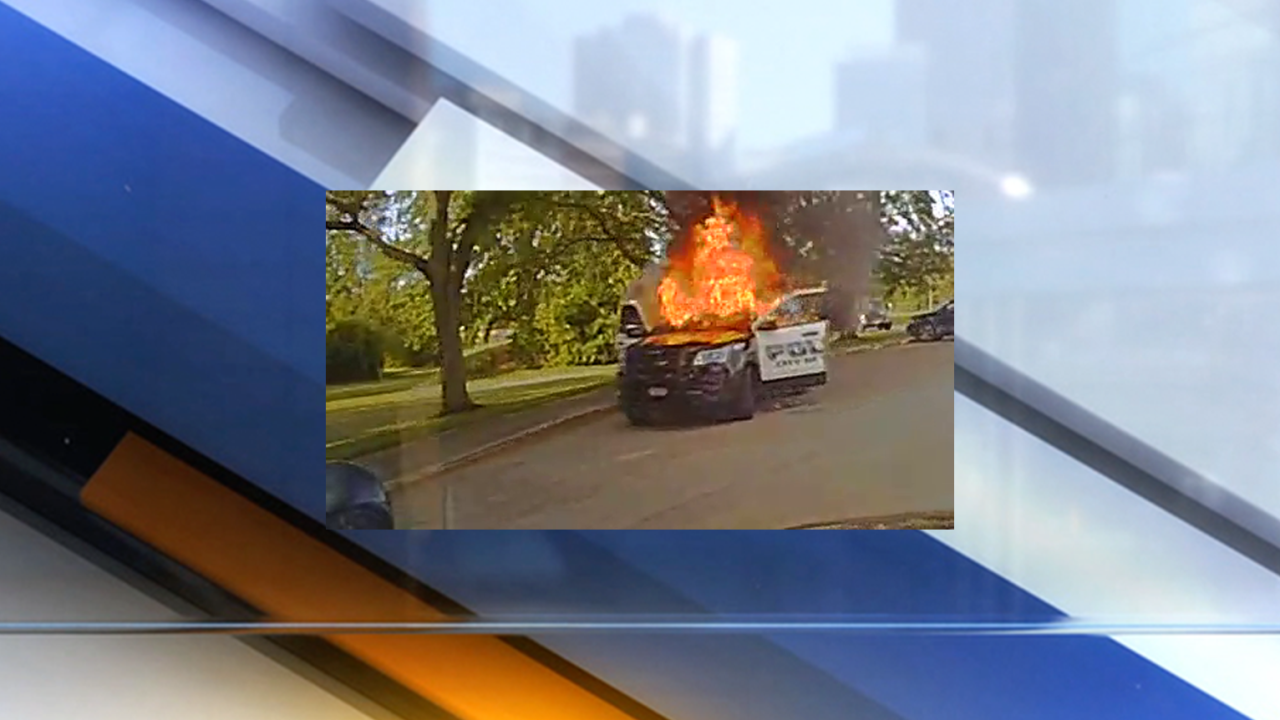 SOLON, Ohio — A Solon police cruiser caught on fire while it was parked in the parking lot of Orchard Middle School Monday morning, according to the Solon Police Department.

Around 8:42 a.m., an officer who was at the school on Som Center Road for routine security patrols had parked his cruiser in the parking lot away from other vehicles in the lot. The officer turned the vehicle off and locked the doors, police said.

While the officer was inside of the school, he noticed the car looked like it was on fire, according to police.

Due to the fire, ammunition from weapons inside of the cruiser “exploded,” which prompted the school to move the children to the school’s gym area, which is on the opposite side of the building from where the fire took place, police said.

The Solon Fire Department was called to the scene and extinguished the fire, according to police.

No injuries were reported from the fire and no reports of damage outside of the cruiser were received, police said.

The cause of the fire is currently under investigation, but police do not believe criminal actions were involved.