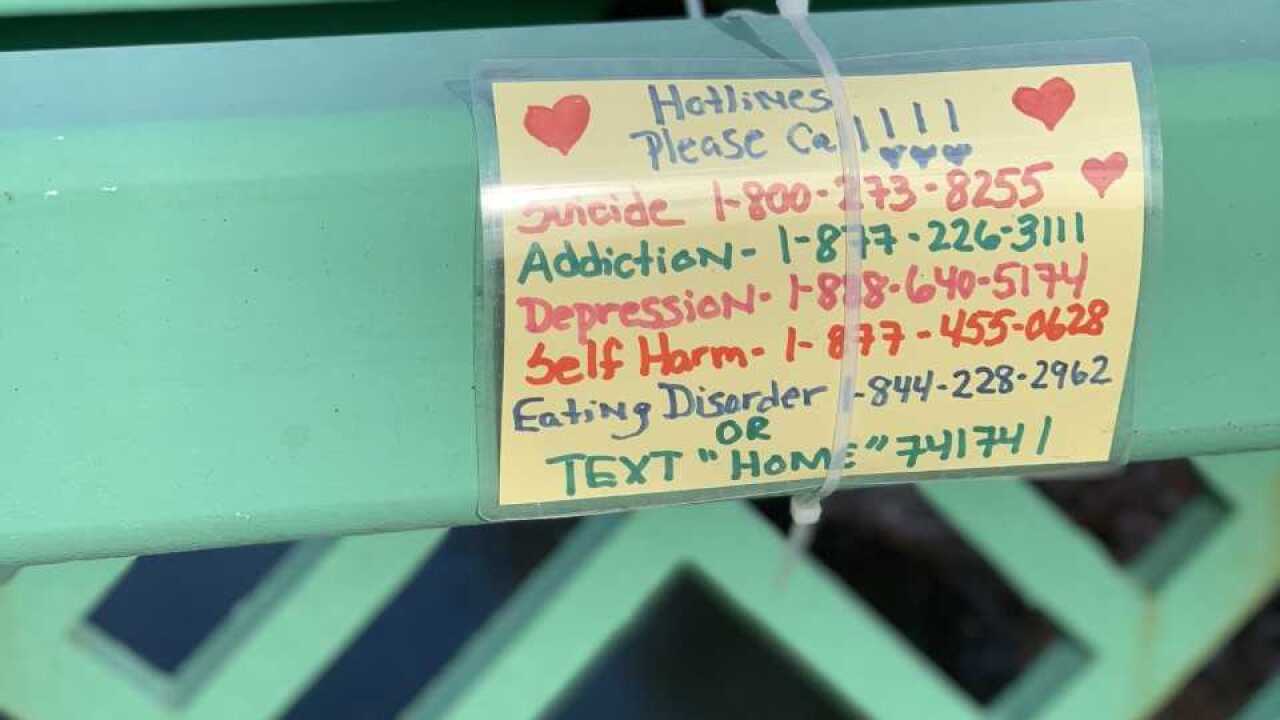 FAIRVIEW PARK, Ohio — One day after News 5 reported on a Fairview Park bridge with hundreds of signs on it encouraging hope and discouraging suicide, those signs were removed.

Two-hundred and fifty signs and notes were attached to the Lorain Road Bridge as part of an effort to prevent suicides there.

News 5 aired a story on Wednesday about the signs.

RELATED: Fence to be installed at Lorain Road Bridge in 2019, but hopeful messages go up in the meantime

Since our story aired, all of the zip-tied signs have since been cut off by someone.

Fairview Park's mayor said no one in the city has any knowledge of who may have done it and they're trying to get to the bottom of what happened.

The woman who placed the signs there is working to replace them.

A permanent protective fence will be installed on the bridge by ODOT next year.