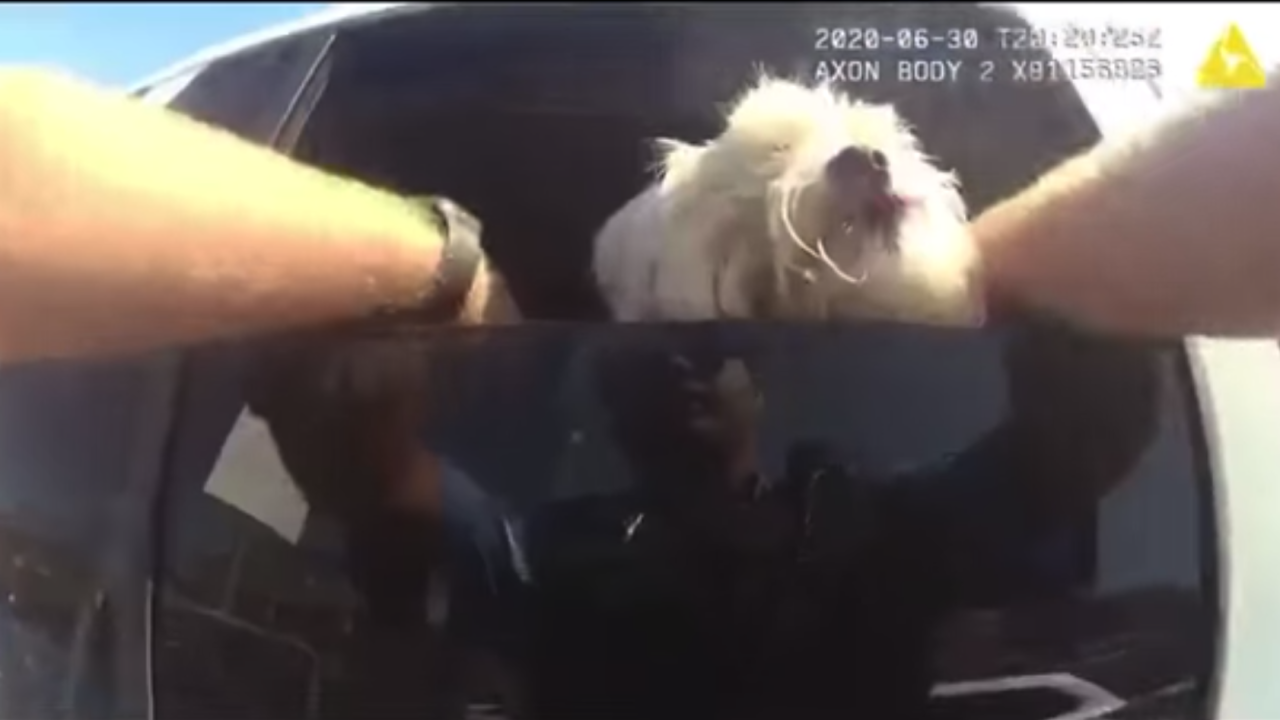 SOUTH EUCLID, Ohio — The South Euclid Police Department shared video of a rescue an officer executed when he spotted a small dog trapped inside of a hot car.

On June 30, around 4:14 p.m., an officer on patrol noticed a small dog that was attempting to jump out of a car in the parking lot of Petsmart on Cedar Road.

There was no one inside of the car and the temperature outside was 86 degrees, police said.

The officer ran the vehicle’s license plate and attempted to locate the dog’s owner but was unable to do so.

Since the officer could not locate the owner, he removed the dog from the window and gave it water, which police said the dog began “chugging.”

The dog’s owner later exited a nearby restaurant. She was charged with cruelty to animals, police said.

Watch the video below: