Pedestrian dies after he's hit by truck, two motorcycles fall on top of him 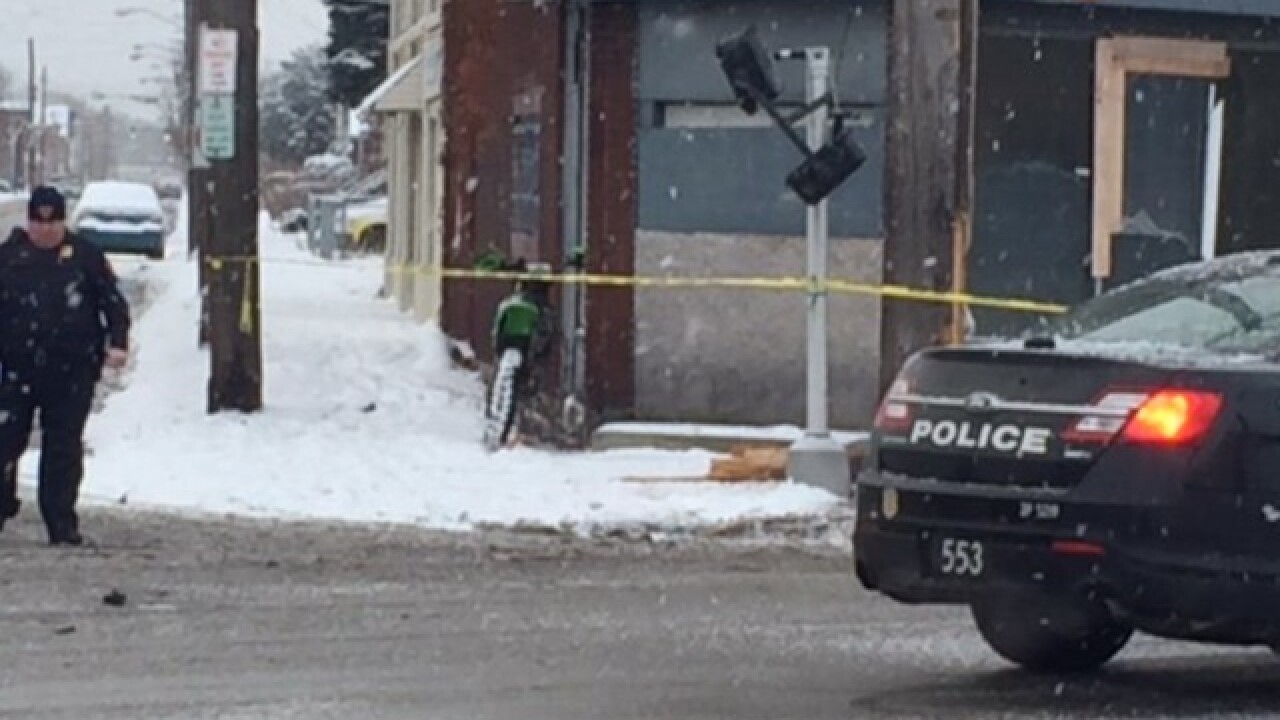 Copyright 2018 Scripps Media, Inc. All rights reserved. This material may not be published, broadcast, rewritten, or redistributed.
Meg Shaw 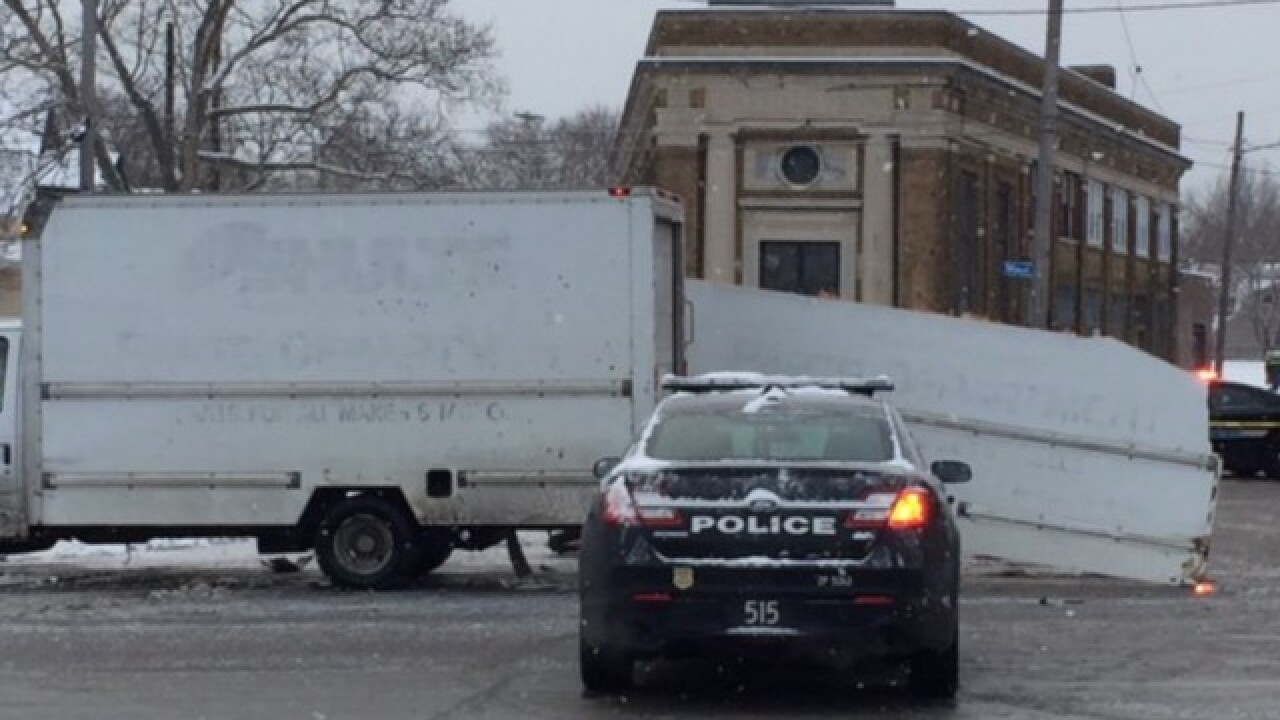 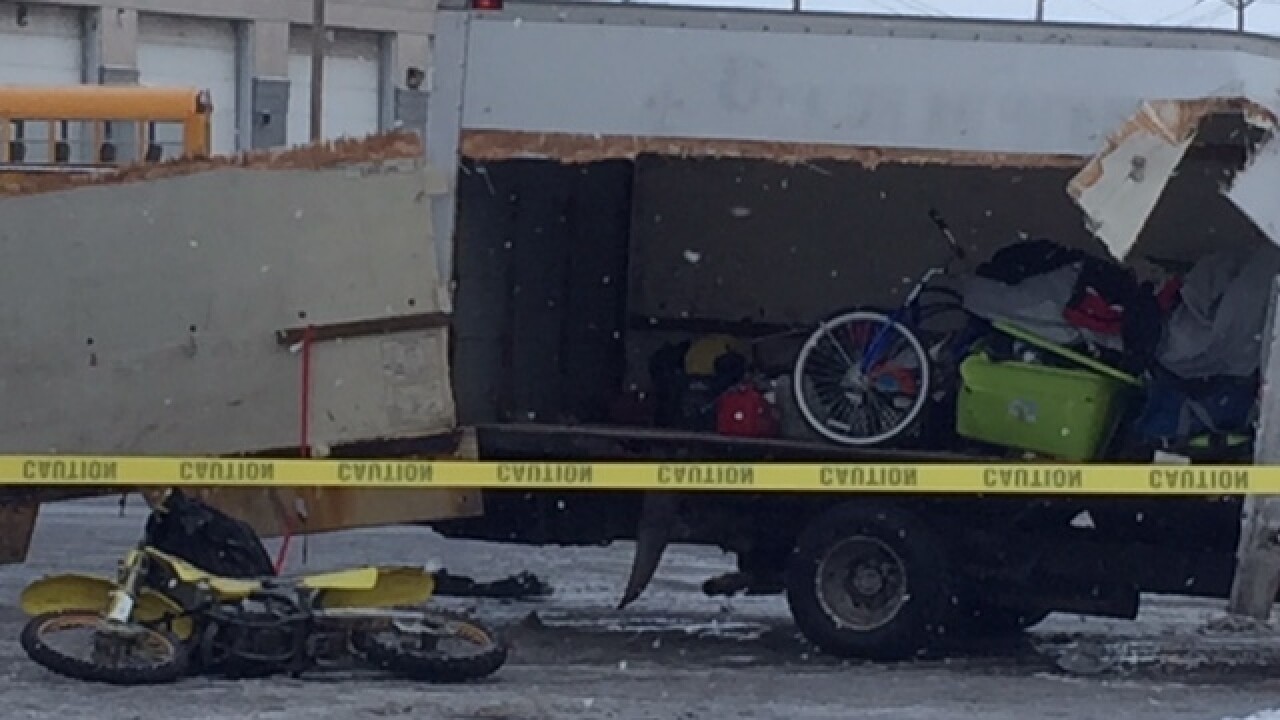 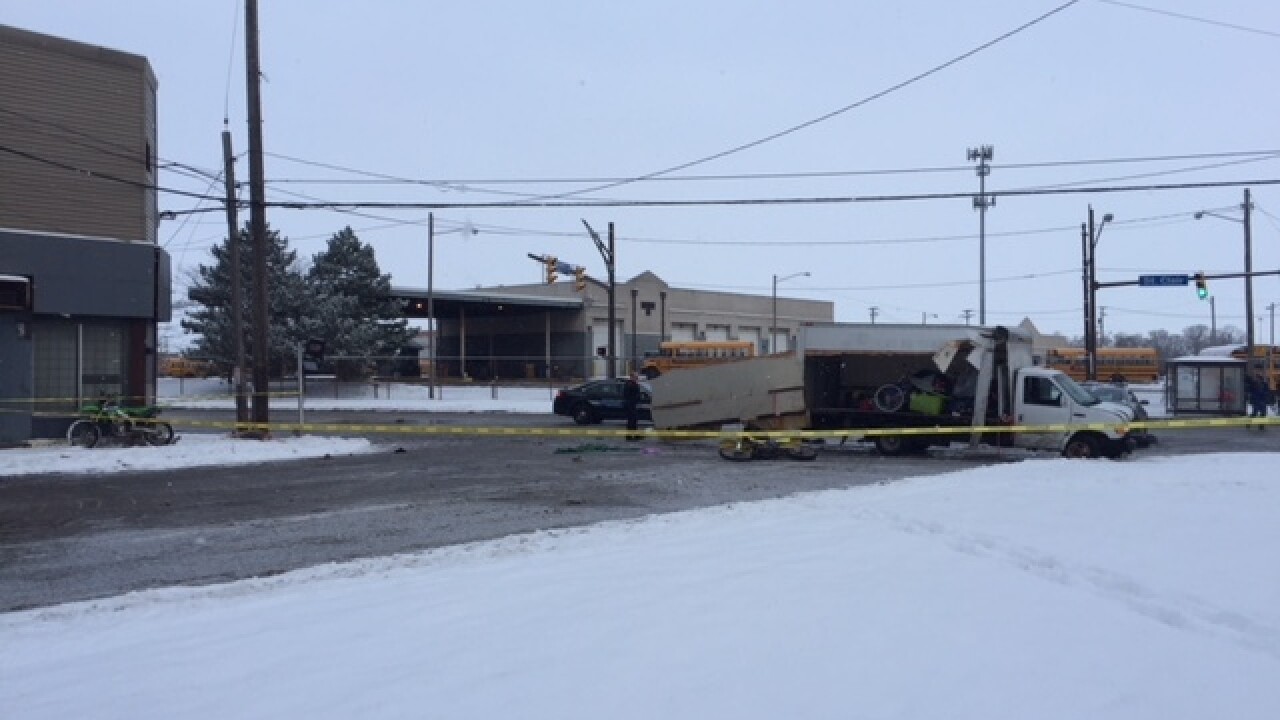 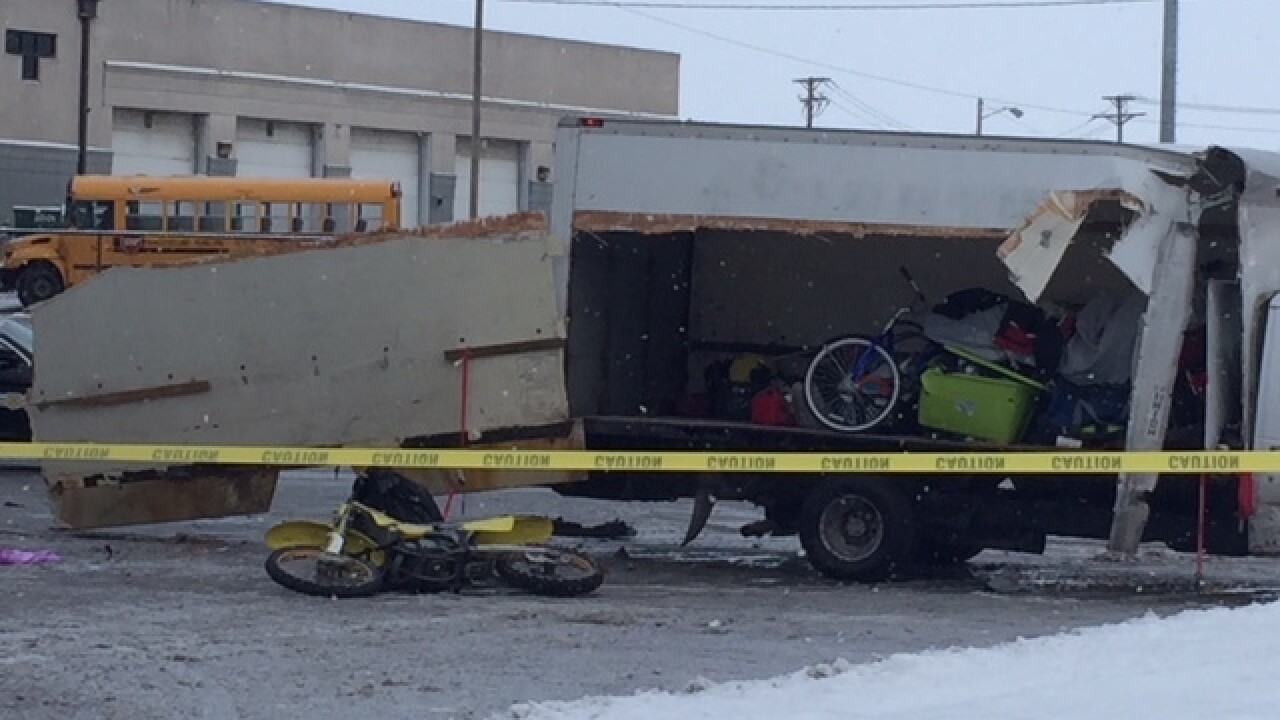 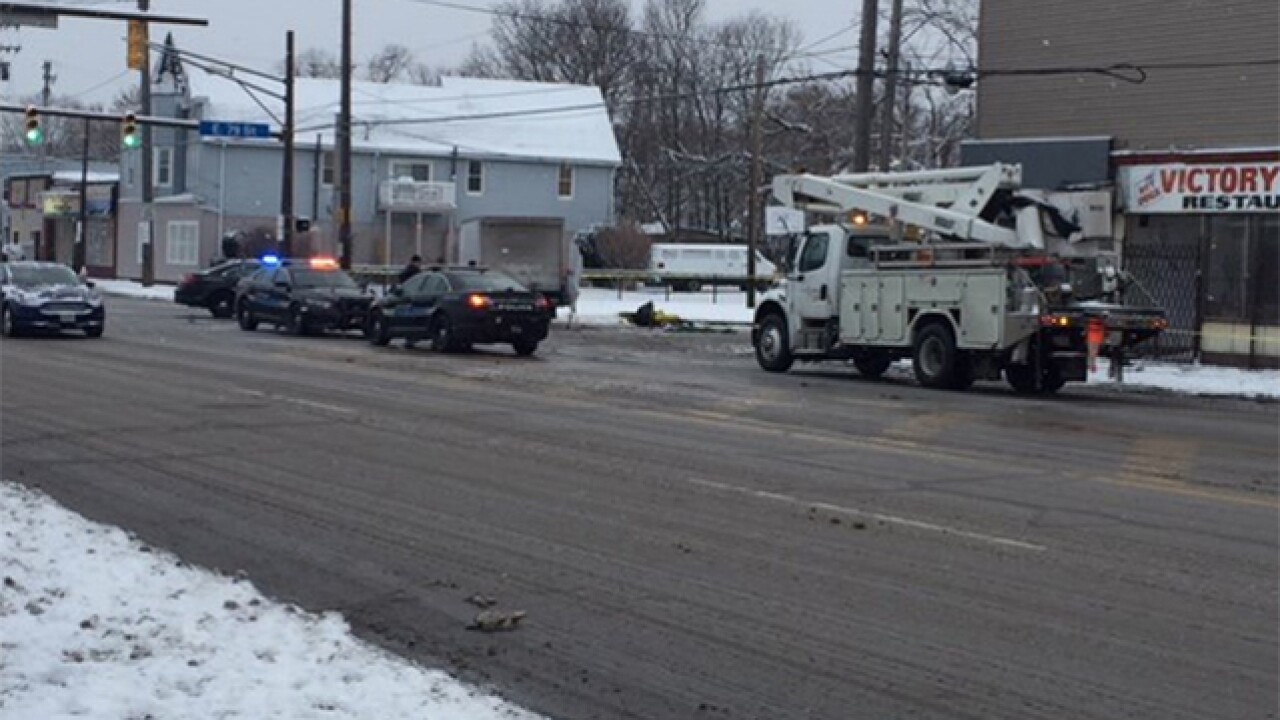 A 20-year-old man is dead after he was hit by a truck on Cleveland's east side Tuesday morning.

Police say, after the truck hit the pedestrian, two motorcycles that weren't secured fell on top of him.

Police say a 20-year-old man was walking eastbound on St. Clair Avenue in the crosswalk when the driver of a 1997 Ford box truck lost control on the icy roadway.

The truck went off the south side of the road, hitting a utility pole, and then continued east on the sidewalk, hitting an RTA bus stop sign and two more utility poles.

It then went back into the road and hit the man in the crosswalk.

The right wall of the box truck was sheared off during the crash, causing two unsecured motorcycles to fall on top of the pedestrian.

The man was pronounced dead at University Hospitals.

Police say the driver initially left the scene but returned and surrendered to police.

The case will be presented to the prosecutor's office for possible charges.