Viral video: Police called on 12-year-old mowing grass which ends up getting him more business 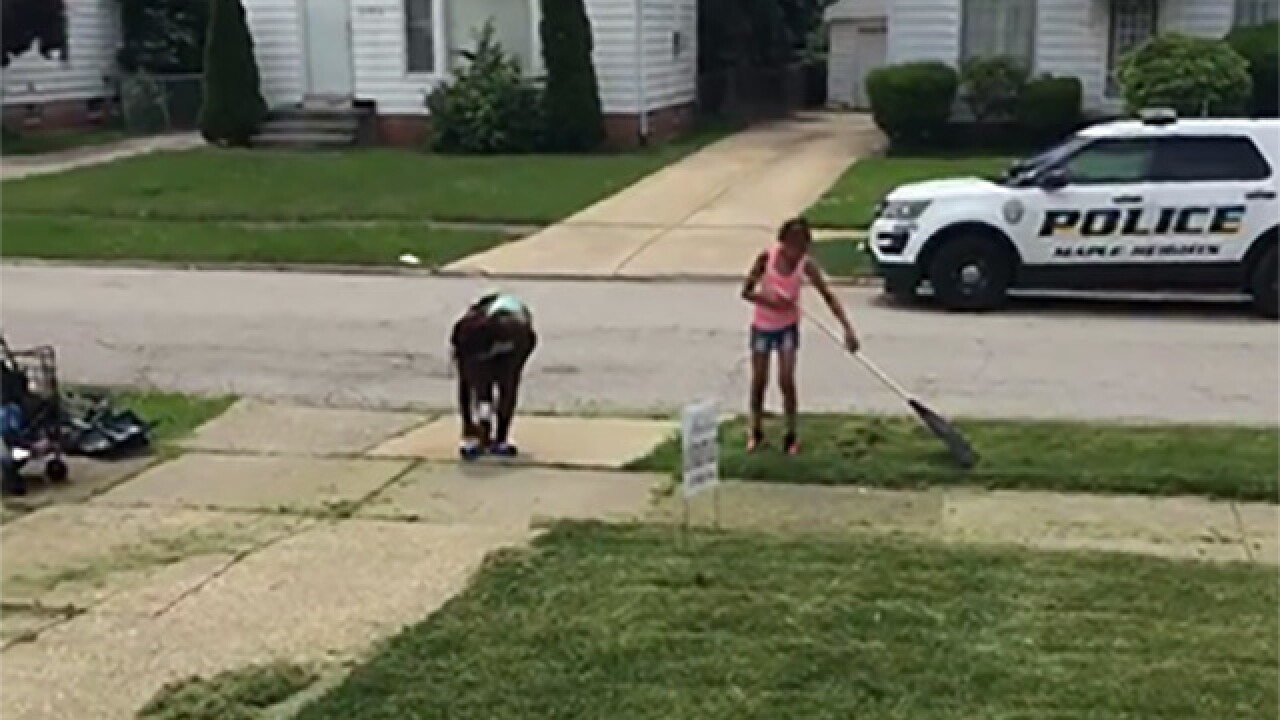 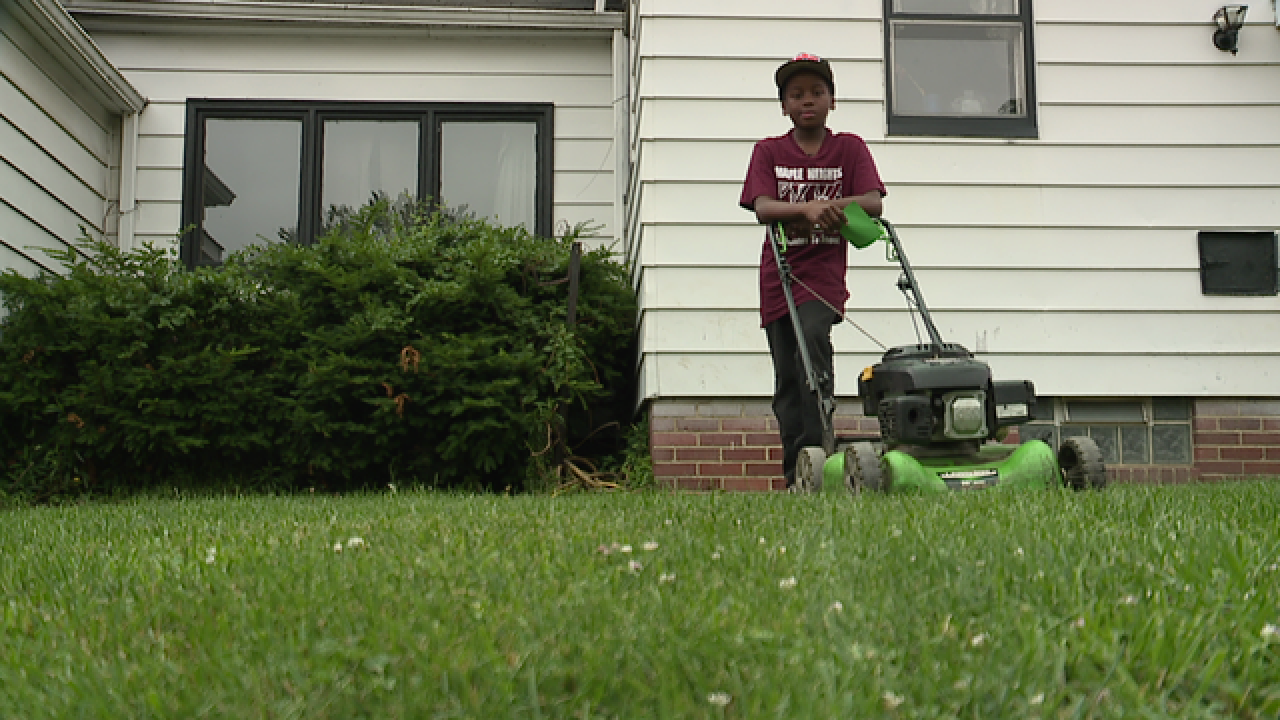 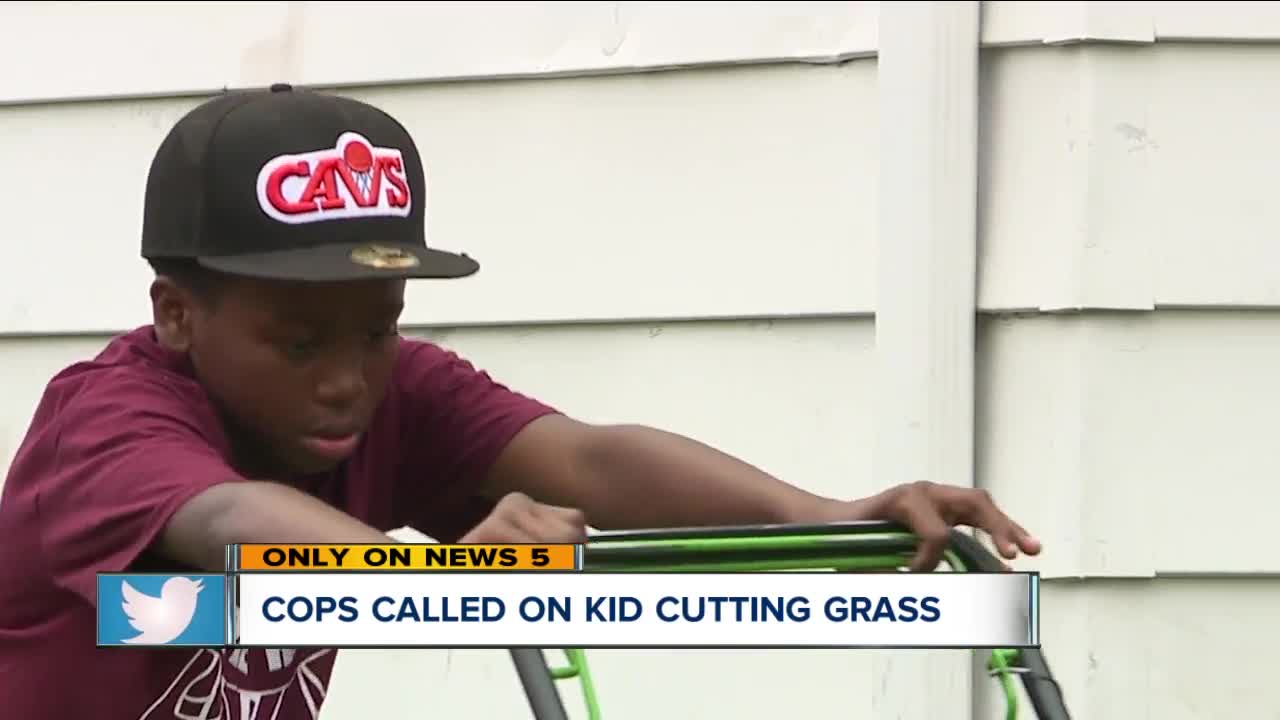 A boy in Maple Heights is running his own business this summer cutting lawns and cleaning up yards.

Reginald Fields, 12, is the owner of Mr. Reggie's Lawn Cutting Service. With several helping hands from his cousins, brothers and sisters, they are up with the sun every day working the neighborhood.

That's what they were doing when someone called Maple Heights police on them.

"They said I was cutting their grass. I didn't know it!" Reggie said.

His customer, Lucille Holt, said she was confused when she saw police, but quickly learned the neighbors called to complain that the group cut a section of their property (about a foot where the two properties butt together) and were in their yard.

"They said the kids cut their grass," Holt explained.

Reggie Fields said the police said nothing to him and the kids. He finished the job and felt a little discouraged.

But that didn't last long.

Lucille Holt created a Facebook post about what happened and ended up with thousands of views and hundreds of shares.

"I guess I have a line where part of it is now my yard. They called the police to tell the police that the kids was cutting they grass," Holt said in the video.

Now, Mr. Reggie is getting a lot of support for his new business from people who see the video and want to make sure he's never discouraged again.

"People are inboxing me like, 'how can I get in touch with this children? Where are they at? I got property I want these kids to cut,'" Holt said.

Reggie, his siblings and his cousins are getting calls from all over the city now.

Reggie said he's trying to save the money he earns to buy new equipment and grow his business.

As for the neighbor who called police, they called News 5 to say they saw the Facebook video, but didn't want to go on camera.