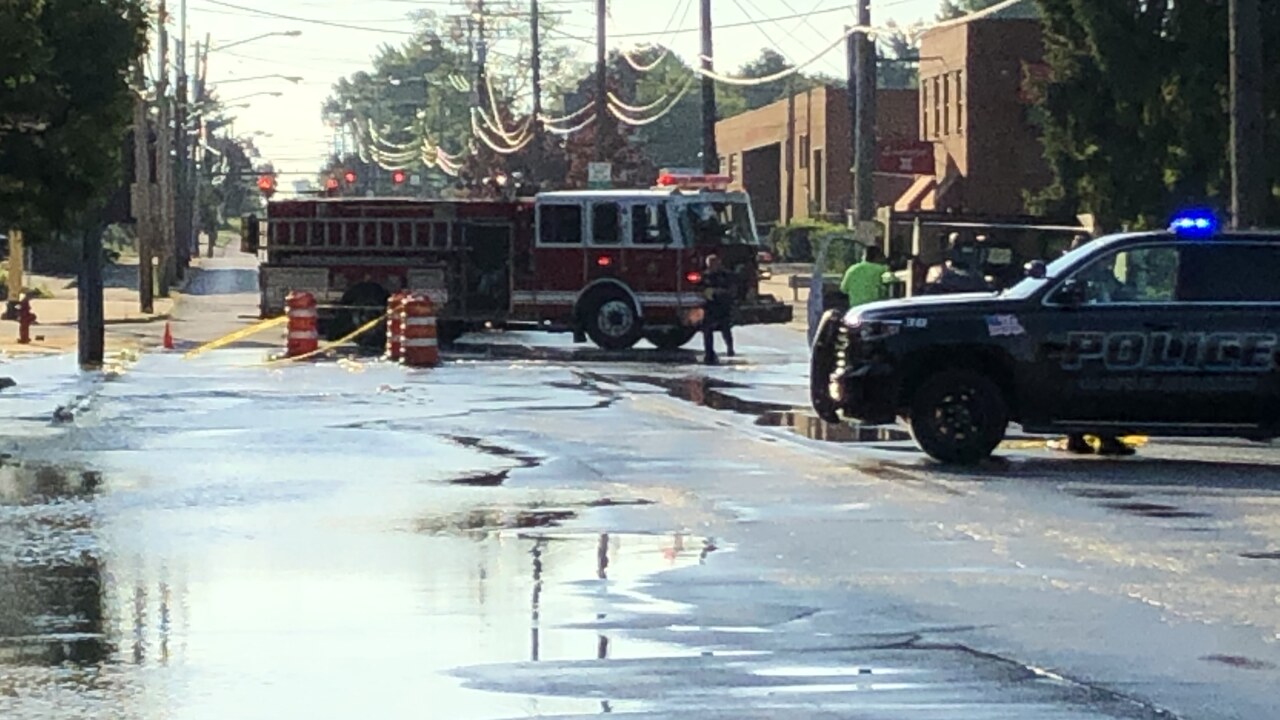 MAPLE HEIGHTS, Ohio — A water main break has shut down a portion of Broadway Avenue in Maple Heights until at least Tuesday afternoon, officials stated.

Broadway Avenue will be shut down to Lee Road due to the water main break. Only local access to the road is permitted, and no other vehicle traffic may pass due to poor road conditions, according to a notification from the Cuyahoga Emergency Communications System.

Officials said the road will be closed through at least Tuesday afternoon.

The break on the 10-inch water main was first reported Monday morning on nearby Libby Road, and it caused some basements to flood, according to Cleveland Water spokesperson John Goersmeyer. The flooding caused some damage to the street and forced the closure of Libby Road between Paine Avenue and Broadway Avenue.

No boil alert has been issued at this time.

The cause of the water main break is unknown, but Goersmeyer said these breaks are typical in the summertime during "fire hydrant flushing season." He said they have had fewer water main breaks this summer and during this past winter.