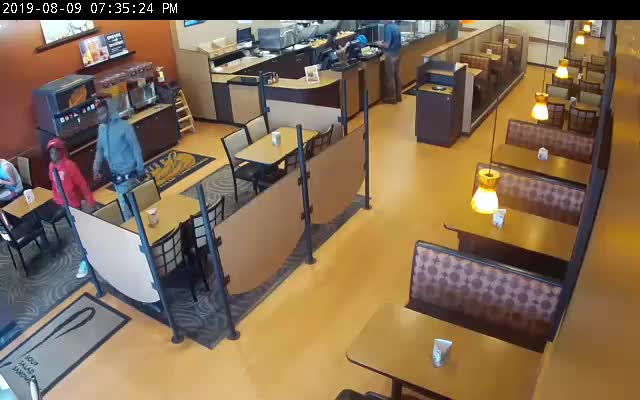 Westlake police released this surveillance video from Zoup! that shows two men who they say stole a woman's purse on Friday.

WESTLAKE, Ohio — Westlake police are searching for two males who they say stole a purse from a woman at a restaurant Friday evening.

At about 7:37 p.m., Westlake police officers responded to a report of a theft form the patio at Zoup! Restaurant at The Promenade of Crocker Park, according to a Westlake police news release.

While one of the males distracted the woman by asking questions, the second male grabbed her purse, police said. Both of them then fled into a waiting black Honda CR-V.

Officers found the getaway vehicle, which was reported as stolen out of Cleveland, driving east on I-90 and attempted to stop it, the release states.

The driver was, it appears, a third male who refused to stop. Officers followed the vehicle for about two minutes before discontinuing for safety reasons, police said.