After years of welcoming visitors downtown, the LeBron James banner is getting replaced

City leaders unveiled on Friday the replacement for the iconic LeBron James banner that stood for years on the Sherwin Williams building.

The design features one of the "Guardians of Traffic"—the iconic stone carvings on the Hope Memorial Bridge that have stood for years as a welcoming landmark for visitors arriving in downtown Cleveland. It's set to make its debut around Oct. 1 on the Sherwin Williams building, across from Quicken Loans Arena.

RELATED: It's official: The iconic LeBron James banner in downtown Cleveland is coming down

The Cleveland Planning Commission gave the final approval on the banner proposed by the Cleveland Cavaliers. The Downtown Flats Design Committee gave their approval for the banner on Thursday.

It was the end of an era in July when the banner came down—officially ending James' time in Cleveland as he embarked on a new journey with the L.A. Lakers.

The banner became a fixture of pride for Clevelanders and people visiting downtown and was a reflection of excitement and revival happening across the city.

The "Guardians of Traffic" are a part of the city's history. The Hope Memorial Bridge originally named the Lorain-Carnegie Bridge, opened in 1932. What separated this from other bridges in the city, and even in the country, was the architectural elements that featured the four massive stone pylons with eight figures representing the Guardians of Traffic. 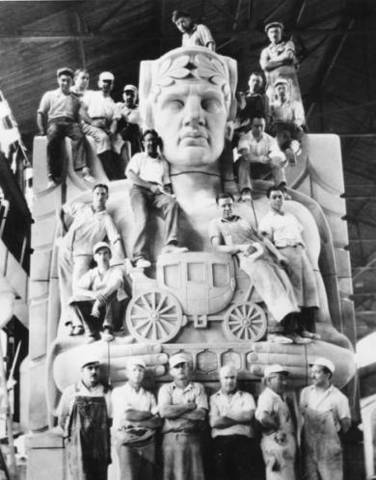 These four double-sided pylons, standing at 43 feet tall, were carved out of sandstone from Berea. These "Guardians of Traffic" represent technological advances made in transit, with each Guardian holding a different vehicle in its massive hands. 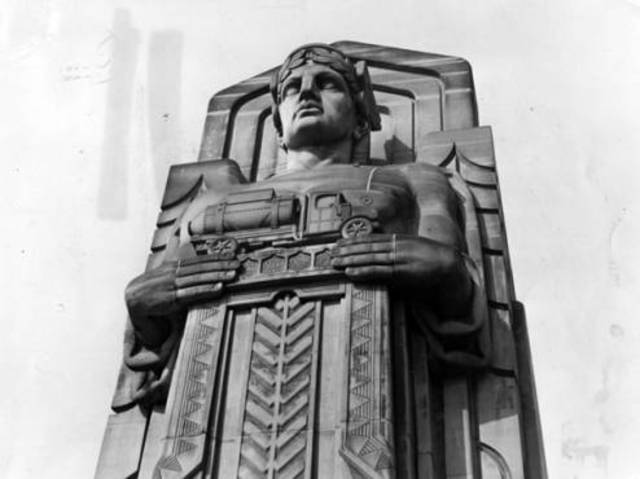 One of the pylons for the Lorain-Carnegie bridge. These stone pylons are known as the "Guardian of Traffic". Photo courtesy: Cleveland Memory Project.

The bridge was renamed the Hope Memorial Bridge, in honor of the father of entertainment Bob Hope, who was a Cleveland stonemason.