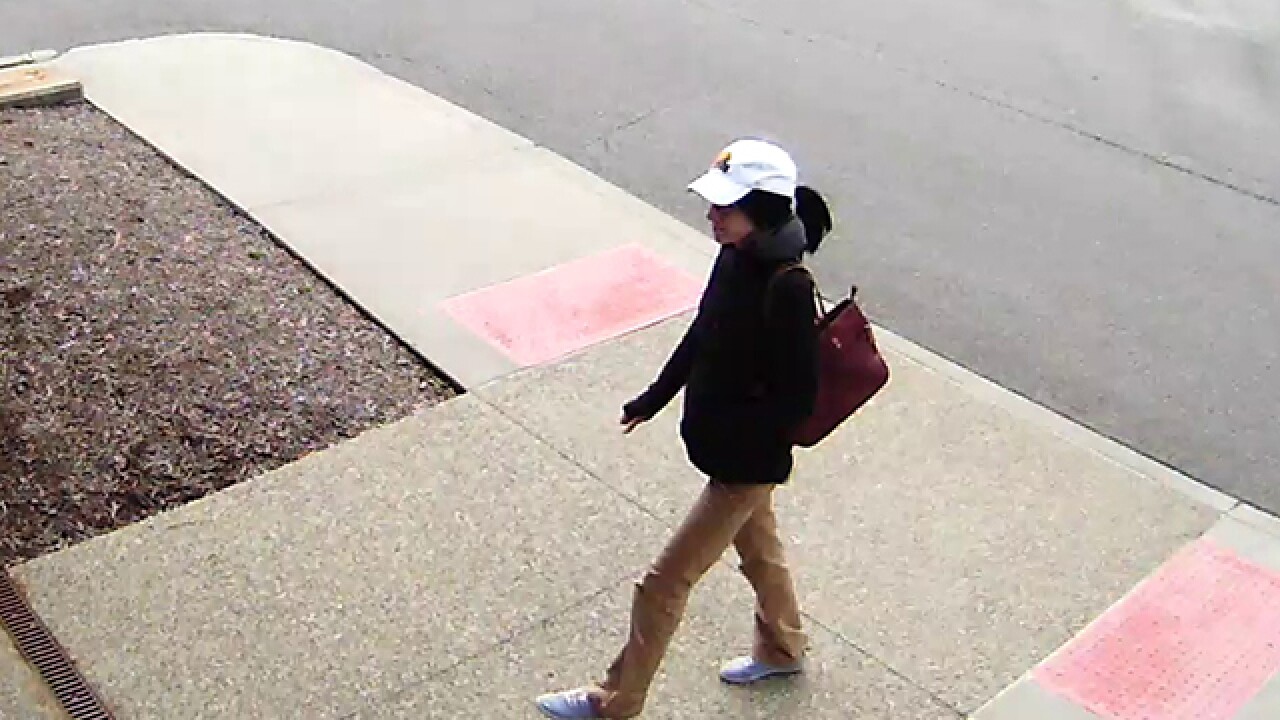 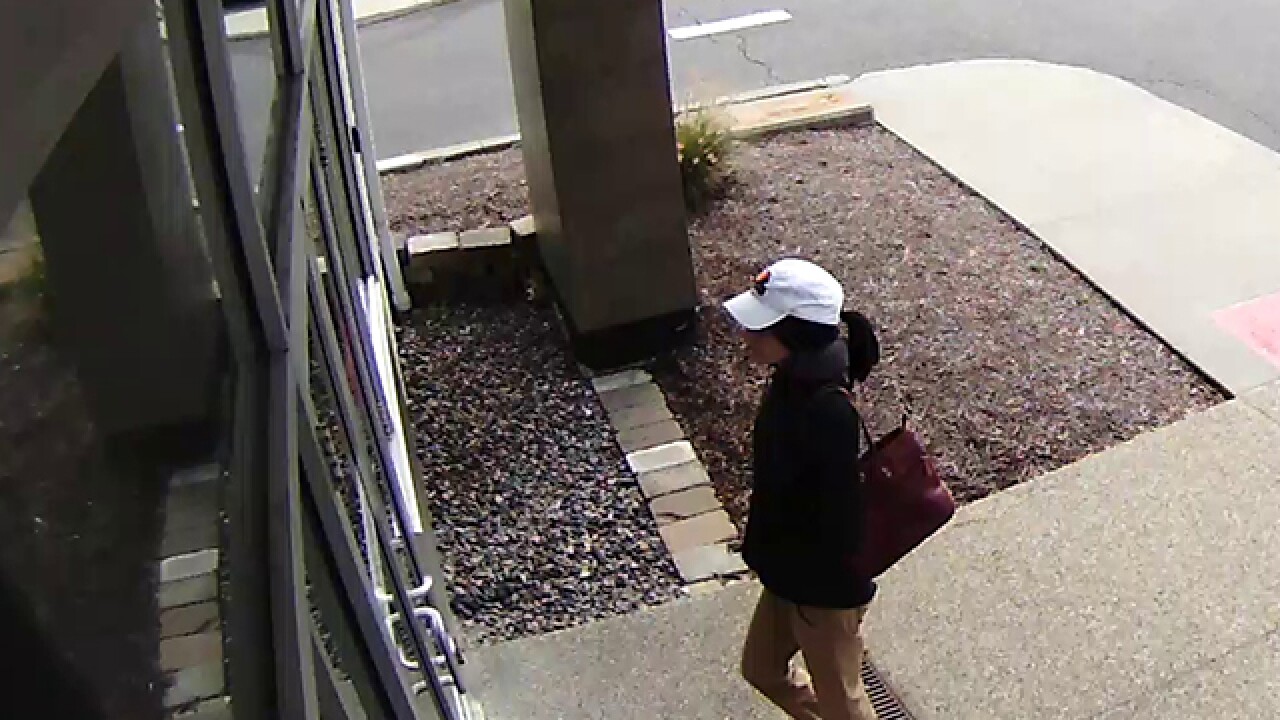 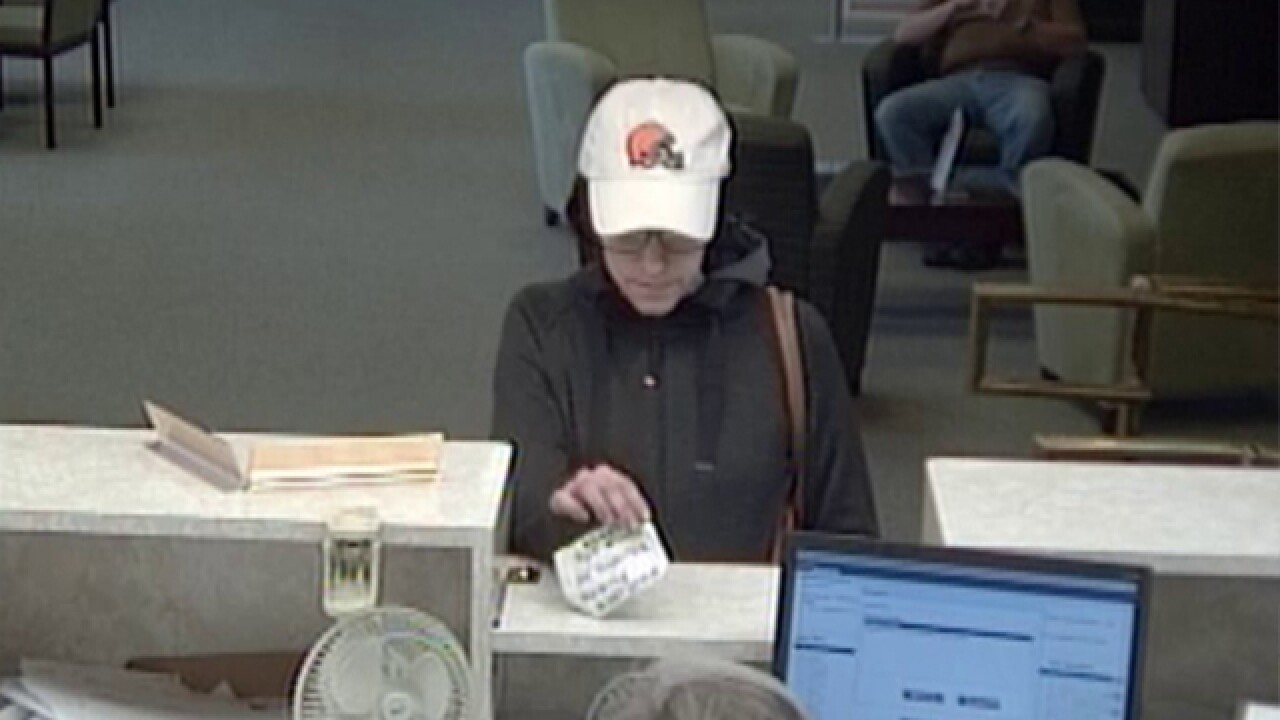 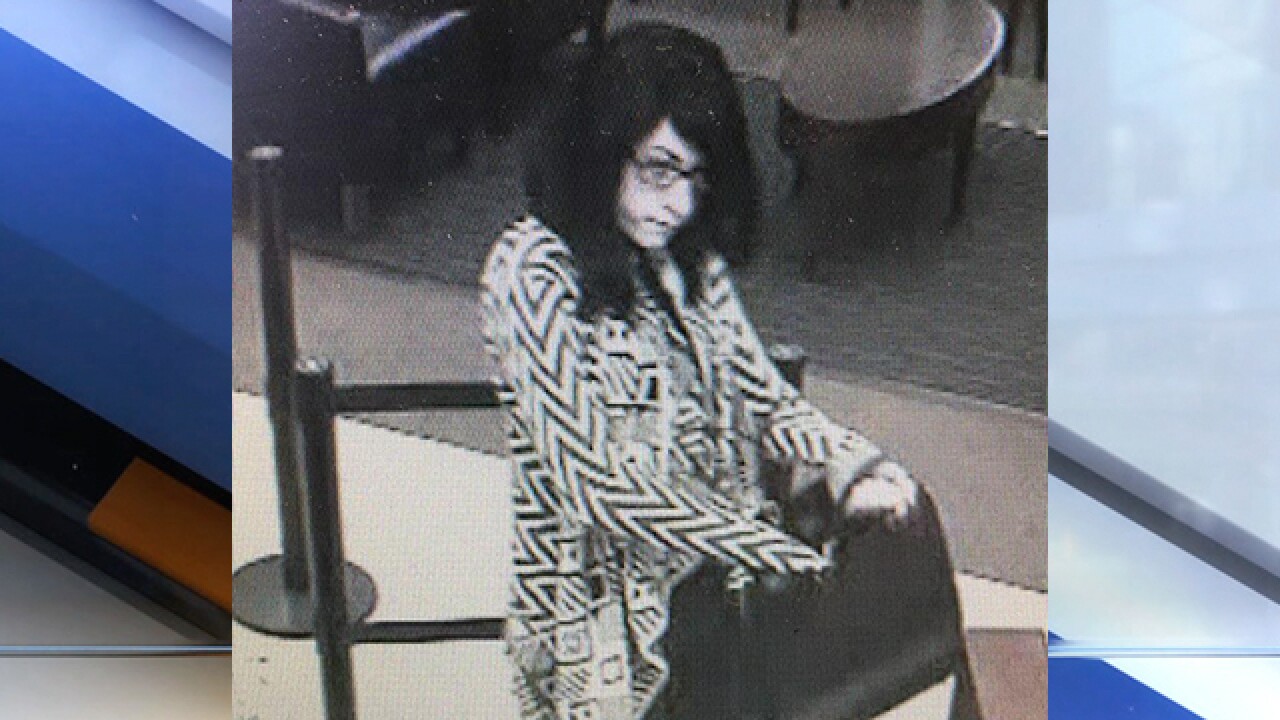 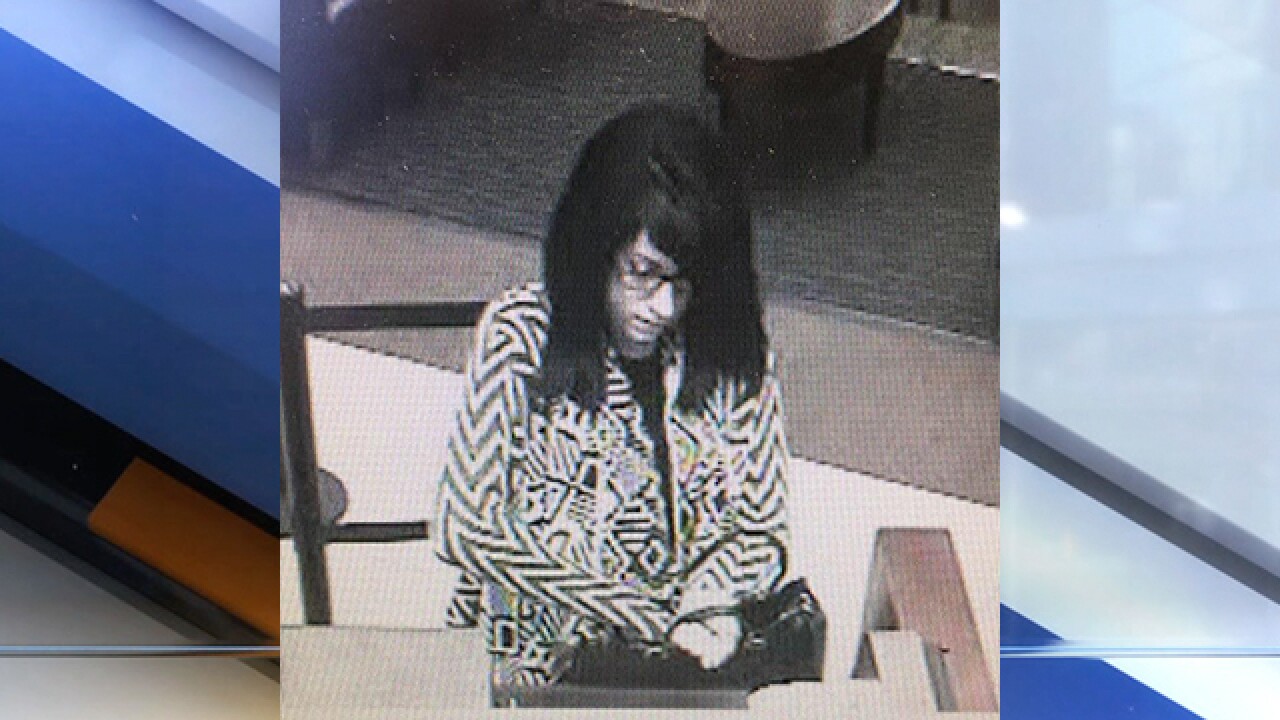 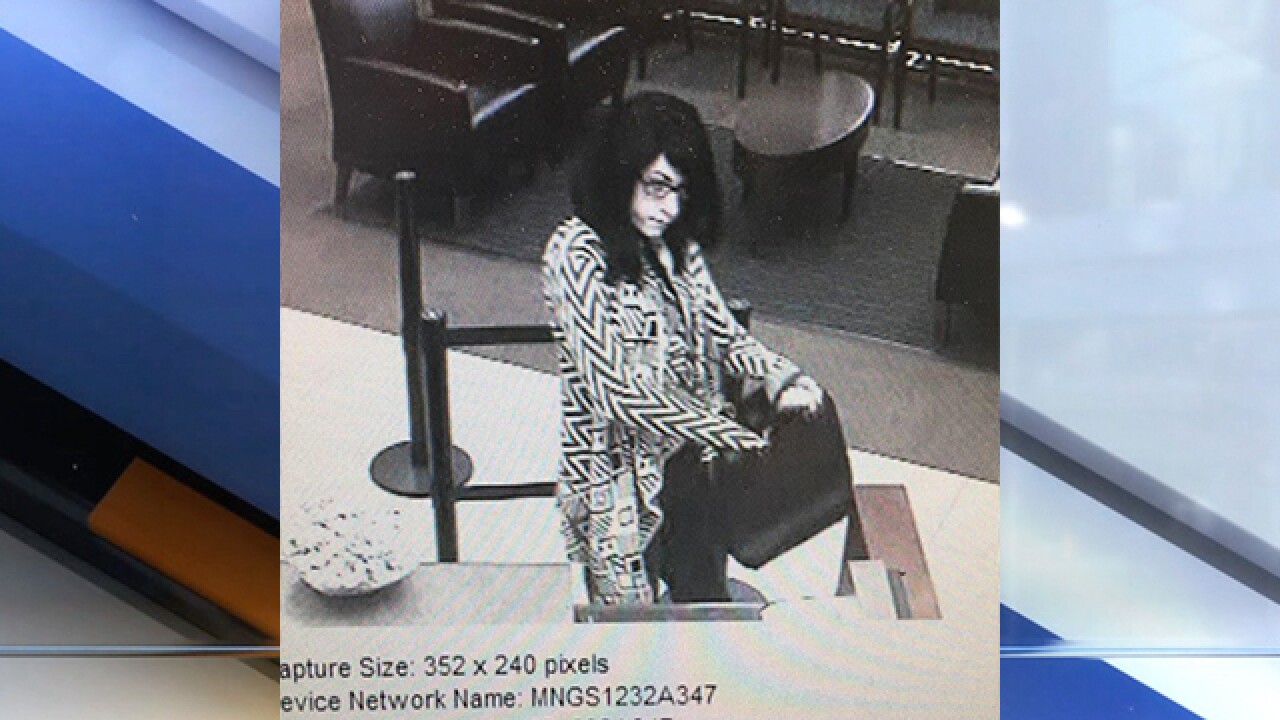 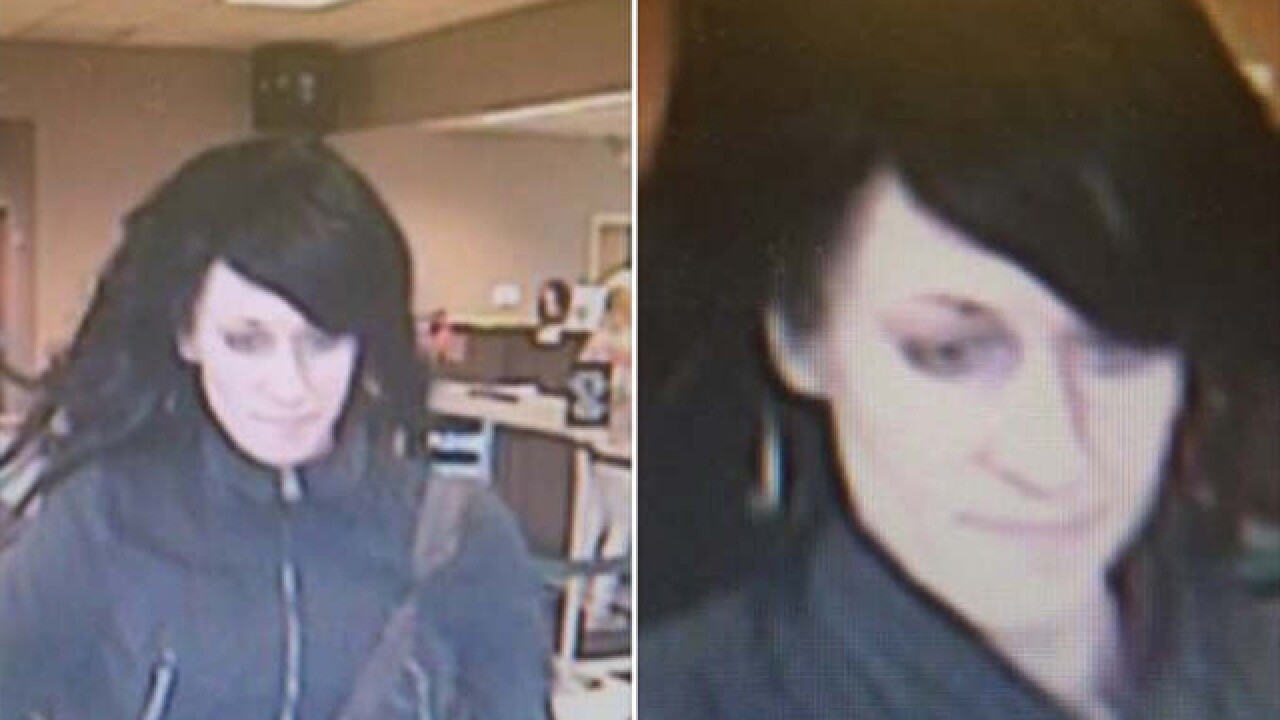 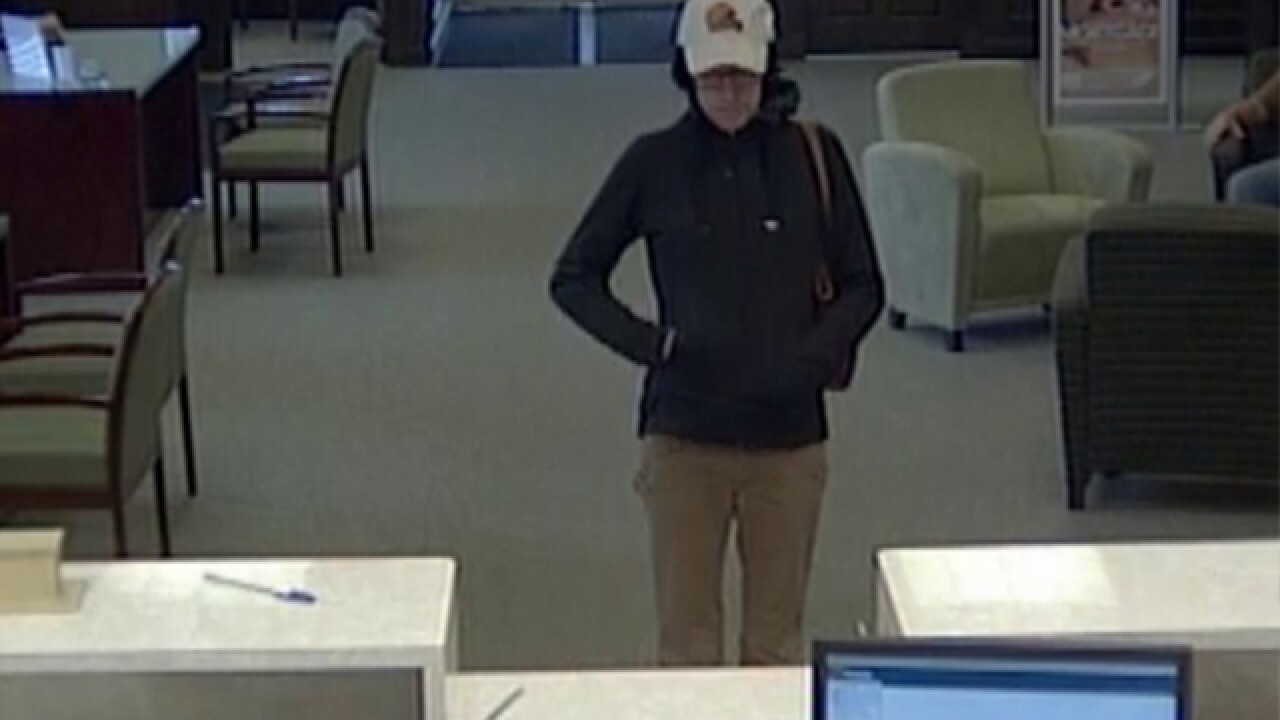 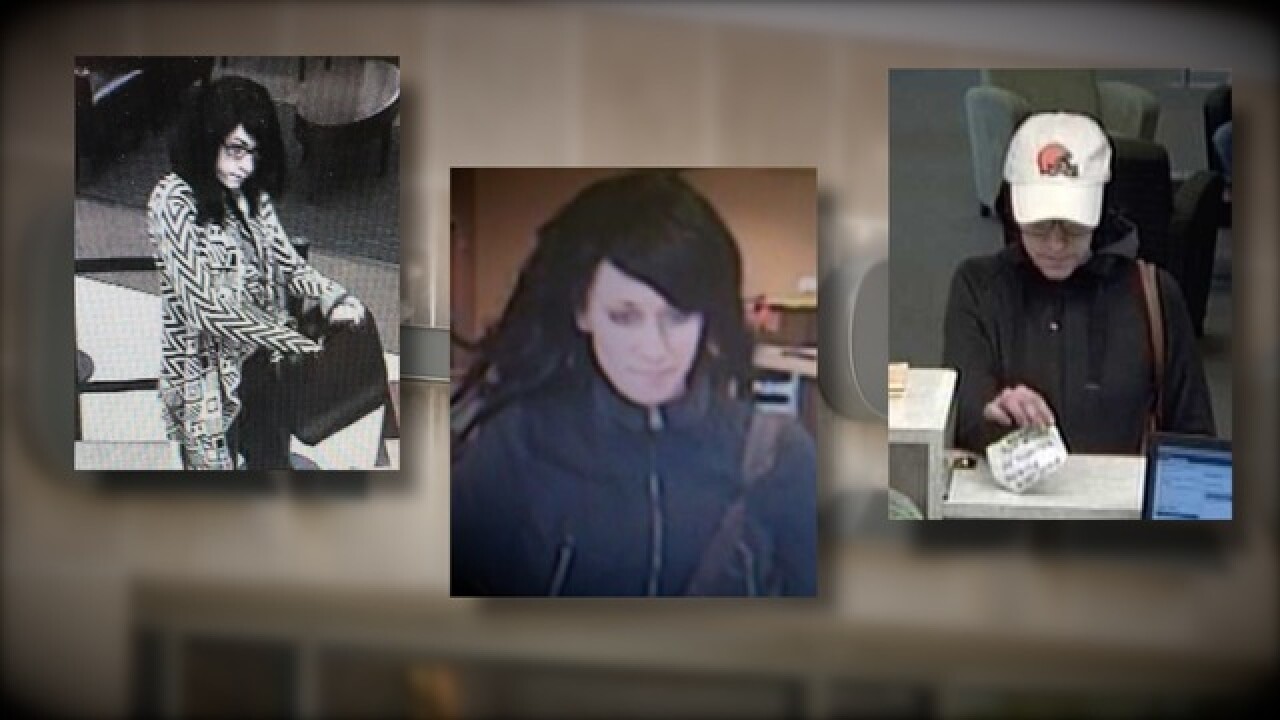 Authorities are looking for a woman who allegedly robbed several banks across Northeast Ohio.

According to an FBI spokesperson, on Oct. 12 just before 6 p.m., the woman walked into Chase Bank, 3265 W. Market St. in Fairlawn, and passed a threatening note to the teller.

The bank employee handed over an undisclosed amount of money and the suspect left.

On Oct. 4 the woman entered First National Bank, located at 2111 Richmond Road in Beachwood, and presented a teller with a similar note and left after the teller handed over an undisclosed amount of cash.

Authorities said the woman is also suspected of robbing Andover bank in Conneaut on Sept. 20.

She may also be responsible for a Medina bank robbery in which the the thief's face was covered.

"The priority is high to identify her and get her into custody," said Fairlawn Detective Dave Zampelli. "She's kind of changing her looks, but again, we believe that it is the same individual responsible."

Police said the suspect is described as a woman in her early 20s, standing about 5-foot-6-inches tall and weighing 90 to 100 pounds. She has dark black hair, but it may have been a wig. She was last seen wearing seen wearing glasses and a multi-pattern sweater or jacket and carrying a large purse.

FBI spokesperson Vicki Anderson and local police said serial bank robberies are not uncommon, but it is unusual when the suspect is a woman.

"Most generally speaking, bank robberies are committed by males not females," Zampelli said.

Tipsters can remain anonymous. A reward is available for any information leading to the successful arrest and prosecution of the suspect, police said.